A Palm Beach spec house built on a site once owned by former President Donald Trump is in contract to sell for close to its $140 million asking price, according to a person familiar with the transaction. If the deal closes, it would make the house one of the most expensive ever sold in the U.S.

The price falls just shy of the national record for a single-family home: the $165 million paid by Amazon Chief Executive Jeff Bezos last year for a Los Angeles estate. Hedge fund manager Ken Griffin holds the record for the most expensive condo ever sold in the U.S. for his $238 million deal for an apartment at 220 Central Park South in New York.

The Palm Beach property was only on the market briefly, having listed for $140 million a few weeks ago. Located in one of the wealthy community's toniest enclaves, it is directly adjacent to a mansion owned by billionaire businessman Nelson Peltz, records show. The recently completed nine-bedroom house, contemporary in style with floor-to-ceiling windows, is about 21,000 square feet, according to the listing. It sits directly on the ocean and has a mix of hardwood and polished stone floors, massive entertaining spaces, a bar, a game room, a wine cellar and a beauty salon. On the grounds is an outdoor movie theater and a huge pool with partially submerged sun loungers, the listing pictures show.

The seller is a limited-liability company controlled by Florida homebuilder Mark Pulte, records show. At one point the waterfront lot was part of the former Trump waterfront estate known as Maison de L'Amitié. Mr. Trump sold the estate in 2008 for $95 million to Russian billionaire Dmitry Rybolovlev. The property was later divided it into three lots, one of which was sold to Mr. Pulte for $37 million in 2017.

A person with knowledge of the transaction said the buyer is a New Yorker relocating to Florida amid the pandemic. Some of New York's wealthiest residents migrated to Palm Beach during the Covid-19 crisis. 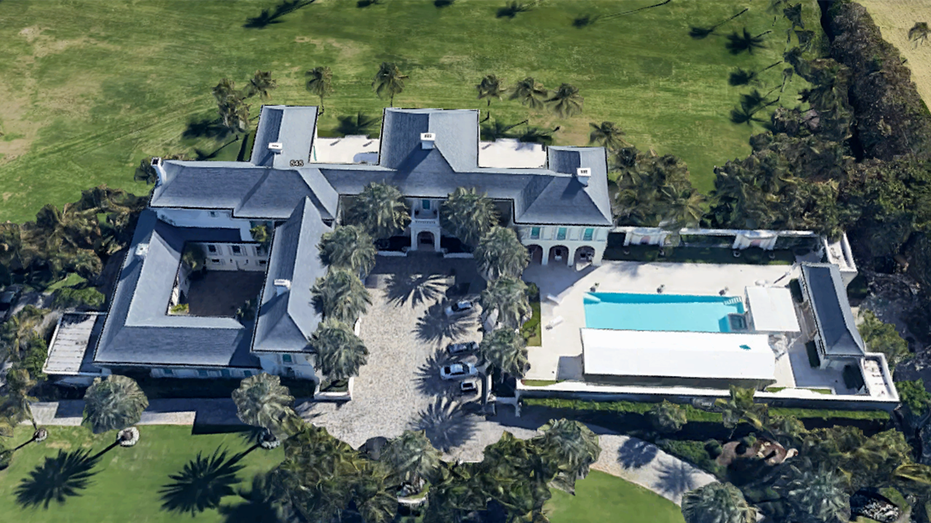 Lawrence Moens of Lawrence A. Moens Associates represented the seller. The buyer was represented by Ryan Serhant of Serhant, who worked with Christopher Leavitt of Douglas Elliman in Florida.

Bannon on Trump era technique: 'Flood the zone with sh*t'