In the age of companies publicly sharing their diversity numbers, the increasing assumption in corporate America is that the playing field for advancement to leadership has been leveled.

Yet such is not the case. Catalyst’s 2019 list of “Women CEOs of the S&P 500” reveals the usual shortcomings in gender parity in the executive suite, with women holding a paltry 5.4% of CEO positions in America’s top firms.

And many people of color fare even worse: For example, Fortune reported in 2018 that the number of black CEOs in the Fortune 500 is only three, the lowest ever in the last 18 years.

Certain industries like technology have particularly poor track records for women and other minorities. A study from the Kapor Center found that a number of inequities in the workplace are driving women and other underrepresented groups away from the industry before they have a chance to rise to executive positions.

The research found that almost a third of women of color, for example, were passed over for promotion opportunities. And men from underrepresented groups, including African Americans, Latinos, and Native Americans, were more likely to leave a company due to unfairness (40%) than any other group.

When women and other underrepresented groups in tech report being treated unfairly at work and ultimately leave their companies, they stymie their chances for career advancement within their organization. And as a whole, women leave the tech industry at a rate 45% higher than men. 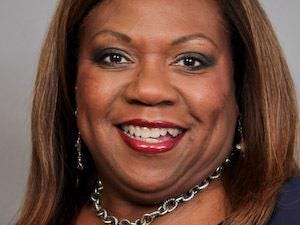 Tech isn’t the only industry with this problem, however, according to Portia Kibble Smith, an executive recruiter with four decades of corporate experience, 30 years of which have been on the recruitment side.

“The reality is that many D&I programs, and the chief diversity officers (CDOs) who champion them, have not been properly equipped to make impactful changes in how their companies recruit, retain, and promote diverse talent,” Smith said.

She should know. In her role as an executive recruiter at Karat — a company that conducts technical interviews on behalf of businesses hiring software engineers to create a more predictive, fair, and inclusive process — Smith serves as the diversity and inclusion (D&I) lead.

After spending the first decade of her career in sales and marketing, first at Xerox and then at IBM, she switched to the recruitment side at Sprint Corporation back in 1991, where she spent 12 years. Since then, Smith has served in recruiting roles that focus on placing diverse job candidates into executive positions.

In addition to her role at Karat, Smith serves as the president and CEO of her own firm, PKS Executive Search and Consulting. This keeps her connected with industry leaders and recruiting trends from across the business landscape and provides valuable insights that she shares with Karat clients and partners through events like the “Real Talk: Diversity in Tech” series.

Over the course of her recruitment career, Smith has placed countless executives in corporate behemoths that include not only Sprint but Morgan Stanley, Verizon, Facebook, Blackstone, Accenture, and Brightstar, to name a few.

Smith told Insider that when she was starting her career at Xerox as a black woman in tech in the early 1980s, D&I programs were “virtually nonexistent.”

“The few that did exist were primarily focused on mitigating the risk of lawsuits,” Smith said. “The programs often failed to encourage a culture that values equality and inclusion from the C-suite on down through the organization.”

Today, while some slow progress has been made to corporate D&I programs, the question still remains: What can women and people of color do to break through to the executive level as the industry continues its snail-paced improvement? Smith shared her top three strategies for diverse candidates in any industry.

Focus on what you can control

Smith explained that on her own journey to executive positions and company leadership, the number-one key to success was focusing on what she could control.

While she recalled that it was almost impossible to get noticed based on her merits early in her career, a mentor of hers pointed out that sales offered a level playing field.

“In sales, it didn’t matter what I looked or sounded like, just that I made my numbers and kept clients happy,” Smith said.

When Smith went to Xerox as a marketing representative, she still experienced hurdles, such as “customers not wanting to speak to a black woman” — but she had “supportive managers” who kept her focused on what mattered: the numbers, she said.

Smith suggested that women and people of color can leverage this same idea for resumes, reviews, and interviews when targeting an executive position.

“Focus on the outcomes that you’ve driven and how you’ll continue to do that to help the company succeed moving forward, and include any numbers or metrics you helped achieve to make the results real,” she said.

Another important element to understand about executive placement is the fact that a lot of executive searches are conducted privately, rather than publicly announced.

“Executive roles aren’t always posted to job boards or careers pages, so stay in touch with your network and keep your ears open for opportunities that may not come through traditional channels,” she said.

Emphasize ‘culture add,’ not culture fit — and look for companies that value the former

Smith explained that the concept of “culture fit” — looking for executive candidates who appear to be a good match for a specific corporate or leadership culture — is one of the biggest ways that organizations introduce bias into their hiring and promotion processes. Because of this, she advised that women and people of color take a different approach to culture fit by showing what unique and valuable qualities they will bring to their role as a leader.

“If you’re someone who stands out at work, embrace that and point out what you’re adding to the company culture rather than trying to change yourself to fit in,” Smith said. “You’ll never be able to find joy and success professionally, and show your leadership potential, if you’re constantly contorting yourself into something you’re not. Embrace the differences as a positive addition to company culture.”

One thing that Smith said candidates can look for to help identify organizations that value culture add versus culture fit is a benefits package that demonstrates a commitment to inclusion. For example, she noted that Karat offers flexible parental leave options and views the unique perspective that comes from time off with family as an important addition to their culture — a win-win for the employer and employees alike.

She said that from the employer’s perspective, this has a twofold benefit: The company is able to retain diverse talent with a flexible approach, but also gets those culture adds when employees return from leave.

“This is especially important when trying to attract younger executive talent that will have a longer runway,” she said.

Smith said that diverse candidates should keep in mind that people “don’t need to think alike, look alike, or act alike” in a leadership position, which gives women and people of color a chance to show how they are “additive” to the success of the company.

“There’s a mix of customers, so there needs to be a mix of leaders — all the way to the C-suite,” she added.

Leverage the ‘black tax’ to showcase your leadership ability

The executive recruiter said that one way people of color, women, and the LGBTQ community can make sure their employer knows how much value they’re adding is by recognizing the “black tax.”

Smith described the “black tax” as the requirements placed not only upon African Americans but also on other minorities and underrepresented groups to do tasks that support the company’s appearance as a diverse employer — while still additionally being expected to do a standard 40-hour-per-week job.

She said that this might include requests like, “as soon as you get off [of work], you need to take Marla to dinner. She’s an African American candidate who is close to your age and level, and I need you to host, and don’t forget the conference next week that we’ll need you to be at to help recruit.”

By heaping extra responsibilities on to the plates of women, people of color, and LGBTQ employees, these candidates have less bandwidth to invest in their core responsibilities, which can hurt their chances for advancement. But Smith suggested that by instead leveraging these added asks to emphasize your leadership ability, you can circumvent that possibility.

“When I was at Sprint, they asked me why we weren’t hitting our D&I targets,” Smith said. “I was in marketing at the time and this wasn’t part of my job, and I wasn’t being paid extra to do it. But I created their program that recruited directly from HBCUs (historically black colleges and universities) and top MBA programs, and it helped advance my own career as well by giving me direct access to the C-suite.”

Because she was able to help the company achieve its goals, she had direct access to the CEO and entire executive team that not even VPs at the company had.

“They served as incredible mentors to me,” Smith said. “They personally called the recruits that I brought to them and gave me the visibility that helped build my network into what it is today.”

Smith concluded that making sure your employer recognizes the value you’re adding above and beyond your official role can play double duty in helping to prove your executive readiness.

“This goes a long way to demonstrating your ‘culture add’ as well,” she said.

This article was originally published on Insider November 19, 2019.

Amazon-owned Ring under fire for partnership with police

In Bullet Points: The Key Terms of the Brexit Deal

The woke mob is everywhere: Here's where it came from and how one critic believes it can be stopped