Poshmark is the latest resale platform to go public. And some experts say it's a trend that could continue for other e-commerce marketplaces.

In its IPO earlier this month, Poshmark sold 6.6 million shares for $42 apiece, raising a total of $277 million. The peer-to-peer shopping platform now joins the ranks of other resellers that have gone public in the last few years.

San Francisco-based online luxury consignment retailer The RealReal became the first resale company to go public in June of 2019. In October of 2020, resale marketplace thredUp filed paperwork for its US IPO.

"A few things that we have typically seen ahead of some of the big tech IPOs are companies significantly growing their digital market share," said Ed Lavery, the director of investor solutions at SimilarWeb, which provides global digital traffic insights about websites and apps.

"We have also noted market-leading customer engagement compared to incumbents in their industries," a factor he noted that distinguished Poshmark from its competitors. Poshmark.com has the largest traffic share among the top five fashion resale sites in terms of number of visits, according to SimilarWeb. ThredUp, The RealReal, Grailed, and StockX are the other most heavily visited resale sites.

Across the board, resale is on the rise.

According to research from ThredUp, the total secondhand market is projected to grow from $28 billion to $64 billion by 2025 despite current headwinds faced across the entire retail industry. Outside of resale, other marketplace platforms like Faire, an online wholesale B2B marketplace, and Jane, a marketplace that partners with boutique retailers, are also finding success.

According to analysts and experts, the market is right for promising marketplace-based companies to head towards an IPO. To get there, being able to prove profitability is essential, explained Forrester analyst Sucharita Kodali.

"The investors need to see that there's topline growth," Kodali said, adding that a path to reduce spending and proof of organic traffic is also important.

In the case of Poshmark, there was precedent for success, given the success of IPOs for similar marketplaces like Farfetch and Etsy. Additionally, many resale marketplaces like Poshmark have the added bonus of not carrying any inventory, Kodali noted.

In the wake of Poshmark's successful IPO, Insider asked various experts what similar marketplace companies to expect to go public in the near future. Here's what they said: 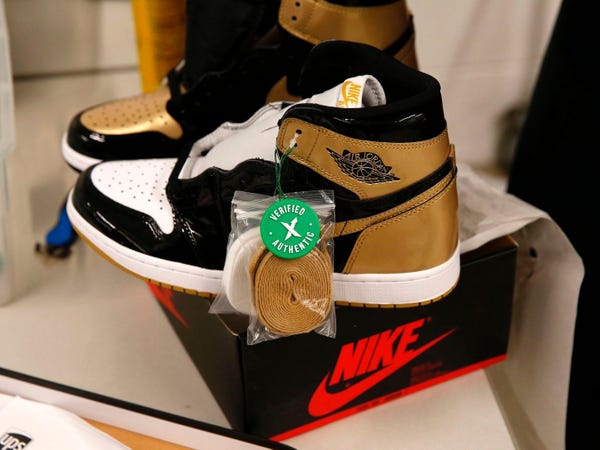 StockX, a leading resale platform for sneakers, streetwear, and other collectibles, announced in a July report that it had surpassed $10 million in lifetime sales and had its two biggest sales months ever in May and June. The company also announced in a recent report that it broke even in Q3 2020.

StockX's niche in streetwear and sneakers is proving to be beneficial. A Cowen & Co. analysis from July said the sneaker and streetwear resale industry was worth $2 billion in North America and could reach $30 billion globally by 2030.

According to managing intelligence analyst for CB Insights Thomas Sineau, StockX's niche in the exploding sneaker and streetwear category makes the platform a likely candidate to launch a successful IPO in the near future.

In October of 2019, StockX CEO Scott Cutler told CNBC that the company was aiming to go public. StockX recently raised $275 million in a Series E investment that closed late last year, valuing the company at $2.8 billion.

According to SimilarWeb data, Stockx.com is one of the top five fashion resale sites according to the number of visits, pulling in over 20 million monthly visits in the last two months of 2020.

As with any company, proving profitability is one of the most important elements needed for a company to go public. For StockX, Kodali said that a possible IPO would depend on the company's model for growth and inventory management. For a StockX IPO to be successful, the company would have to prove that limited sneaker and streetwear drops will continue to drive the platform's growth for the long-term. 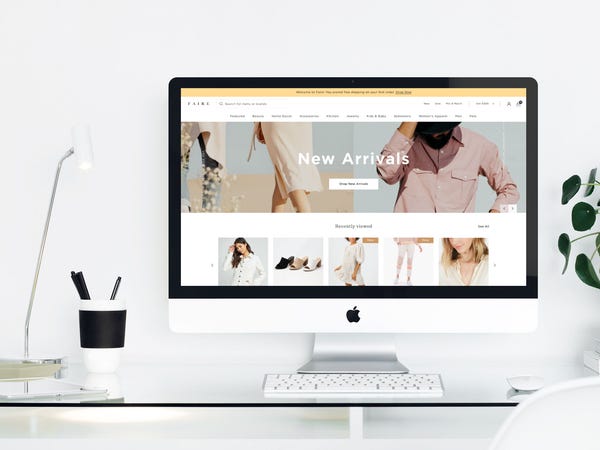 Faire is an online wholesale B2B marketplace that helps businesses buy merchandise to sell in their stores. Kodali said Faire is one of the marketplaces she is watching for a possible IPO in the future, especially given the company's latest funding venture.

The company hit unicorn status — or a valuation of more than $1 billion — in 2019 and was valued at $2.5 billion in October after closing a Series E funding round led by Sequoia Capital.

After experiencing an initial dip in sales at the start of the pandemic, Faire managed to stay afloat by creating a "2020 crisis strategy document," Insider previously reported. When the pandemic hit, Faire offered small businesses a credit line of up to $20,000 to be able to replenish their inventory. The money could then be paid back through a payment plan over a few months with an interest fee of 3%.

Faire, which currently employs 325 people, plans to almost double its employee base in 2021, a company spokeswoman previously told Insider. When asked in December about the possibility of an IPO, Faire co-founder and CEO Max Rhodes told Insider he is considering it and that the company's recent funding from Sequoia, which has public market experience, was strategic for the purposes of going public. 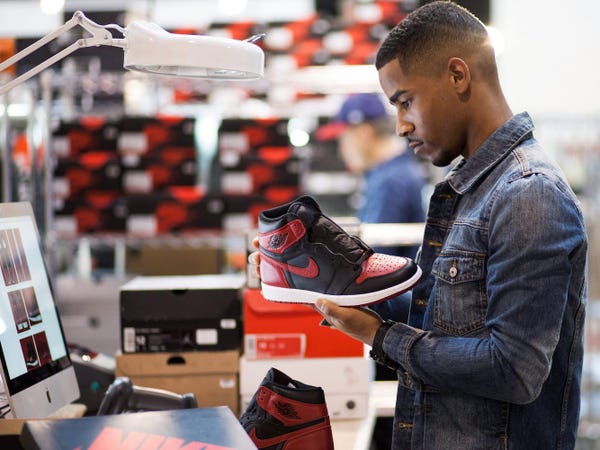 Like StockX, GOAT is another marketplace platform that specializes in sneakers and streetwear, a category that is predicted to grow. The company recently secured an investment from Groupe Artemis, a lead shareholder of luxury fashion leader Kering, of an undisclosed amount.

In September, GOAT closed a series E funding round of $100 million, which brought the company's total valuation up to $1.75 billion, a source familiar with the deal said.

Sineau of CB Insights highlighted GOAT as an ideal candidate for an IPO.

"The traction they get right now is kind of tightly correlated to the fact that streetwear is in vogue," Sineau said about platforms like GOAT and StockX. "I think for them, the key part is either going to be able to sustain that demand for streetwear or to be able to attract a much wider pool." 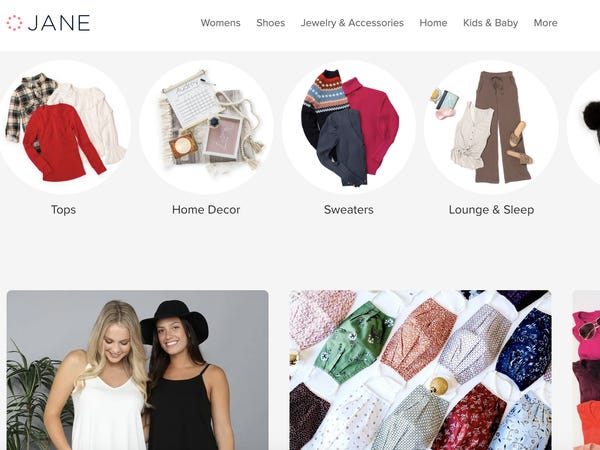 Jane is an online marketplace that partners with boutique retailers to sell everything from home goods to apparel.

Kodali highlighted Jane as a relatively small marketplace that has stood out, given its recent funding. Jane announced a $40 million investment from private equity firm Tritium Partners in December.

"The last year has been a really, I think, a transformative one for us," Jane CEO Taleeb Noormohamed told Insider in a recent interview. "My focus has been on growing and building the company in the most efficient, successful way possible. And we'll look at whatever options come our way."

When asked about the likelihood of an IPO for Jane in the near future, Noormohamed said that "everything is on the table" and that he will continue to examine and weigh all options for the future. 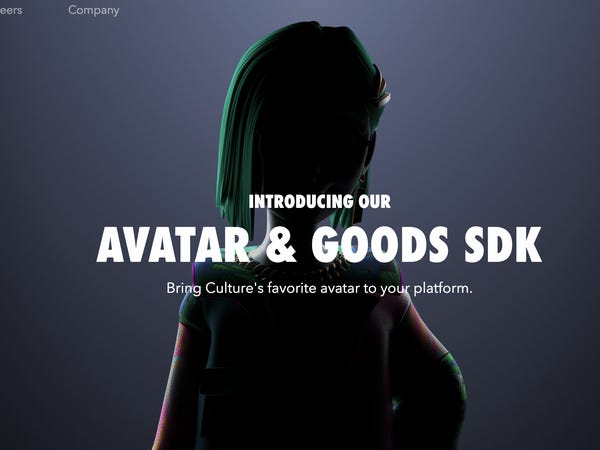 Genies functions a bit differently than a typical martketplace. The company lives in the emerging world of "virtual goods," a sector in which the items for sale are non-physical products, such as online games or digital avatars.

Despite its digital focus, Genies is still a marketplace of sorts. The company, which specializes in designing digital avatars, partners with a variety of celebrities to help them virtually interact with their fan bases. Genies then allows celebrities to sell digital goods via their avatars, which is where the marketplace factor comes into play.

For this marketplace function, Genies also partners with Gucci to integrate its technology into the retailer's app. This allows celebrities to create exclusive products to sell to other avatars.

According to Sineau, Genies is an example of how the virtual goods market is growing and moving beyond of the gaming sector.

"You can use your avatar across different platforms and you can dress them with certain pieces of clothing," he said, calling out Genies as a company that has done particularly well in this sector.

To date, Genies has raised a total of 41.8 million, according to Crunchbase, and is looking to expand into the Asian market. 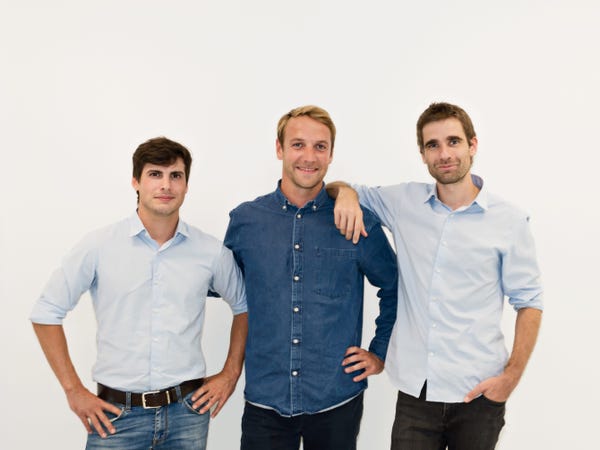 Back Market raised $120 million in a late-stage funding round that closed in May of 2020, bringing the company's total funding to $175 million.

"The company trajectory has been spectacular and this raise is about continuing that," Serge Verdoux, managing director at Back Market, told Insider's Callum Burroughs in a May interview regarding the company's latest funding. "Demand has never been so strong because confined people need electronics more than ever."

As demand for consumer electronics grows, Sineau highlighted Back Market as a company he could see going public in the next few years. The analyst sees the company's recent late-stage investment as a sign that they could be preparing for a future IPO.

"What they do is somewhat close to The Real Real but for consumer electronics," Sineau said, drawing a comparison to the luxury good consignment site that went public in June of 2019. "So smartphones, smartwatches, smart speakers, all these types of things, they kind of take it, recondition them or refurbish them, and then resell them on their platform." 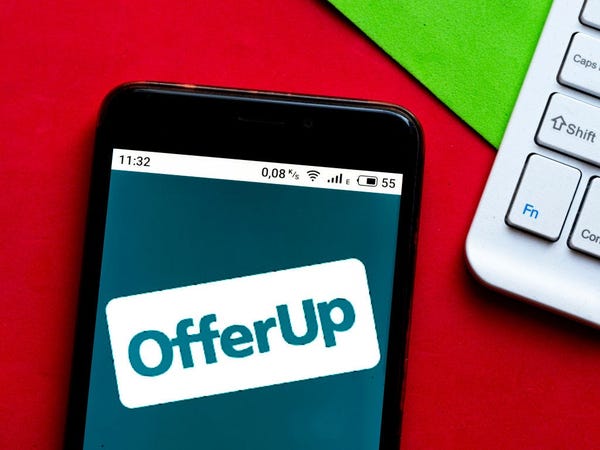 OfferUp is a marketplace that connects local buyers and sellers. In June, the company said it saw an increase in users, sold items, and posted items since the pandemic began.

OfferUp has raised $380 million to date, with its most recent round of $120 million closing in May of 2020. OfferUp describes itself as the largest US mobile marketplace for local buyers and sellers.

CB Insights has had OfferUp on its lists for tech IPOs in the pipeline from 2017 to 2019.

"It's definitely one that could get into the public market," Sineau said.

And Then There Were Two: Tulsi Gabbard Ends Long-shot 2020 Campaign and Endorses Biden Over Bernie