Good morning! We hope you had a great weekend. Welcome back to 10 Things in Politics. I’m Brent Griffiths. Sign up here to get this newsletter in your inbox each day.

Send your tips and thoughts to [email protected] or tweet me @BrentGriffiths.

Here’s what you need to know:

1. WHAT TO WATCH FOR AT TODAY’S HEARING: This is not the hearing Merrick Garland was waiting for. In 2016, Senate Republicans blocked his Supreme Court nomination. Now, he faces a confirmation hearing to become the next attorney general amid an onslaught of domestic terrorism, unrest, and broader questions about the rule of law.

To get a sense of what he’ll face during his confirmation hearing, I spoke with Insider’s new federal law enforcement reporter Camila DeChalus on what she’s watching for today.

Here are the top things she’s looking for:

What happens with Trump?: “A lot of people are looking at this hearing to signal whether Garland will launch an investigation or whether he won’t,” Camila told me. Trump has legal exposure far beyond the events of Jan. 6, including at the federal level.

Domestic terrorism: Garland will make clear in his opening statement that he will pursue justice against those who participated in the insurrection. But there are thornier questions at play — like whether anyone who entered the Capitol on Jan. 6 should be charged. Prosecutors are reportedly worried about potentially losing cases and overwhelming federal D.C. courts.

2. The House wants to vote on the latest COVID-19 relief bill this week: Biden’s $1.9 trillion stimulus package is nearing its most critical final steps, which may include House passage by the weekend.

Here’s our exclusive recap on what’s in the massive proposal, including another round of stimulus checks. 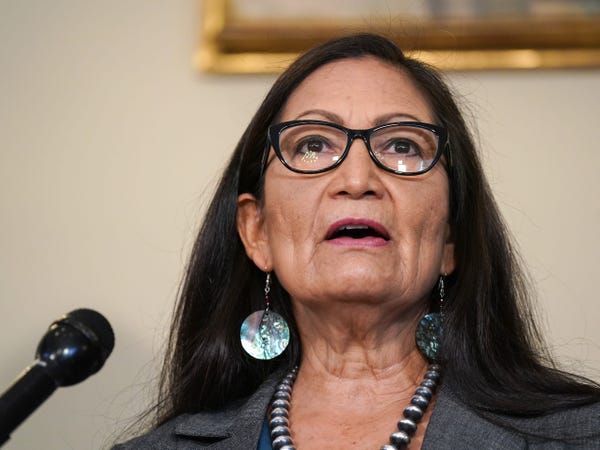 3. Rep. Deb Haaland is set for a confirmation showdown: Haaland, who would become the first Native American interior secretary if confirmed, is expected to be grilled by top two senators on the panel — Democratic Sen. Joe Manchin of West Virginia and Republican Sen. John Barrasso of Wyoming — over her past environmental activism given their staunch support of fossil fuels.

Our exclusive report has more on Haaland’s past views, including joining protests against the Dakota Access Pipeline.

4. Some Texans are facing $5,000 electrical bills: Republican Gov. Greg Abbott says he and state officials are “moving quickly” to alleviate the five-figure sum some residents on non-fixed-rate plans are facing, if they were among those lucky enough to have power as blackouts swept the state. One Texan, per The New York Times, was hit with a $16,752 bill — 70 times his normal rate.

Read this explainer to know why Texas are getting such huge bills.

5. We’re nearing 500,000 COVID-19 related deaths: In one year, America has lost more lives than the total number of people who live in Kansas City, Missouri, to the novel coronavirus. Per The Washington Post, the Vietnam Memorial would need to be eight times taller to carry the names of the deceased. Biden will address the nation tonight and then hold a candlelight vigil at the White House.

6. The top things for your calendar, all times Eastern:

7. Trump prepares for his public comeback: The former president will speak later this week at the Conservative Political Action Conference (CPAC), the annual conservative gathering that is being held this year in Florida. It will be his first public appearance since leaving the White House.

8. Kyle Rittenhouse’s journey to far-right hero: “Kyle, a boy who loved police and guns and the president, came to believe it was both his right and his duty to preserve law and order as he saw fit.” Insider’s Michelle Mark on how the reaction to Rittenhouse’s shooting of three people in Kenosha last summer illustrates the type of far-right mentality behind the Capitol riot.

9. Boeing is recommending suspending planes that have the same engine that dropped debris out of the sky over Colorado: The company’s announcement came after the Federal Aviation Administration said it was requiring immediate inspections of all 128 Boeing 777 airplanes equipped with a Pratt & Whitney PW4000 engine model. No injuries were reported on board or to anyone on the ground from the debris.

10. SNL takes another swat at “Flyin’ Ted” Cruz: “Now, I’m in a little bit of hot water, which I’m told is a thing no one in Texas has,” Aidy Bryant, playing Cruz, told fellow cast member Chloe Fineman, who was hosting a talk show as Britney Spears for the cold open. Watch the full sketch here.

Today’s trivia question: We’re sticking with presidential pups for one last day. Today’s question comes from Sharron Links. What was the name of JFK’s dog given to him by Soviet leader Nikita Khrushchev. Email your response and a suggested question to me at [email protected]