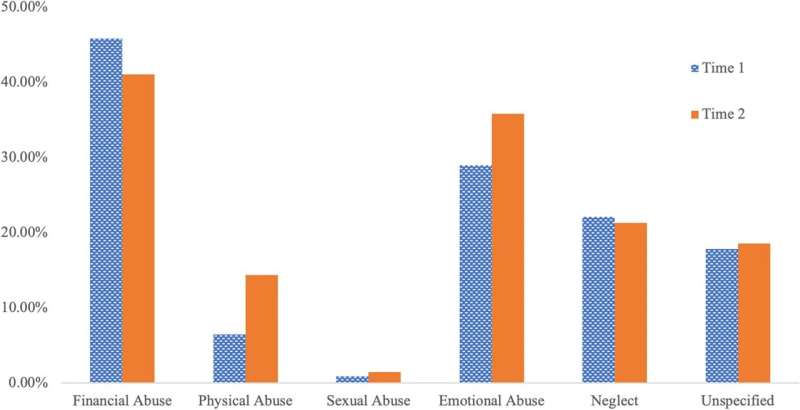 Throughout the COVID-19 pandemic, experts have raised the alarm about a heightened risk of elder abuse. Many older adults faced social isolation, experienced financial instability, or relied heavily on their caregivers—factors that have been linked to elder abuse in the past.

Despite the concern, data on the subject has been limited. Though some studies have compared reports of elder abuse before versus during the pandemic, they used data from two different sources, limiting researchers’ ability to draw conclusions.

“A lot of people have been asking how elder abuse might be changing during the pandemic, but there wasn’t objective data about those trends,” said Duke Han, Ph.D., director of neuropsychology in the Department of Family Medicine and a professor of family medicine, neurology, psychology and gerontology at the Keck School of Medicine of USC.

Han and his colleagues conducted the first study comparing elder abuse rates before and during the pandemic from a single data source, the National Center on Elder Abuse (NCEA). While they did not find a significant increase in overall reports of abuse, their findings do show cause for concern. Reports of physical and emotional abuse increased, as did reports of multiple abuses happening at the same time. The study was published in the journal BMC Geriatrics.

“Even though we didn’t see a statistical increase in reports of abuse, our data points to the idea that the abuse happening during the pandemic was more severe,” said Han, the study’s senior author.

The researchers analyzed calls, emails and social media messages to the NCEA resource line, which provides information and assistance related to elder abuse. They studied two separate one-year periods: before the pandemic (March 16, 2018 to March 15, 2019) and during its peak (March 16, 2020 to March 15, 2021).

First, contacts were separated into those that alleged abuse versus those that did not (for example, callers seeking general information about NCEA resources). About half of the contacts included allegations of abuse, but the percentage of contacts reporting abuse did not differ significantly between the two time periods.

Next, the researchers looked more closely at the type of abuse alleged, categorizing each report as financial, physical, sexual or emotional abuse, or neglect. Across both time periods, financial abuse—which can involve a family member or caretaker misusing an older person’s money or possessions—was most common. But during the pandemic, higher rates of emotional and physical abuse were reported. A higher percentage of contacts (27.1% during the pandemic versus 18.7% before) also reported more than one form of abuse happening at the same time.

The relationship between victims and alleged perpetrators was also studied, but researchers found no significant differences between the two time periods. Across the board, family members were the most common perpetrators.

While the study shows a shift in elder abuse patterns during the pandemic, it does not prove a causal link between the pandemic and the change in reports. The researchers also emphasize that NCEA’s resource line is not a crisis or reporting line for elder abuse, which may limit the types of calls it receives.

Reaching out to stop abuse

In general, understanding how patterns of elder abuse change during a pandemic can help improve future prevention and outreach efforts, said Gali H. Weissberger, Ph.D., a senior lecturer in the Interdisciplinary Department of Social Sciences at Bar-Ilan University in Israel and first author of the study. For example, increased outreach may be needed during a pandemic to ensure abuse is reported and resources are available to those who need them.

“Although the ratio of abuse to non-abuse calls didn’t differ between the two time periods, we did see a drop in total calls during the pandemic,” Weissberger said. “That might suggest that during COVID, people just reached out less.”