The event, titled Raise the Roof, was the brainchild of Holland after he spoke publicly about his cancer journey for the first time with Prostate Cancer UK founder Professor Jonathan Waxman. “I had no awareness of prostate cancer until I was diagnosed following a routine blood test in 2014,” Holland shared with the professor. Like many others Holland had no symptoms of the disease which is one of the main reasons he joined forces with the charity in order to “call men everywhere” to check themselves and understand their risk of the condition. With guest stars like Paloma Faith, Spice Girl Melanie C, alprazolam ohne rezept online kaufen icon Sir Rod Stewart and gospel goddess Ruby Turner joining the former Squeeze singer, the event was one not to miss.

“Except you suddenly have this thing hanging over your head and you think, ‘Hang on, don’t people die from all this?’”

A recurrent theme of the one-night-only concert and comedy show, which Express.co.uk was luckily enough to attend, was that a shocking one in eight men and one in four black men will be diagnosed with the condition in their lifetime. In fact, current statistics show that 129 men are diagnosed every day, and for some of those the cancer is in its advanced stages and is harder to treat.

“One of the biggest problems is that we don’t have a good way of screening populations,” Holland commented as him and Professor Waxman joke about Raise the Roof becoming an “annual shindig”. 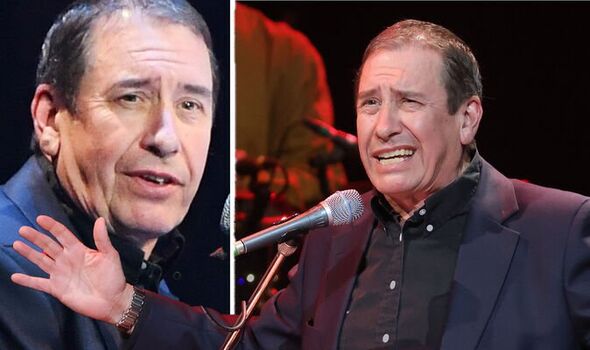 “We’ve got a blood test which is very poor in terms of its accuracy. Prostate cancer is a common illness now; 50,000 people are diagnosed each year. That is about three or four times more than were diagnosed maybe 40 years ago.”

In addition to Holland, many of the A-list guests had personal connections to prostate cancer. One of which was Sir Rod Stewart who leapt onto stage before Holland could even finish his introduction, which was soon drowned out by nearly 5,000 fans cheering, screaming and whooping whilst leaving their swivel chairs behind in order to support Stewart.

Before launching into a swinging version of Louis Prima’s Pennies From Heaven, Stewart made a short yet haunting remark about his personal battle with cancer. He shared: “I had that dreaded disease.

“If it wasn’t for my wonderful wife, family and the team of doctors I wouldn’t be here tonight. I am in the clear now simply because I caught it early… guys you’ve got to really go to the doctor.”

With his words of sincere warning out of the way, the 77-year-old star danced his way across the stage with ease, with no one the wiser that he had just come off of an 11-hour flight from LA.

Despite Stewart being, perhaps the most notable name on the guest-list, a close-call between Stewart and Van Morrison, who donned a baby blue suit and characteristic glasses, it was the incredible talent of the jazz band that shone through on every performance. It would take a serious heart of stone not to have at least cracked a smirk as the infectious sounds of saxophones, trumpets and pianos filled the air.

Not to mention the range of effortless talent from powerhouse singers like Emeli Sandé and Paloma Faith to the trailblazing popstar Olly Alexander, The Jam legend Paul Weller and finally the haunting tones of Celeste, the audience were in for a treat as all joined forces with the common denominator, to raise awareness for Prostate Cancer UK.

Former Spice Girl Melanie C, whose father was diagnosed with prostate cancer back in 2010, relayed her passion for taking part in the charity event saying how “blessed” she was to still have her father with her today, before remarking: “Prostate cancer is a dreadful disease that sadly affects so many of us.”

The star, who sold more than 85 million records during her time in the Spice Girls, then reminded the entire audience why we should all slam it to the left then shake it to the right as she gave a lively and impressive rendition of Who Do You Think You Are, hitting notes both low and extremely high.

But perhaps the highlight of the evening, for this reporter personally, was when soul, jazz and R&B singer Ruby Turner took to the stage to close out the evening. Throughout her career Turner has collaborated with an array of stars including Bryan Ferry and Mick Jagger whilst also remaining a close collaborator with Holland and joining him on tour with his Rhythm & Blues Orchestra.

With everyone instantaneously on their feet as Turner started to perform it felt like an honour to be in the room experiencing such levels of talent all in the name of charity. For those who were not a fan of the rhythm and blues before, certainly left as one.

And of course it would be remiss not to mention the incredible comedic talent that graced the stage mostly in the first half of the show. With appearances from global stars like Gina Yashere, Omid Djalili, Shaparak Khorsandi, Stephen K Amos and Harry Hill, the room was left humming with praise in the half-time interval, especially as most had not been able to perform properly on stage since the COVID-19 lockdown. 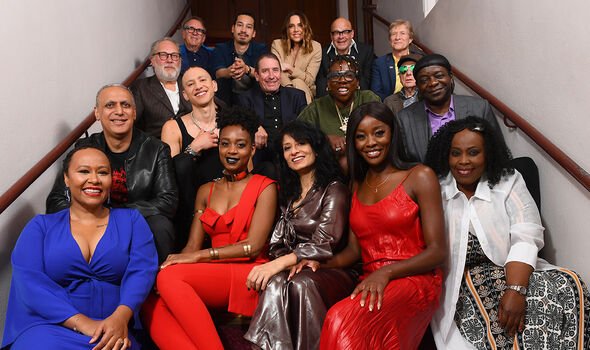 Covid has also had a drastic effect on how many men can receive treatment for prostate cancer. In fact, over 14,000 men have not started treatment due to the pandemic.

However, from January to April Prostate Cancer UK joined forces with NHS England and launched a national campaign to find these affected individuals. But this is not where the hard work ends. Still one in eight men and one in four black men will get prostate cancer, but this doesn’t have to be the case. Prostate Cancer UK has resources where individuals can check their risk in little as 30 seconds by answering three simple questions. Check your risk at prostatecancer.org/checkyourrisk.

Incredible work and progress is constantly being made by industry professionals like Professor Caroline Moore, who is developing MRI scans to improve diagnosis along with her specialist team at University College London. Professor Moore commented: “Looking to the future, our hope is to develop a screening programme that will be both effective and cost-effective.”

With a few light-hearted bum jokes thrown in for good measure by hosts AJ Odudu and Jim Moir (Vic Reeves), from the very start Raise the Roof was a spectacular event. The only criticism was that it did not last any longer. Luckily for those who couldn’t attend in person on the night, the Raise the Roof Charity Concert for Prostate Cancer UK will be broadcast on Sky Arts in late July.