A common theme in reports on COVID-19 around the world has been the large number of children who have not been infected or shown signs of disease. However, though the severe acute respiratory syndrome coronavirus 2 (SARS-CoV-2) causes less acute infection in this age group, it is associated with a severe immune-mediated multisystemic illness called multisystem inflammatory syndrome in children (MIS-C).

A new research paper published in the journal Immunity shows that aberrant immune responses to SARS-CoV-2 may be responsible for this sometimes-deadly disorder. 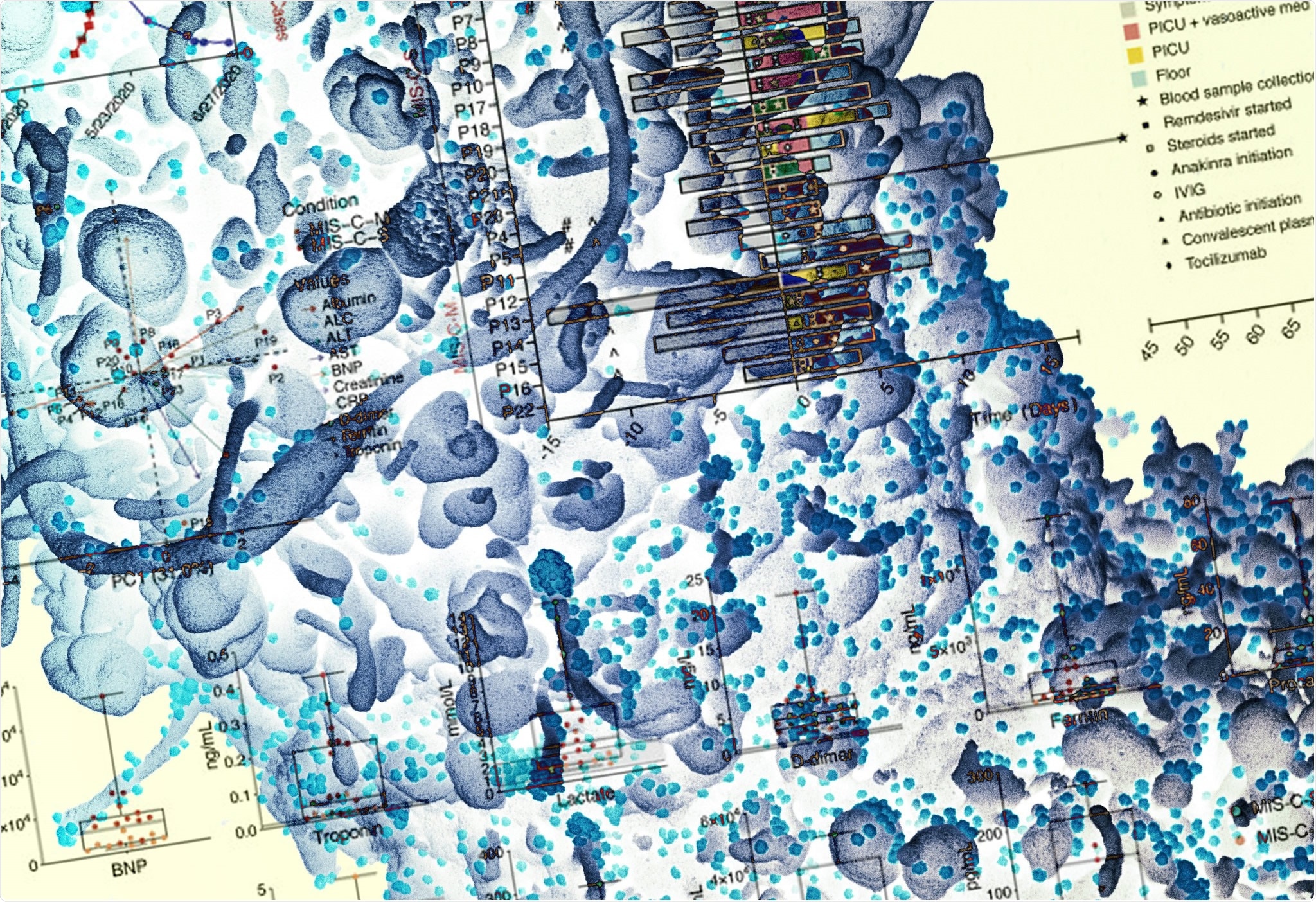 This syndrome is rare, occurring in only one of a thousand pediatric SARS-CoV-2 infections. However, it may follow even asymptomatic illness, with an interval of a month to six weeks, and may include features such as fever, weight loss pills alli gastrointestinal symptoms, lung pathology, or symptoms involving the heart and blood vessels, the skin and mucous membranes, or the nervous system.

Up to eight out of ten patients with MIS-C eventually go into cardiogenic shock, and 2% of them die, usually because of lack of adequate treatment with steroids.

This is the more tragic in that most victims are healthy children. Thus, it is vital to understand how this syndrome comes about and how it can be treated effectively.

Initially, MIS-C was thought to be a form of Kawasaki disease (KD), as both present with fever, rash, and aneurysms of the coronary arteries. However, MIS-C occurs mainly in older children, especially Black and Latino, or Hispanic, children, unlike the predominantly Asian ethnicity of children affected by KD.

Other features of MIS-C include the gastrointestinal symptoms, low white cell count, high inflammatory markers, occurrence of shock in a higher percentage of cases, and cytokines indicating T cell and NK cell (adaptive and innate immune cells, respectively) recruitment, along with immune responses at the mucosal surface. A negative feedback loop from the immune cells is also a peculiar characteristic of this syndrome.

The low lymphocyte count includes cells of the CD4+, CD8+, γδT cell and B cell lineages. The neutralizing antibodies in these children are almost identical to those found in convalescent COVID-19 patients, however.

The question the researchers asked was, “Why does this happen when there is no virus or anti-viral response still present and in kids? And why is it only occurring in youth?”

In the current study, the researchers examined 23 cases of either moderate or severe MIS-C. They focused on the RNA (ribonucleic acid transcripts of activated genes), protein and antigen receptors within single cells in patients with active and recovered MIS-C. They also looked at these parameters in healthy adults and children and adults with severe COVID-19.

What were the findings?

The findings show that indeed, both innate and adaptive immune responses are active during the acute phase of MIS-C, in the form of high levels of innate alarmins, inflammatory markers, and expression of cytotoxic lymphocyte phenotypes.

“Innate immunity may be more active in children who are infected with virus,” investigator Carrie Lucas said. “But on the flip side, in rare cases it may get too revved up and contribute to this inflammatory disease.”

Alarmins are innate immune signaling molecules and thus makeup part of the initial response to infectious stimuli. Earlier research indicates a more robust and broad-based immune response to infections in children relative to adults, which may be why children are generally less affected by COVID-19.

With more severe MIS-C, plasmablasts that express immunoglobulin G (IgG) antibodies are expanded. This expansion, seen weeks after initial infection, hints that antibodies against autoantigens are being secreted.

However, these plasmablasts appeared to be short-lived and undergo apoptosis at an increased rate. This could help explain why MIS-C resolves spontaneously in the vast majority of cases.

Both NK and CD8+ T cells are activated with cytotoxic features, which could indicate their ability to cause inflammatory tissue injury. The well-described cytokine storm in MIS-C could be due to the overactivation of NK cells, in addition to the release of granzyme B from CD8+ T cells that activate IL-1, a pro-inflammatory molecule.

B cell clonal expansion with somatic hypermutation was also evident in some of these patients, probably due to helper B cell activation. IgG from severely ill patients with acute MIS-C was found to correspond to the serum antibodies binding to activated cardiac endothelial cells, indicating potential autoimmunity at work.

Secondly, both CD4+ and CD8+ memory T cells use TRBV11-2 genes at higher levels, indicating a shift in the T cell repertoire, perhaps because of exposure to a superantigen. Thus, the initial immune response in such patients may activate an inflammatory cascade, with the injured tissue becoming more vulnerable to autoimmune antibodies.

Thus, MIS-C is associated with inflammatory myeloid responses and with the potential for endothelial cell activation.

The study indicates that “prior SARS-CoV-2 infection causes lasting immune alterations that set the stage for” MIS-C in some young patients.

The study thus identified a unique signature of neutrophil and monocyte expression, NK cells and plasmablasts, and T cell receptor patterns that may help diagnose this syndrome more accurately and treat affected children better. Expansion of T and B cells, along with cytotoxic T cell activation, are linked to a higher risk of MIS-C.

These are found in severe MIS-C patients but not in moderate MIS-C. Reduced HLA class II and CD86 expression, which are required to correctly present antigens to T cells, may indicate an aberrant innate immune response due to dysregulation or perhaps as the result of abnormal antigen presentation. The high levels of alarmins indicate a positive feedback inflammatory loop leading to tissue damage.

Some areas that remain unclear include the possibility of a genetic predisposition to this syndrome, and whether the autoimmunity is due to cross-reactive antibodies to the virus. This is supported by the fleeting nature of the inflammation.

Finally, there is a possibility that the infection must be accompanied by another microbial attack to induce MIS-C. The current study did not find such infections, but the scientists did find an altered T cell receptor repertoire in patients with severe MIS-C.

This could reflect superantigen exposure or exposure to non-protein antigens. However, further work must rule out abdominal organ involvement as the infectious trigger for MIS-C.