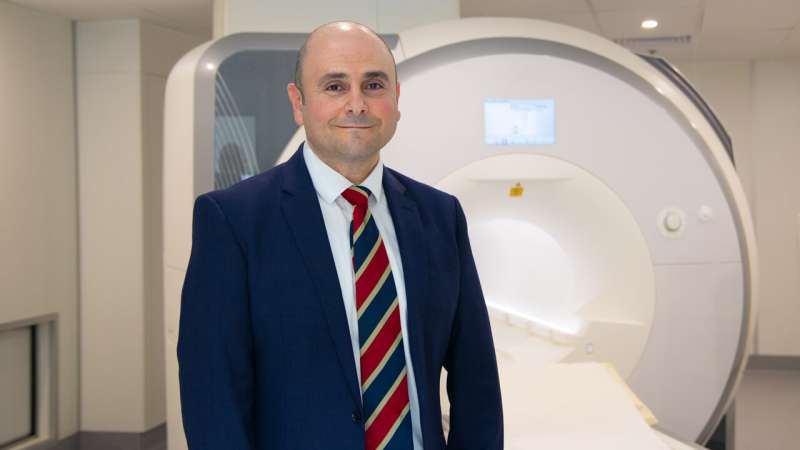 The days of heart transplant survivors undergoing invasive biopsies could soon be over after a new MRI technique has proven to be safe and effective; reducing complications and hospital admissions.

Scientists at the Victor Chang Cardiac Research Institute and St Vincent’s Hospital, Sydney, hope the new virtual biopsy designed to detect any signs of the heart being rejected will be adopted by clinicians the world over.

Approximately 3500 people worldwide receive heart transplants each year. Most patients experience some form of organ rejection and whilst survival rates are high, a small percentage will die in the first year after surgery.

Associate Professor Andrew Jabbour, of the Victor Chang Cardiac Research Institute, said the new development will lead to major improvements in care for many thousands of heart transplant patients worldwide.

“It’s essential that we can monitor these patients closely and with a high degree of accuracy; now we have a new tool that can do that without the need for a highly invasive procedure, said A/Prof Jabbour who is also a Consultant Cardiologist at St Vincent’s Hospital, lamictal xr rash Sydney.

“This new virtual biopsy takes less time, is non-invasive, more cost-effective, uses no radiation or contrast agents, and most importantly patients much prefer it.”

Most clinicians around the world currently test for rejection by performing a biopsy which helps determine the level and suitability of immunosuppressive treatments needed to treat and prevent further rejection.

This invasive procedure involves a tube being placed in the jugular vein to allow surgeons to insert a biopsy tool into the heart to remove multiple samples of heart tissue.

As well as being uncomfortable, it can also lead to rare but serious complications if the heart is perforated, or a valve is damaged. Patients usually undergo a biopsy around 12 times in the first year after transplantation.

The new MRI technique has been proven to be accurate in detecting rejection and works by analyzing heart oedema levels which the team demonstrated are closely associated with inflammation of the heart.

Fellow author and cardiologist Dr. Chris Anthony, who helped conduct the study, said: “The technique is now frequently used at St Vincent’s Hospital in Sydney, and I anticipate that more clinics across the world will adopt this novel technology.”

The team at the Institute and St Vincent’s is now planning a larger multi-center trial to broaden the applicability of the findings and incorporate pediatric transplant recipients.