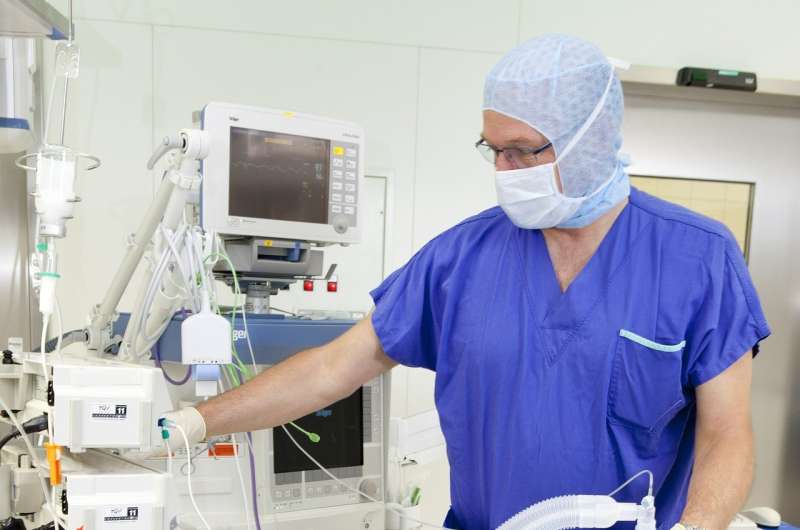 Clear, measurable targets are needed to cut potent greenhouse gas emissions from inhaled anesthesia and minimize their impact on climate change, insist doctors in The BMJ.

Reliance on voluntary efforts simply won’t achieve progress at the scale and speed required, they warn. A regulatory framework for mandatory reporting and accountability, involving a broad spectrum of all those involved in health care is critical to success, they say.

Health care accounts for nearly 5% of all global greenhouse gas emissions. And inhaled anesthetic gases may make up as much as 3% of the national total produced by the NHS in England alone.

All inhaled anesthetics, ortho chart 9 such as desflurane, sevoflurane, isoflurane, and nitrous oxide (N2O) are powerful greenhouse gases with heat-trapping qualities hundreds to thousands of times stronger than an equivalent mass of carbon dioxide (CO2).

And N2O, which is widely used in dental clinics and for pain relief during labor, also contributes to thinning of the ozone layer. As well as its use in pain relief and sedation, N2O is used as a refrigerant for cryosurgery.

Inhaled anesthetics are ultimately all released into the outside atmosphere. What’s more, between 77% and 95% of hospital N2O is lost through leaking pipes before it even gets to a patient.

The harmful effects of inhaled anesthetic gases on the planet are widely acknowledged. But not enough has been done to lessen these effects.

Avoiding the use of inhaled anesthetics where it’s safe to do so and curbing waste should be prioritized, say the authors. But measuring emissions, setting clear reduction targets and timelines, and tracking progress are essential for all health systems to effect change at the pace and scale required, they argue.

“With their core mission to support health and healing, all health professionals have a duty to prevent environmental pollution,” write the authors. But everyone working in health care needs to be involved, given how widely used inhaled anesthesia and pain relief are, they argue.

That means engineers and policy makers, as well those working in administration, industry and government, and other sectors, such as veterinary medicine and dentistry.