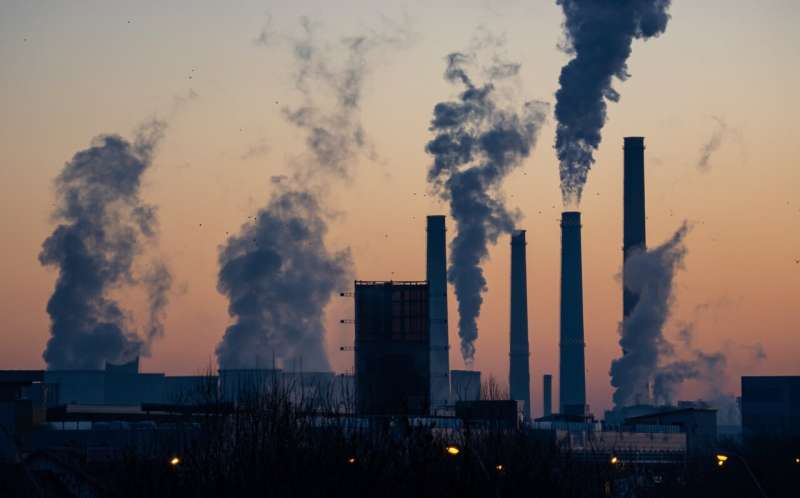 The study of the exposome—human exposures to chemicals and their effects on our health, mediated by individual genetic makeup—is helping explain previously unrecognized causes of neurodegenerative diseases as well as developmental disorders. Symposium speakers outlined clear evidence linking Parkinson’s disease and ALS with specific environmental exposures. They also highlighted the sheer volume of chemical exposures affecting the public, noting that the current regulatory environment does not adequately consider cumulative effects of multiple lifelong exposures, or the potential interactions between neurotoxic chemicals. This is especially concerning for marginalized groups that are at the highest risk for many exposures.

“Most neurological disorders arise through interactions between genes and the environment. We’re studying chemicals found in industrial products, building materials, agricultural pesticides—in the air we breathe, the water we consume, the soil we use to grow our crops,” said symposium co-moderator Rick Woychik, Ph.D., Director of the National Institute of Environmental Health Sciences (NIEHS). “It’s not just [a single exposure,] it’s all of these things, and we have to consider a person’s genetic heritage.”

“This is going to be one of the big frontiers to try to understand,” said Walter J. Koroshetz, MD, Director of the National Institute of Neurological Disorders and Stroke (NINDS) and co-moderator of the symposium. “The impact is gigantic. The ability to prevent neurologic diseases really rests on understanding what in the environment is driving them.”

There are more than 40,000 industrial chemicals currently in use in the United States, according to symposium speaker Deborah A. Cory-Slechta, Ph.D., Professor of Environmental Medicine at the University of Rochester Medical School. One person will often be exposed to multiple chemicals—for example, farm workers applying pesticides, or urban populations exposed to air pollution.

Yet regulatory processes rely largely on animal studies that look at chemicals in isolation. Chemical exposures can interact with each other, with genetic risk factors, and with other stressors to affect the same physiological systems. It is time for the EPA and other regulators to start to consider the shared causes of neurodegenerative and neurodevelopmental disorders, and to address cumulative risk. With the current methods, Cory-Slechta said, the question is, “How much of our health are we willing to give up? Are we willing to lose one IQ point? Two IQ points?”

These studies showed that exposures did in fact lead to higher risk of adverse neurodevelopmental outcomes among Black, Hispanic, and low-income children, and the effects of those exposures may be amplified in children from such marginalized groups.

“These communities are also exposed to interrelated conditions that are detrimental to brain health—institutional racism and housing, education and employment and poverty. It’s not just an increase in [chemical] exposures; social context matters.” According to Payne-Sturges, the EPA does not consider this enhanced toxicity based on factors such as poverty. There are also conspicuous gaps in the research, with few studies focused on rural areas, Native Americans and Asian/Pacific Islander populations, or trying to understand the long-term effects of these exposures from adolescence forward.

“We really need to move towards understanding how these disproportionate exposures are happening in the first place and not just continue to describe these differences,” said Payne-Sturges. “We already know who is more likely to be exposed. We need to focus on the root causes.”

Eva Feldman, MD, Ph.D., the Russell N. DeJong Professor of Neurology at University of Michigan, spoke about the emerging role of the exposome in amyotrophic lateral sclerosis (ALS), the incidence of which is expected to increase 70% by 2040, and is highest in the Midwest. Feldman highlighted the high level of both industrial and agricultural exposures, toxic emissions, and Superfund sites in Michigan, noting that ALS often occurs in clusters by neighborhood and occupation. “There is a clear correlation between specific jobs and ALS, including production, building maintenance, and construction jobs,” she said. New gene sequencing and other techniques suggest that in most cases, environmental exposures over the course of a lifetime and interactions between multiple gene variants converge later in life to lead to ALS. “You as a person are not exposed to just one pollutant. You are exposed to a menu, a composite of pollutants. An elevated environmental risk score [calculated from multiple exposures] increases ALS risk sevenfold.”

Recent research suggests that persistent organic pollutants such as brominated flame retardants and polychlorinated biphenyls alter the body’s metabolic products in ways that promote ALS development and shorten survival among patients who already have ALS. Feldman’s research with colleagues at the University of Michigan also suggests that particulate air pollution (PM2.5) and nitric oxide activate immune inflammatory pathways associated with ALS: “Our patients with high levels of air pollution have an altered immune system. Our hypothesis is that increased air pollution is interacting with the immune system and triggering increased ALS risk and poor ALS survival.” Exposure to organochloride pesticides, persistent organic pollutants, air pollution, and occupational chemicals all increase a person’s risk of developing ALS. The need now is for long-term studies to understand the mechanisms in more depth, so neurology can move toward personalized prevention based on individual risk.

Two talks focused on Parkinson’s disease, which appears to be becoming more common throughout the world, with the highest incidence in industrialized nations. While this is partly due to more people living into old age, speaker E. Ray Dorsey, MD, FANA, the David M. Levy Professor of Neurology at the University of Rochester Medical Center and author of “Ending Parkinson’s Disease,” said, “The world’s fastest-growing brain disease is largely man-made. The principal causes are toxic exposures to chemicals synthesized in the labs of chemical companies worldwide,” including certain pesticides like paraquat, components of air pollution, and substances like trichloroethylene (TCE). “Many of these likely causes of Parkinson’s disease are inhaled,” he said. “The nose may be the front door to the brain.” Even the rare Parkinson’s cases with a genetic component are still influenced by exposures.

“For the vast majority of cases, [Parkinson’s disease] is largely a composite of genetic makeup and a lifetime of environmental exposures,” said speaker J. Timothy Greenamyre, MD, Ph.D., FANA, who discussed the mechanisms by which these exposures lead to disease. Recent research by Greenamyre and colleagues has shown that environmental toxicants can activate genes and proteins implicated in Parkinson’s. In turn, the activity of Parkinson’s disease-associated genes amplifies the toxicity of those exposures. According to Greenamyre, there is some hope that blocking activity of the associated genes may eventually help dampen the disease-promoting effects of environmental toxicants. However, the primary way to prevent Parkinson’s is to prevent exposure in the first place by getting rid of these toxicants in the environment.

Yet use of the Parkinson’s-linked pesticide paraquat has doubled in the last five years, as Dorsey’s talk noted. In fact, paraquat was recently reapproved for use in the U.S. despite being banned in other countries including China. And TCE, while used less than in the past, still contaminates groundwater, evaporates into the air, and spreads into people’s homes, schools, and workplaces undetected. There are over 7,300 TCE contamination sites in Michigan alone. The only industrialized country in which Parkinson’s appears to be decreasing is the Netherlands, which correlates with decreases in air pollution and pesticide use there in the late 20th century.

Dorsey highlighted that funding for biomedical research usually doesn’t go toward disease prevention, as industry and foundations are largely focused on treatments. He echoed the other speakers’ calls for more funding and advocacy toward prevention, including policy changes that reduce the prevalence of exposures, and cited the steep drop in cases of lung cancer thanks to smoking prevention efforts. “If we care, we can prevent millions of people from ever developing these debilitating and deadly diseases. If we educate the communities we’re supposed to serve, we can have them be mobilized and change the course of all these diseases.”

“It is a daunting task, but I think it’s time to start now,” said Koroshetz. “NINDS has just started an office for exposome research to work on this,” he added, anticipating close partnership with the NIEHS.