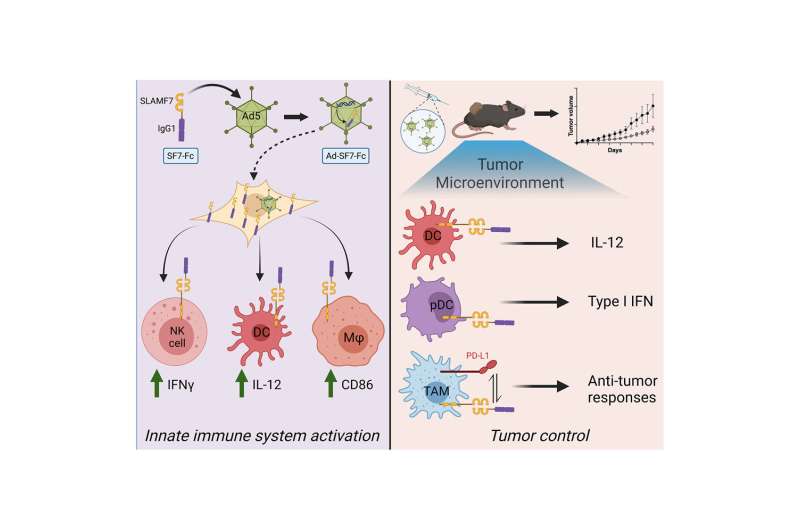 Advancements in cancer research and treatment have resulted in great improvements in survival rates—today, there are almost 17 million people in the United States alone who have survived their diagnosis because of the physicians and scientists who have dedicated their careers to breakthrough approaches. June is Cancer Survivor Month, and as we celebrate the individuals living with, through and beyond their disease, select care for medicine the Michigan State University College of Osteopathic Medicine is spotlighting some of the researchers contributing to these advancements in science, including Yasser Aldhamen, Ph.D.

Dr. Aldhamen and his team recently published a paper in Molecular Therapy—Oncolytics about their ground-breaking cancer immunotherapy strategy, which can shrink tumors and increase survival in mice harboring certain cancers resistant to treatment.

“The whole idea is to treat patients from within, rather than with drugs to eradicate cancer,” Aldhamen said.

Building on his past work, the lab devised a way to harness the naturally active immune system to control tumor growth by activating cytolytic cells, such as NK-cells, and innate immune cells, such as macrophages and dendritic cells, within tumors.

“Our lab has experience with viral vectors as gene therapy and vaccines,” Aldhamen explained. “We developed a cancer-killing agent by using a virus (Ad-SLAMF7-Fc) to harness the activity of the immune system. We used a protein (SLAMF7-Fc fusion) that we know activates immune cells in the tumor microenvironment. Using colon cancer and melanoma cancer mouse models, we showed that we can control tumor growth and increase survival in mice with these tumors. We can induce tumor control by activating the innate immune system.”

Dr. Patrick O’Connell, Ph.D., an eighth-year D.O.-Ph.D. student who worked on the research project, described it as a “multi-pronged approach to activate immune cells in a tumor to direct those cells to kill cancer cells.” He further explained, “We’re trying to re-educate the immune system to teach it that, “This is a cancer cell, now target it for destruction.'”

In short, the team proved that adapting the body’s own immunity to control tumors is possible—allowing doctors to target this function as part of a patient’s cancer treatment in the future. Aldhamen envisions that this approach could be combined with another FDA-approved immunotherapy, such as anti-PD-1 checkpoint blockade, to create an additive effect and boost the efficacy of anti-PD-1 treatment.

Aldhamen said this approach is practical and cost-saving. “Biologic therapeutics are expensive,” Aldhamen said. “We can get a more powerful response by putting the SLAMF7-Fc gene in a viral vector and producing it in the tumor microenvironment to attract the cytolytic immune cells to the tumor. It turns the tumors into mini factories that produce a lot of our immune modulatory SLAMF7-Fc protein, which gives us the immune response we’re looking for.”

Aldhamen works in the college’s microbiology and molecular genetics department and oversaw the two-year research project, which started in 2019 and involved several other MSU faculty members, including College of Osteopathic Medicine Dean Andrea Amalfitano.

In addition to proving the feasibility of this new immunotherapy approach, the team also used machine learning to better understand the mechanism of how Ad-SF7-Fc-induces anti-tumor activity.

“We tested this new immunotherapy approach in multiple mice models to show it works in different types of mice and with different cancers—it’s broadly applicable,” O’Connell said.

With further testing, “A new cancer drug could target the SLAMF7 protein to help cancer patients with other types of resistant cancers,” O’Connell added.

The lab has seen some interest from the biotech field in licensing this technology. “We can target the receptor within tumors with small molecules as drugs,” Aldhamen said.