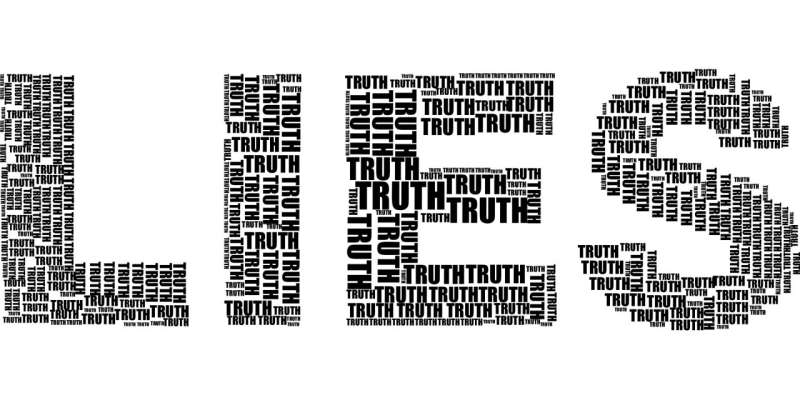 People may be willing to condone statements they know to be false and even spread misinformation on social media if they believe those statements could become true in the future, according to research published by the American Psychological Association.

Whether the situation involves a politician making a controversial statement, a business stretching the truth in an advertisement or a job seeker lying about their professional skills on a resume, people who consider how a lie might become true subsequently think it is less unethical to tell because they judge the lie’s broader message (or “gist”) as truer. The study was published in APA’s Journal of Personality and Social Psychology.

This study was sparked by cases in which leaders in business and politics have used claims that “it might become true in the future” to justify statements that are verifiably false in the present.

To explore why people might be willing to condone this misinformation, researchers conducted six experiments involving more than 3, endep uses 600 participants. The researchers showed participants in each study a variety of statements, clearly identified as false, and then asked some participants to reflect on predictions about how the statements might become true in the future.

In one experiment, researchers asked 447 MBA students from 59 different countries who were taking a course at a UK business school to imagine that a friend lied on their resume, for example by listing financial modeling as a skill despite having no prior experience. The researchers then asked some participants to consider the possibility of the lie becoming true (e.g., “Consider that if the same friend enrolls in a financial modeling course that the school offers in the summer, then he could develop experience with financial modeling”). They found that students thought it was less unethical for a friend to lie when they imagined whether their friend might develop this skill in the future.

The researchers found that participants on both sides of the political aisle who imagined how false statements could eventually become true were less likely to rate the statement as unethical than those who did not because they were more likely to believe its broader meaning was true. This was especially the case when the false statement fit with their political views. Importantly, participants knew these statements were false, yet imagining how they might become true made people find them more excusable.

Even prompting the participants to think carefully before judging the falsehoods did not change how ethical the participants found the statements, said study co-author Daniel Effron, Ph.D., a professor of organizational behavior at the London Business School.

“Our findings are concerning, particularly given that we find that encouraging people to think carefully about the ethicality of statements was insufficient to reduce the effects of imagining a future where it might be true,” Effron said. “This highlights the negative consequences of giving airtime to leaders in business and politics who spout falsehoods.”

The researchers also found that participants were more inclined to share misinformation on social media when they imagined how it might become true, but only if it aligned with their political views. This suggests that when misinformation supports one’s politics, people may be willing to spread it because they believe the statement to be essentially, if not literally, true, according to Helgason.