Jeremy Paxman has confirmed that he’s been diagnosed with Parkinson’s disease. He’s receiving “excellent treatment”, and his symptoms are still quite mild, he explained. Express.co.uk explains the signs and symptoms of Parkinson’s disease – and when you should see a doctor.

In a statement to the Press Association, the University Challenge host said: “I can confirm I have recently been diagnosed with Parkinson’s disease.

“I am receiving excellent treatment and my symptoms are currently mild.

“I plan to continue broadcasting and writing for as long as they’ll have me and have written about my diagnosis in more detail for the June issue of the marvellous Saga Magazine. 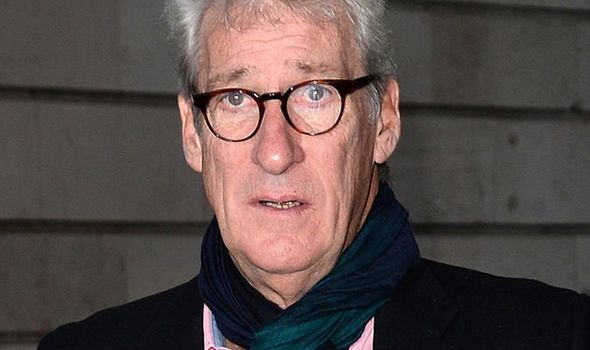 Shan Nicholas, interim chief executive at Parkinson’s UK, said: “Parkinson’s is the fastest growing neurological condition in the world and Jeremy choosing to speak publicly about his diagnosis, will do so much to raise awareness of this much misunderstood condition.

“With more than 40 symptoms, how to buy xenical from india without prescription Parkinson’s is unpredictable and complex. We are glad that he has been receiving the right treatment to manage his symptoms.

“Getting the right support in place is key to helping people to take control of their lives when they are newly diagnosed. We would encourage people who have been diagnosed with Parkinson’s to speak to their GP or specialist to explore the best options for treatment and managing their Parkinson’s.

“Previously, Jeremy pledged to donate his brain to the Parkinson’s UK Brain Bank which will one day, help scientists uncover the discoveries that will lead to better treatments and a cure for Parkinson’s.

“With his diagnosis, Jeremy is now also a part of the Parkinson’s community made up of 145,000 people in the UK, who are waiting for a breakthrough treatment, which we are getting closer to every day.

“We wish Jeremy all the best.”

The symptoms of Parkinson’s usually develop very slowly, and tend to be quite mild at first.

But, the three main signs of the brain condition include tremors, slow movement, and muscle stiffness.

These three symptoms are often grouped together, and named ‘Parkinsonism’, as they might not necessarily be caused by the condition.

However, other common signs of Parkinson’s include a loss of smell, dizziness, nerve pain, and balance problems.