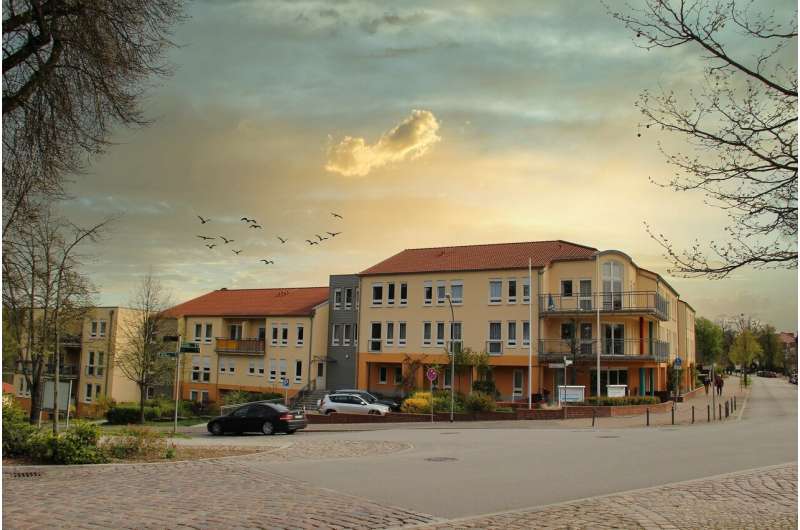 With the onset of the COVID-19 pandemic, telemedicine has become a new norm for many routine and non-emergency medical needs. But there are lessons to be learned from telemedicine’s use—or lack thereof—prior to the pandemic, and a new study from a UConn School of Social Work researcher offers insight for policymakers, administrators, and public health officials when considering the implementation of new services.

A qualitative researcher, lead author and licensed clinical social worker Kelsi Carolan was brought into the study—which was conducted in 2017 and 2018 and was recently published in the Journal of Medical Internet Research—to examine the adoption of a telemedicine program in a California independent senior living community.

“Initially, the study was purely looking at stats, seeing what the effects of this intervention would be, if any, amoxicillin clavulanate potassium 875 mg uses on the unnecessary use of emergency transport—residents being transferred to the emergency department,” Carolan says. “What my co-authors were seeing in the numbers was that it wasn’t having much of an effect. The intervention didn’t seem to be working.”

Despite the fact that the program was being offered at no cost to residents, and despite a push from the community’s administration to utilize the program for cases that were not medically urgent, telemedicine wasn’t actually reducing the number of emergency room visits amongst residents in the community. The intervention uptake was low, and the researchers wanted to better understand why.

Carolan and her co-authors conducted separate focus groups with frontline, emergency-trained staff members and with residents from the community. The residents included both individuals who had previously used the telemedicine option as well as those who had not. Overall, the residents expressed a desire to avoid emergency room visits as much as possible—they disliked the long wait times, financial costs, and potential health risks of visiting the emergency room.

Some residents said the telemedicine option had helped avoid an unnecessary trip, while another said that their telemedicine experience actually reinforced the need to go to the emergency room despite the resident’s initial hesitancy—an unexpected benefit that helped diagnose a serious heart condition and ultimately led to important treatment.

The perceptions and experiences of the residents, however, were often in direct contradiction to the opinions of the community’s frontline staff, who reported in their focus groups that residents were reluctant to use the telemedicine option and did not directly request it. The staff felt that telemedicine ultimately just delayed an otherwise inevitable trip to the emergency room, seeing it as an obstacle to providing care to the community’s residents and not a valuable tool.

“Staff were saying it’s not appropriate for emergency care, and most folks need to go to the emergency room,” says Carolan, who has previously conducted qualitative research looking at a community paramedicine intervention. “It really made me think about my previous work and how much of a culture shift it is to ask emergency-trained responders, like EMTs and paramedics, to start to think about preventing emergency transport. Especially EMTs, because it’s just not what they’re trained to do. It’s really asking a profession to change its whole culture and training.”

The researchers ultimately concluded that a key barrier to the telemedicine program’s successful implementation was this resistance from staff, though Carolan says the COVID-19 pandemic may well have helped to change those cultural perspectives within the profession.

“I have faith that people who go into emergency care careers, like EMTs—they really want to help people,” she says. “There’s room for change if there is increased recognition among these frontline providers that sending people to the emergency room unnecessarily is not actually helping them and may actually cause harm. There might be a broader and more mainstream understanding now of the risks, at least related to COVID, of going into the emergency room when it’s not necessary.”

Carolan says that, in addition to not measuring the potential impact of the pandemic on attitudes, the study’s sample was limited to the voluntary participation of residents at only one independent senior living community, and that the community’s residents were of higher socioeconomic status, which may have meant they had access to additional resources that rendered telemedicine less appealing.

But she says that, as a clinician, there’s a lot for practitioners—and policymakers—to learn from the study.

“One of the things about the study that I find really interesting is that it really highlights how there can be such a discrepancy sometimes between the preferences of the people that we’re serving as providers and what the providers, in this case the EMT staff, believe is best,” she says. “In addition, we really have to think carefully when we’re trying to introduce these kinds of interventions—which is not even really specific to telemedicine -about the people who are on the ground actually trying to provide them. It’s one thing for me to come in, as a researcher, or for these big intervention or demonstration projects to be put in place, but if the people on the ground who are actually in charge of delivering the intervention don’t feel it is valuable or a good use of their time, then the whole thing may be destined to fail. For me, that encourages caution.”

She says the study also highlights the importance of qualitative research in providing a more complete look at the effectiveness of policies and interventions.

“If we just looked at the quantitative data, the stats of the study, we would not really understand the full picture; we would just know that the telemedicine intervention wasn’t really successful,” Carolan says. “That’s what it looks like with just the numbers. And I think what the study actually highlights is that it wasn’t the full picture—the lack of uptake was related to the lack of provider buy-in.”