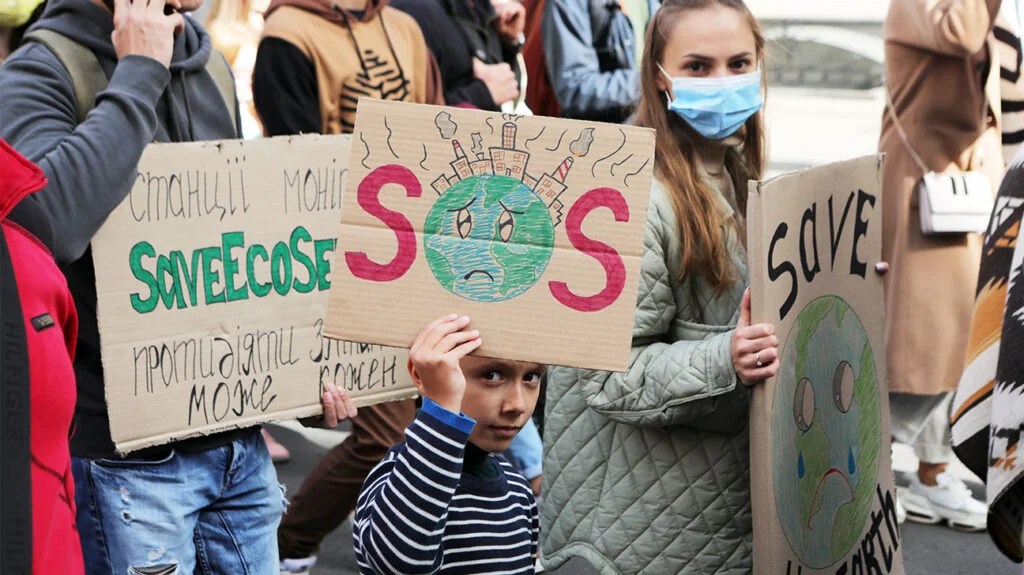 Although scientists have been warning of the peril of global warming and climate change for decades, leaders across the world have been slow to respond, casting doubt on humanity’s future. More than anyone else, that future belongs to young people.

According to a new survey led by researchers from the University of Bath in the United Kingdom, most young people are worried and angry about what they see ahead. It is a future they feel should have been, and still could be, prevented by an older generation not doing enough to prevent it.

Overall, 75% of young respondents said, “the future is frightening.”

In some countries, that number was even higher. In Portugal, it was 81%, and in the Philippines, 92%.

Mitzi Tan, a 23-year-old Philippina, told the University of Bath:

“I grew up being afraid of drowning in my own bedroom. Society tells me that this anxiety is an irrational fear that needs to be overcome — one that meditation and healthy coping mechanisms will ‘fix.’ At its root, our climate anxiety comes from this deep-set feeling of betrayal because of government inaction. To truly address our growing climate anxiety, we need justice.”

Additionally, 45% said that worry about climate change is affecting their daily lives and functioning. And 59% characterized themselves as extremely worried, while 84% said they were moderately worried.

Fifty-five percent of the respondents felt they would have fewer opportunities in life as adults than their parents.

The study, “Young People’s Voices on Climate Anxiety, Government Betrayal, and Moral Injury: A Global Phenomenon,” is undergoing peer review before official publication in The Lancet.

As such, the final version of the study may include important details that the reviewers may find it currently lacks, making the validity of its methodologies and conclusions difficult to assess thoroughly.

The survey marks the first time a study has tied young people’s concerns to governmental inaction — 58% of respondents said governments are “betraying me, future generations, [or both].”

Additionally, governments were failing young people, said 65% of the respondents, while 33% asserted that the response from governments was not “protecting me, the planet, future generations, [or both].”

Dr. Matthew Schneider-Mayerson is an associate professor of Social Sciences and Humanities (Environmental Studies) at Yale NUS College in Singapore.

In an email, he pointed out to Medical News Today that “most countries are gerontocracies, controlled by people in their 60s, 70s, and 80s. These generations tend to be less concerned about climate change, and these leaders, who came of age at a very different time, may not truly understand the full gravity of the climate crisis. Hopefully, youth climate activism can put additional pressure on them to take the kind of action that is urgently required.”

Dr. Schneider-Mayerson, who was not involved in the survey, was the lead author of a 2020 study on eco-productive concerns.

Of the survey respondents, 48% reported feeling dismissed or ignored when they tried to talk to others about climate change.

“Every child and family is unique. But in general, parents [and caregivers] need to be willing to listen to their children, to have some difficult conversations, and to hear some difficult things. But perhaps more importantly, they need to be willing to change their own behavior — not just minor things, such as how they eat, but their willingness to participate in social movements and electoral politics to put pressure on policymakers.”

“For children that are understandably feeling betrayed by their government, and by their parents’ generation, it is this kind of behavioral change, and not vague assurances or platitudes, that will make them truly feel heard,” Dr. Schneider-Mayerson continued.

Beth Irving is a climate activist who organized 2019 student climate change strikes in Cardiff Bay, Wales. She described to the University of Bath the exhaustion she feels at the age of just 19 years old:

“When I was 16, […] I went through phases of feeling utterly helpless in the face of this immense problem and then would launch myself into organizing protests or changing things within my school. To put so much energy into something and then see so little real-life impact was exhausting — I had many occasions where I would hide myself away and think, ‘none of this is enough.’”

She continued, “It’s so damaging to put this problem on the shoulders of young people — hope needs to come instead from palpable structural action.”

“I find young climate activists to be incredibly politically savvy, and they seem to be doing all of the right things to make their voices heard. Adults shouldn’t waste their time trying to control or channel young people’s activism or complain about how they’re expressing themselves. Instead, adults should be joining them. Instead of being armchair strategists, adults should be spending their time responding to the five-alarm fire that is the climate crisis and doing everything that they can to ensure that all of us have a decent future to look forward to.”