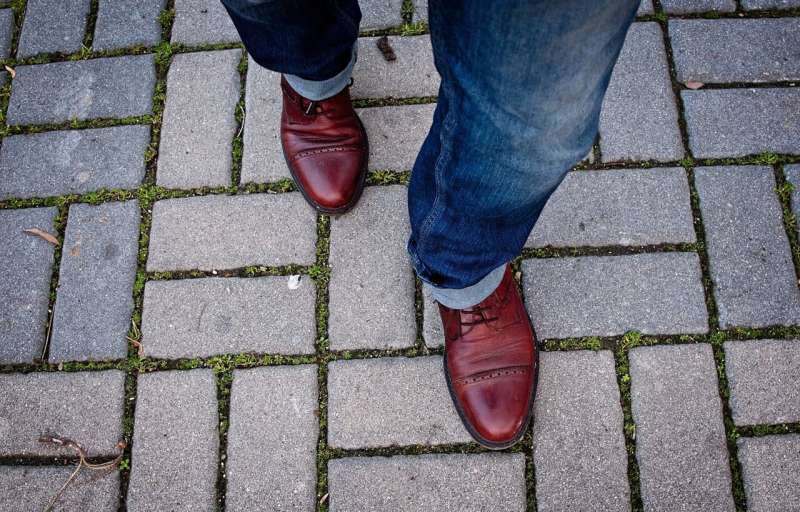 A new study suggests a person’s walking style that places more pressure on the hips and knees can contribute to future osteoarthritis. Researchers say the key is to find and catch these habits ‘in the act’ early on.

The way people move and unconsciously place pressure on certain joints when walking could play a role in future onset and progression of osteoarthritis.

Led by researchers at the University of Sydney in collaboration with researchers from the University of British Columbia, the study analyzed all available literature on the relationship between the method of how people walk, including the way they load their joints (place weight or pressure) in their lower limbs, and the risk of developing osteoarthritis or having the osteoarthritis worsen.

They found certain ‘markers’ during walking, were associated with increased odds of the onset and progression of osteoarthritis in the hips and knees.

The findings are published in Osteoarthritis and Cartilage.

“This is the first study to confirm that certain biomechanics or human movement are associated with onset and worsening of osteoarthritis,” said Ph.D. candidate Ms Nicole D’Souza, who led the analysis.

“Osteoarthritis has no cure and is the major cause of disability and chronic pain in Australia. The findings in this study are significant, as these risk factors can be screened for in a biomechanics lab and are modifiable through certain therapies.”

The way we move

For the study, researchers pooled data from 23 studies, compiling data from over 4000 individuals to examine different types of joint movement involved during walking and the relationship with progression of osteoarthritis.

“Identifying which markers to look at during walking is quite a complex task as you can observe so many joints at different timepoints, amoxicillin v ” said Ms D’Souza.

The way people move and load their joints over time impacts not only people with early to mid-stage osteoarthritis, but people who are healthy as well.

One of the major findings of the study was a walking pattern, where an individual’s knee slightly moves outwards and back in again whenever they take a step. This was found to be associated with nearly two times increased odds of osteoarthritis worsening in the knee.

Our walking habits often develop unconsciously, and many factors can influence how we walk, for instance our height, weight and walking speed.

These movements are very small and undetectable unless specially trained allied health professionals were examining for it specifically.

Ms D’Souza says that seeing a physiotherapist is essential for general osteoarthritis management, but any interventions to alter biomechanics of walking are not fully established.

The next step: The biomechanics gait lab

Each step we take while walking is made possible by a complex string of movements in our joints and muscles. Normally examination of walking and movement by a clinician is linear and in 2D.

The goal of the University’s new Biomechanics Lab is to take exploring human movement to the next level.

Located in the Susan Wakil Health Building and officially opened earlier this year , the Biomechanics lab uses 3-dimensional industry-leading motion capture technology to capture movements in every detail. The laboratory has 20 cameras installed, which researchers say makes the facility the most well equipped in the Southern Hemisphere and second best in the world after Disney (they have 90 cameras).

The laboratory uses similar technology as the ones used by leading movie and animation studios for motion capture to map actors’ movements and bring animation to life. By harnessing this technology for clinical purposes, it allows the research team to obtain more information.

The technology, paired with the knowledge of which markers are associated with the disease, will add a new dimension to the study of osteoarthritis.

The next step for the lab is to screen for these markers and identify ways to take the pressure off joints to slow the progression of the disease.

Associate Professor Milena Simic, senior author of this study and director of the Sydney Performance and Biomechanics Laboratories in the Faculty of Medicine and Health said: