Two Houston paramedics have been suspended for seven days following an investigation involving the resuscitation of a teenage boy that failed to meet “standards and expectations,” authorities confirmed to Fox News.

Stacy Williams dialed 911 on Jan. 26 in search of a catheter for her 14-year-old grandson Jacah, a survivor of shaken baby syndrome, who had been administered two doses of trazodone and was asleep for an extended time, as expected. Williams grew concerned after Jacah didn’t urinate all day.

The boy’s lips were turning white and when Williams pressed on his nails, the color wasn’t returning, she told Fox News. She wasn’t alarmed because the child’s body temperature and heart rate typically run low. 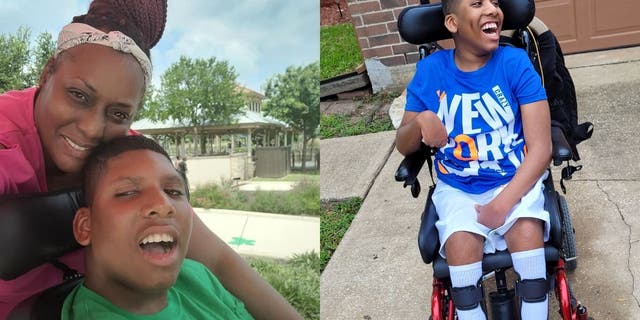 In an emailed statement to Fox News, Houston Fire Chief Samuel Peña said: “The vast majority of our employees serve our community with care, honor and distinction. I do not believe the high standards and expectations we have for our employees and their work were met in this particular case, artane gravidanza and when that occurs, we will hold ourselves accountable. At the conclusion of the investigation I found cause to sustain on rule violations, which resulted in a 7-day suspension without pay.”

The case, believed to be a cardiac arrest, involved two other investigations: The City of Houston Office of Inspector General “found insufficient evidence” for a discrimination complaint on the basis of race and disability, according to documents shared with Fox News, and a Department of State Health Services-led investigation of each employee is ongoing, Peña said.

According to Williams, two paramedics from the Houston Fire Department responded to the January call at a hotel where the family was staying.

“The heavy set [paramedic] took Jacah’s wrist, and he said, ‘Oh yeah ma’am he’s gone,’ and I said, ‘What?’ ‘Yeah ma’am. He has no pulse, he’s gone,’” Williams recalled. Medical records note the patient was cold to the touch and didn’t appear to be breathing.

Williams allegedly urged the paramedics to take action after which they set up a heart monitor to check the boy’s pulse, but again declared the boy dead, she said.

Williams said she grew frustrated, and scooped Jacah up to head for the hospital when one paramedic offered to perform CPR.

“When I passed by [the paramedic], he had his hand on his hip and said, ‘Ma’am, I’ll be honest with you, it’s gonna take an act of God.’ I said, ‘Well I believe in him, so do something,’” Williams added.

Jacah began to vomit out of his nose, and while Williams prompted the paramedics for a suction machine, another paramedic appeared on scene and took action by starting CPR on the boy, Williams said.

Jacah was ultimately transported to Memorial Hermman Northeast Hospital where he went on to endure a 31-day hospital stay, according to Williams, claiming the boy’s tonsils partially collapsed due to insufficient oxygen supply to the brain, potentially spurring added brain damage.

The morning after Jacah was admitted to the hospital, staff allegedly informed Williams that the child’s organs were shutting down and he was dying.

“They put me in the bed with him to tell him goodbye, and I laid in that bed and I looked at my child and I told my husband, ‘Get me out of this bed. I’m not doing this and I’m not leaving this hospital without my kid, so you do whatever you have to do,'” Williams said. 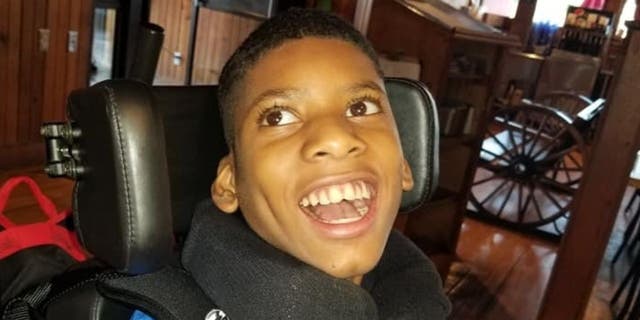 A surgery to treat the tonsils was planned for June, but due to all the complications and recent cardiac arrest, the procedure was canceled, Williams said.

Jacah was removed from a ventilator but a feeding tube resulted in significant weight gain, and the family is left investing in medical equipment to move and lift Jacah, according to Williams, who said Jacah is “not the same kid.”

“He’s been through a lot, that’s why I fight the way I do for him because he deserves life, he deserves the world, he was never given a chance,” Williams added.

The Houston Fire Chief, Peña, intends to personally meet with Williams in the coming days to discuss the incident, now that the administrative process is complete, he said.

A rep for Memorial Hermman Northeast Hospital did not immediately respond to Fox News’ request for comment.