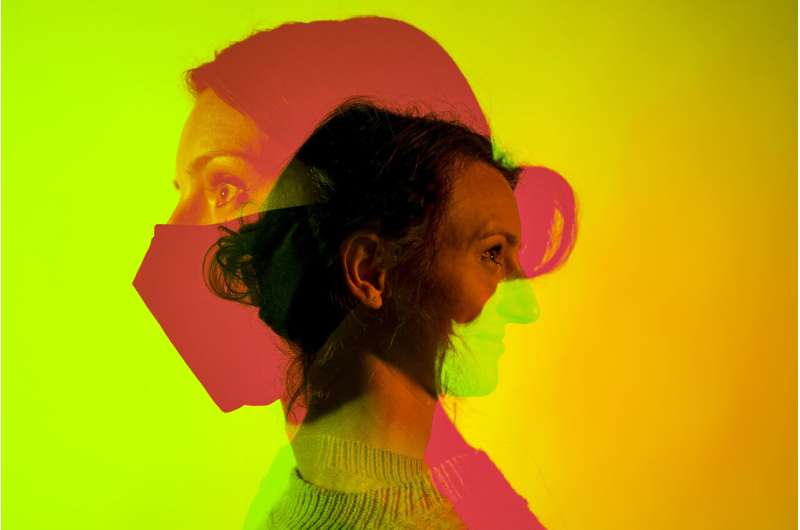 In the spring of 2020, pandemic precautionary guidelines were fairly straightforward: Stay at home, interact with as few people outside of your household as possible, and when you must go out, wear a mask.

Then, as the new year came, so, too, did vaccines. And then the guidelines changed.

Masks came off. Crowds assembled for sports games, concerts, and festivals. We hugged our grandparents and friends again. It was termed “hot vax summer,” and we were breaking free from cautiously tight social circles to gather together in-person in ways we hadn’t since early 2020.

But the pandemic isn’t over and COVID-19 hasn’t been eradicated. That means we’re still contemplating questions of just how cautious we should be as we mix more socially. And, Northeastern behavioral experts say, as social norms are generally situational and prone to change, figuring out how to behave has gotten a lot more confusing and complicated than it was when the pandemic began.

“The ground rules have changed,” says Rory Smead, associate professor of philosophy at Northeastern, who researches the evolution of social behavior. “We have the variants and we also have vaccinations. When there weren’t a lot of variants around and we didn’t have vaccinations, it was sort of easy to have a one-size-fits-all rule [about how to behave]. Now, it’s not easy to make a straightforward decision.”

When public health officials’ guidance largely focused on limiting our physical interactions with others, many people stuck to their households or formed “pandemic pods” in order to socialize in-person with people who shared their level of caution. In those smaller social circles, it was easier to establish an agreement about how to behave. Or, you could more readily choose who to interact with based on whether or not your behaviors matched.

“We had to rein in our social network. And this forces you to make decisions and be economical in what friendships you’re cultivating in a way that you don’t have to normally,” Smead says.

Shrunken social circles also likely further entrenched an individual’s behavioral choices around pandemic precautions, he adds. As you and others in your social group adopt a behavior, there’s a sort of feedback loop that further reinforces that behavior. You choose to behave a certain way because those around you are, and they do the same, he says.

“Humans like to conform to their local social groups,” Smead says. “That’s the kind of critters we are. And then once the [behavioral patterns] are there, they can be hard to shake out of.”

Now, we’ve busted out of those pods. And that means we’re having to negotiate mismatches in social norms yet again.

It’s scenarios like this, when we all have to adjust to a significant change at the same time and are reshuffling our social networks, that “you see these sort of norm negotiations that have to happen,” Smead says. “They’re not explicit negotiations, but they’re sort of, “I try something, I see what other people are doing, there’s some feedback that goes on, I adjust my behavior,” and then we go back and forth about this many times.”

“Eventually things sort of settle down into a pattern,” he says. “But the more things change and the less uniform the rules are, the longer it takes for that to settle down, the harder it is for us to navigate.”

Sometimes we negotiate those social norms and behavioral changes literally, through conversations with the people in our lives. But other times, it’s not intentional at all.

“Most of the time that our behavior is changing, we are not necessarily aware of the why. We are just adapting to the environment,” says Laura Dudley, associate chair of the department of applied psychology and an associate clinical professor at Northeastern.

You might not even realize that you’re changing your behavior in the moment, says Dudley, who is a board certified and licensed behavior analyst. For example, she had stopped wearing a mask to the grocery store, but recently she found herself putting one back on.

“It wasn’t like I made this conscious decision,” Dudley says. She asked herself why she’d changed her behavior and “I realized that, over time, I was noticing more and more people wearing masks. And I felt like I should probably be wearing a mask, too. My behavior was being influenced by the context in a way that I wasn’t even aware of.”

Sometimes our behavior is governed by more conscious rules, Dudley says. Those rules can be handed down from an authority (think: governors’ mask mandates or limits on social gatherings). But they can also be perceived rules, such as when a trusted friend tells you that masks are bad, and then you may not wear a mask.

But Dudley says a more subtle force is likely behind many behavioral shifts we’ve made during the pandemic: operant conditioning, or learning behaviors from rewards and punishments.

“With operant conditioning, a behavior comes into contact with a particular consequence, and then it’s more or less likely to occur in the future as a result of that,” she says. “I have a friend who was yelled at for pulling her mask down to take a sip of coffee while she was walking down the street. And that might impact the future probability of her doing that,” Dudley offers as an example.

Or, Dudley adds, if someone was denied service at a store or restaurant for not wearing a mask, they might be more likely to wear a mask—or less likely to return to that business.

“When we talk about reinforcement and punishment, these aren’t things that we have to buy into,” she says. “They just happen, and they are constantly impacting our behavior.”

This means that the behavior someone chooses to engage in can end up being highly context-driven—and particularly social.

Now, as social norms around pandemic precautions continue to shift, those social reinforcements are changing, too. And so, in many ways, uncertainty continues to rule as we try to navigate ongoing confusion around the pandemic and variants, as well as a general fatigue with our disrupted lives.