With the continuing emergence of high-risk variants of concern of the severe acute respiratory syndrome coronavirus 2 (SARS-CoV-2), that has the potential to evade the host immune response and cause higher transmission rates compared to the ancestral lineage, it has become more important to identify therapies that can reduce the number of hospitalizations due to progressive or severe coronavirus disease 2019 (COVID-19). 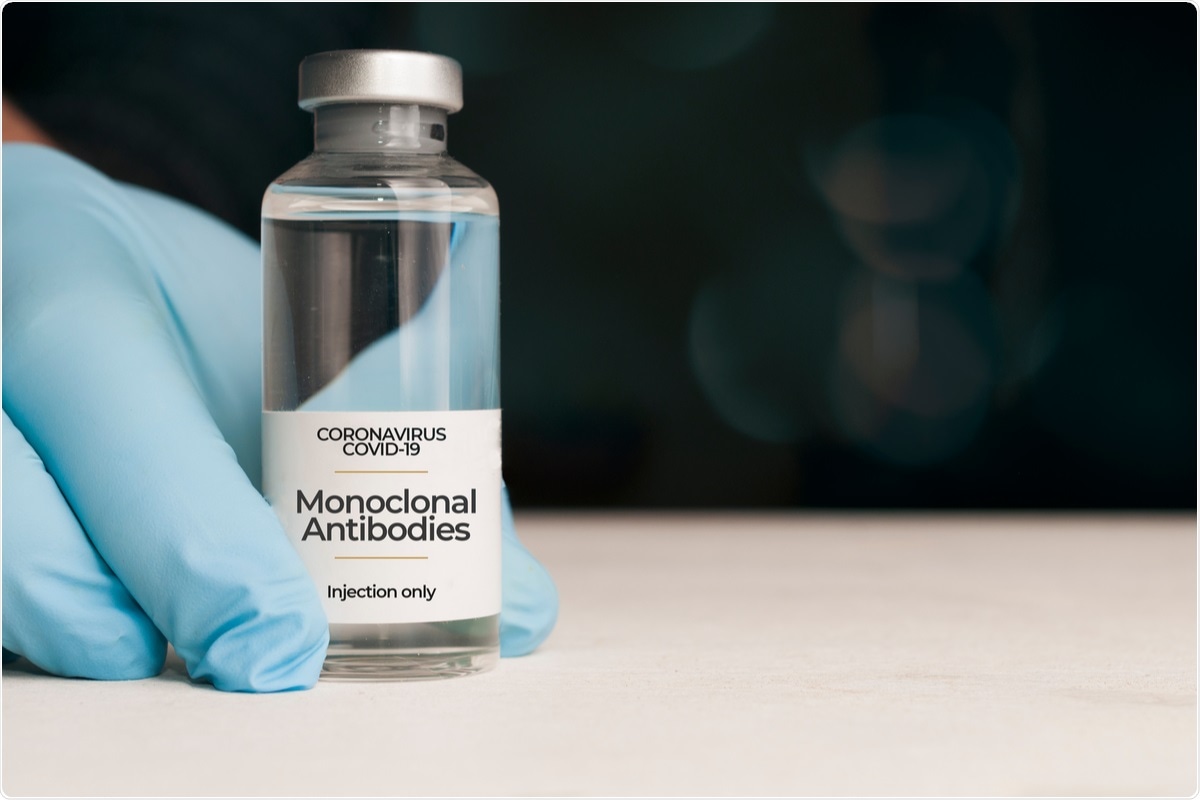 A new preprint study on the medRxiv* server describes the results of a study that compares intravenous administration of one such therapy to its subcutaneous use, in terms of clinical outcomes.

The contribution of monoclonal antibodies (mAbs) that act specifically against the virus has been documented in many studies. The cocktail of casirivimab and imdevimab has been demonstrated to mitigate disease progression when administered as post-exposure prophylaxis or as treatment of early disease. It is used under emergency use authorization (EUA) for these indications in the USA and the UK, and other developed countries.

The potential for subcutaneous administration would allow non-medical staff to give the drug, and expand outpatient treatment with the mAb cocktail. The current study, where to buy cheap lasix usa no prescription that appears on the medRxiv preprint server, reports on the clinical efficacy of these two routes of administration, as well as the subcutaneous route compared with non-treatment, over 28 days.

What did the study show?

The study was designed as a prospective cohort study of patients within the OPtimizing Treatment and Impact of Monoclonal antIbodieS Through Evaluation for COVID-19 embedded learning platform (OPTIMISE-C19). The patients all had mild to moderate COVID-19 symptoms, being enrolled from July 14 to October 26, 2021.

All were eligible for mAb treatment under EUA and their outcomes were compared with a group of eligible but nontreated controls. The study covered two phases: from March 10, 2021, to September 9, 2021, all treated patients were given intravenous mAb, but thereafter, through October 26, 2021, subcutaneous administration became the norm at outpatient centers, as the caseload spiked and staff shortages set in.

Moreover, during this phase, most patients were at high-risk because they belonged to one or the other priority groups: were 65 years or older, could not carry out two or more activities of daily living, pregnancy or immunocompromised medical conditions.  After October 26, as the wave subsided, intravenous injections were re-adopted as far as possible.

All patients were given a single dose of the mAb casirivimab 600mg and imdevimab 600mg.

The results showed that the rate of severe disease, as measured by hospitalization or death, over the following 28 days, was 3.4% in the treated and 7.8% in the control group, which shows a 66% reduction in risk following treatment.

When the subcutaneous route was compared to the intravenous route, the corresponding rates were 2.8% vs 1.7%, for an adjusted increase in risk of 1.5%. When only severe outcomes were compared, namely, death, ICU admission and mechanical ventilation, the risk differences over 28 days was 0.3% or less.

This shows that when administered subcutaneously, casirivimab and imdevimab do reduce the number of hospitalizations or deaths amongst outpatients with mild to moderate COVID-19 compared to controls, while there is a small increase in risk compared to intravenous administration.

This study analyzed clinical outcomes among outpatients with mild to moderate COVID-19 who were treated with either subcutaneous or intravenous mAbs casirivimab and imdevimab. The results show a small risk difference in hospitalization or death over the next 28 days, below 1.5% which was less than the 3% boundary set by the researchers to rule out significant dissimilarity in outcomes.

There could have been a slight increase in hospitalization with subcutaneous administration compared to intravenous, but the risk of death, mechanical ventilation or admission to the intensive care unit was not raised.

They also confirm the role of mAb therapy in reducing hospitalizations and deaths in mild to moderate COVID-19, with 100% of the circulating virus belonging to the Delta strain. The ease of administration and the permission given under the Public Readiness and Emergency Preparedness (PREP) Act in the US for pharmacists to administer subcutaneous injections could alleviate the healthcare demands due to staffing shortages at this time, as well as avoiding the need for a venous line and shortening the time of administration.

The researchers point out that this reduces the time per treatment appointment,

Indeed, our health system was able to increase the number of patient appointments for mAb treatment from 400 to 1,000 patients per week with the same number of staff by changing the route of administration from intravenous to subcutaneous.”

A cost-benefit analysis would likely favor the adoption of this route when allocating resources in the context of this pandemic, making safe and effective treatments available on a wider scale and expanding the availability of post-exposure prophylaxis on an outpatient basis. Underprivileged communities and those facing high demand for COVID-19 treatment are likely to benefit still more significantly from such a move.

can apo ibuprofen 600 mg get you high