China will grant tariff exemptions for US imports

FOX Business’ Susan Li says this exemption will apply to 700 products, which will be good for U.S. farmers and manufacturers.

The roots of President Trump's trade war with China can be traced to his 2016 presidential campaign, when then-candidate Trump blasted U.S.-China trade policy and said he'd use tariffs to reduce the U.S. trade deficit.

Since then, the U.S. and China have progressed from failed talks to a tit-for-tat tariff battle that came to a halt with the signing of the "phase one" trade deal on Jan. 15.

Trump focused on U.S.-China trade on the 2016 campaign trail. 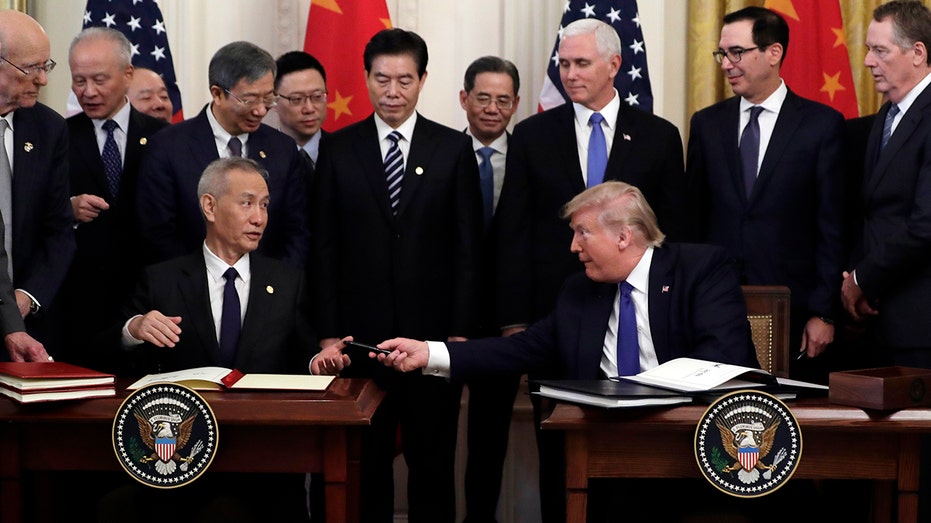 Trump signs a trade agreement with Chinese Vice Premier Liu He, in the East Room of the White House, Jan. 15, in Washington. (AP Photo/Evan Vucci)

WHAT TYPE OF ECONOMY DOES CHINA HAVE?

There are both official and unofficial factors in the China trade war, which is now in a truce, Heritage Foundation policy analyst Riley Walters, who focuses on Asian economies and tech, told FOX Business.

"Officially, it's intellectual property theft," Walters said. "It's the concern that either Chinese companies or government officials will coerce or demand American companies operating in China to transfer secrets. … Unofficially, it's the trade deficit the U.S. has with China. I think this is the big concern for this administration."

Now, a so-called black swan event — China's deadly virus outbreak — could slow down "phase one" progress. That means 2020 could prove to be a disappointing year for the farmers who were promised a “record year of exports" by Agriculture Secretary Sonny Perdue after the sting of China's retaliatory tariffs on their crops.

"It is true the 'phase one' trade deal, the [U.S.] export boom from that trade deal, will take longer because of the Chinese virus," Kudlow told "Mornings with Maria" earlier in February. 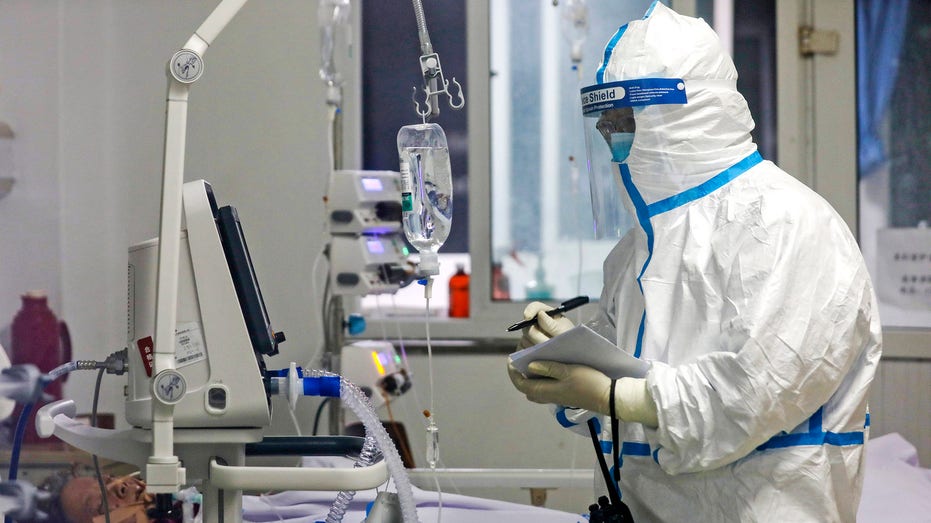 In this Sunday photo, a medical worker records down a patient’s condition at Jinyintan Hospital designated for new coronavirus infected patients, in Wuhan in central China’s Hubei province. (Chinatopix via AP)

Chinese Ambassador Huang Ping responded to Kudlow's comments, saying he hopes the virus will not affect the trade deal. Huang said he did not know if China would use a clause about unforeseeable events in the trade deal to help the country meet its commitments.

"I hope the 'phase one' deal, which we tried very hard to get there, will not be affected," Huang said. "So, let's wait and see how quickly this can be over for the disease."

The agreement includes commitments from Beijing to halt intellectual property theft, refrain from currency manipulation, cooperate in financial services and purchase an additional $200 billion of U.S. products over the next two years. 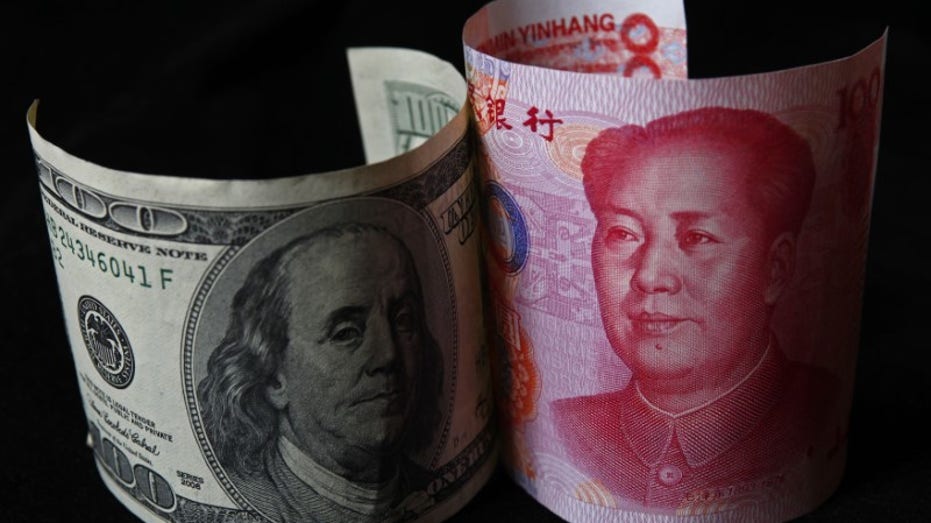 A 100 yuan banknote (R) is placed next to a $100 banknote in this picture illustration taken in Beijing November 7, 2010. REUTERS/Petar Kujundzic

"'Phase one' was low-hanging fruit," Walters said. "'Phase two' could include industrial policies, the industrial support the government gives to state champions, China's cybersecurity laws. …  This will be a harder negotiation, who knows how long it could take."