Reporting of climate change risks for banks and other financial institutions must become more standardised, climate experts say, with some calling for mandatory rules around disclosure. 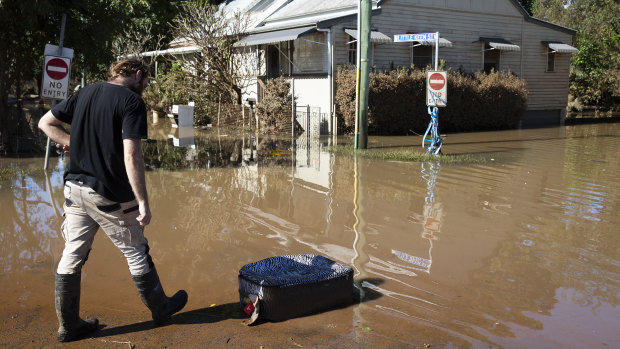 Westpac has also undertaken analysis of its Australian mortgage book, finding between 2.6 per cent and 2.7 per cent of its home loan portfolio is exposed to higher physical risks, which is projected to increase by 2050. Last year, NAB said it was working on its methodology around scenario planning of the physical risks to its lending portfolio, and ANZ said it was seeking to identify geographic areas that are most exposed to acute physical risks of climate change.

Climate risk analyst Karl Mallon, who works with consultancy firms Climate Risk and XDI, said while Australian banks had led the way in many aspects of climate reporting, he was concerned about a lack of a standardised approach across the sector.

“There are no mandatory requirements for disclosure, so essentially, banks can largely put things out and interpret them as they see fit,” he said.

“What we’re finding is that makes it very difficult to compare the reporting for different banks. This is one area where it’s not like there’s a standard label like you get on the back of a jar of peanut butter that will tell you what the ingredients are.

“Anyone can make any arbitrary label, and that doesn’t mean that they’re misleading, but it does mean that it makes it extremely hard to compare, because we’re just comparing apples, oranges and bananas all the time.”

He said there was increasing demand from investors for global comparability.

“The regulators want to get more involved, investors want to make sure disclosures mean something, so there is a push now for standardisation, potentially regulation, and in future, it might get to the point where it’s regulated in the same way ratings agencies have to apply a very specific types of analysis.”

Many companies, including the banks, follow the approach of the Task Force on Climate-Related Financial Disclosure (TCFD), an international framework used by thousands of companies in 92 countries. The influential Australian Council of Superannuation Investors has called for TCFD reporting to be made mandatory in Australia.

A KPMG study released in June found that while the big four banks were widely considered leaders in TCFD reporting domestically, the banks had not kept up with the international pace of change.

Julian Vincent, executive director of environmental finance campaign group Market Forces, said while it would be beneficial to have a set of standards mandated, in the meantime it was important that the banks continued to disclose material.

“The most important thing is that the information is actually out there for people, and predominantly investors, to see what the risks are and how they’re manifesting,” he said.

“Ideally, they will be all standardised and you can easily compare like for like, but just the fact that you’ve got material out in the public domain that can show just how acute and severe one of these risks actually are is the main thing.”

“They can always be more comprehensive. I think the information they put out has been really valuable and we need more of it.”

He said that the standard reporting guidelines should be embedded in ASX listing rules, and should be required by the regulator APRA. Vincent said that for banks, it was now more a matter of moving from climate risk disclosure to climate risk management by stopping fossil fuel lending.

“I think the main thing is just how absurd it is that institutions that identify tens of billions of dollars of risk … that they are still financing projects and companies that are making the problem worse.”

CoreLogic data and analytics executive Tim Jenner said recognising the potential challenges of climate change required a raft of new expectations and benchmarks for the finance and banking industry, but the scope and speed of the change was uncharted territory for many.

“Australia hasn’t introduced mandatory reporting yet, however guidelines have been published as recently as last year by APRA and while companies aren’t forced into climate-related disclosures, they provide clarity around regulatory expectations and examples of better industry practice.”

He said he wouldn’t be surprised if Australia followed New Zealand, which recently introduced a mandatory climate change reporting law that requires insurers, banks and investment managers to report on the impacts of climate change on their businesses.

Asian markets come charging back despite growing fallout from coronavirus