SALT LAKE CITY — President Donald Trump's $1.5 billion proposal to prop up the country's nuclear fuel industry has emboldened at least one company to take steps toward boosting operations at dormant uranium mines around the West, including outside Grand Canyon National Park.

The company, Canada-based Energy Fuels Inc., announced a stock sale late Thursday and said it would use the proceeds for its uranium mining operations in the U.S. West.

The Trump administration asked Congress this week for $1.5 billion over 10 years to create a new national stockpile of U.S.-mined uranium, saying that propping up U.S. uranium production in the face of cheaper imports is a matter of vital energy security. Approval is far from certain in a highly partisan Congress.

Some Democratic lawmakers, and market analysts across the political spectrum, charge that the Trump administration's overall aim is really about helping a few uranium companies that can’t compete in the global market, and their investors.

Energy Fuels Inc., a Toronto-based corporation that is the leading uranium mining company in the U.S., announced it was selling stock and putting the nearly $17 million in proceeds into its mining operations in Utah, Wyoming, Arizona, Texas and elsewhere in response to Trump's 2021 budget. Company spokesman Curtis Moore said Friday that could mean opening a mine about 15 miles from the Grand Canyon's South Rim entrance. 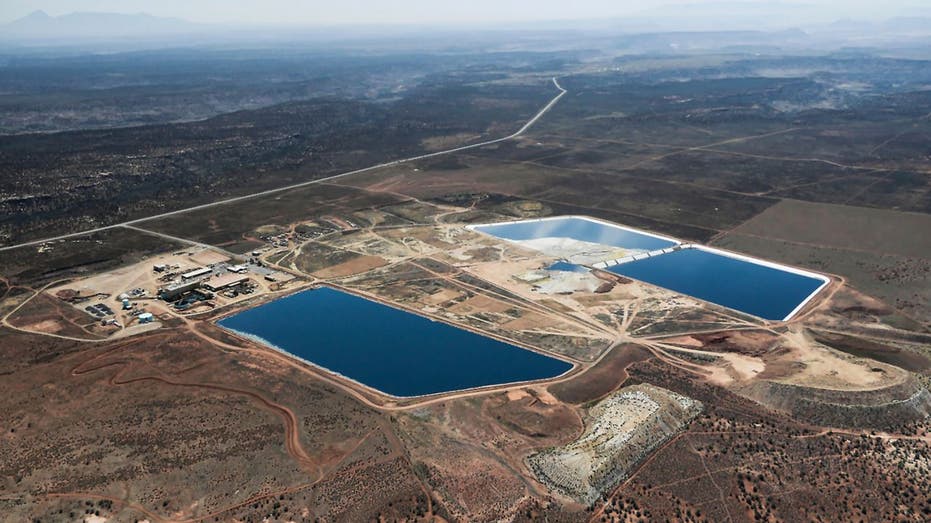 OIL FROM US GOVERNMENT LEASES TOPS 1B BARRELS IN 2019

Environmentalists and Democrats have opposed uranium mining outside the national park, mainly over concerns it could contaminate water resources. Republicans say mining could bring much-needed jobs to the region.

Energy Fuels had been one of the main mining companies seeking U.S. taxpayer support for domestic uranium mining. It also helped sell the Trump administration on cutting the size of Bears Ears National Monument in Utah to open more land for possible future mining, and oil and gas development.

Energy Fuels has no mining claims or land inside the former territory of Bears Ears, Moore said Friday. “So, that's a hard no," he said, to any suggestion it planned any immediate uranium development there.

Launching operations at the company's Canyon Mine claim outside the Grand Canyon is definitely on the table, however, if Congress approves Trump's proposal, he said.

“Depending on how things go in the coming weeks and months, we may be in a position to use some of the money to put that small mine into production," Moore said.

Trump made the request for a new national uranium reserve in his 2021 budget request this week. It was the latest illustration that trying to rescue the U.S. nuclear and coal industries is a political priority for the Republican president, who often invokes national security as justification.

The move has a range of critics.

"It’s not the responsibility of the taxpayer to bail out an industry, whether that’s uranium, solar, coal, what have you,” said Katie Tubb, a senior energy policy analyst at the conservative Washington Heritage Foundation.

The Energy Department said the plan would boost work for at least a couple of the U.S. West's nearly dormant uranium operations. Residents near another of the mines, in Utah, say they fear an increase in radioactive threats.

“Whatever Trump does, we’ll be standing our ground to let the people know that we’re not going to give up,” said Yolanda Badback, a resident of White Mesa, a town of about 200 people who are members of the Ute Mountain Ute Tribe near a uranium mill in southern Utah. 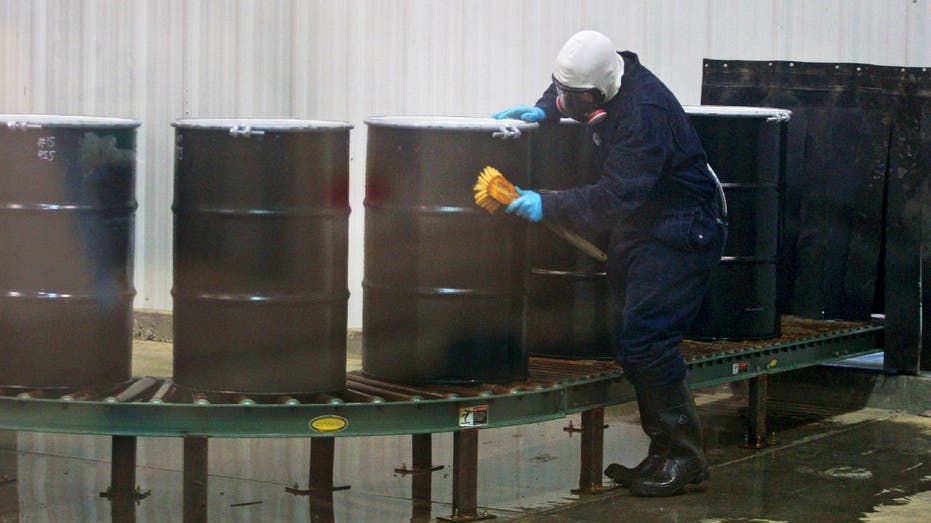 GERMANY SHUTS NUCLEAR PLANT AS IT PHASES OUT ATOMIC ENERGY

Trump's plan would need approval from a highly partisan Congress. Rep. Raul Grijalva, an Arizona Democrat and chairman of the House Natural Resources Committee, has opposed Trump's effort to make domestic uranium mining a strategic issue. His aides said they needed to see more details from the administration on the stockpile proposal.

Sen. John Barrasso, a Wyoming Republican and chairman of the Senate Environment and Public Works Committee, backed Trump's proposal. “The United States should not be dependent on foreign imports of uranium. It is a risk to our national security," Barrasso said in a statement.

Demand for nuclear and coal power sources has fallen against marketplace competition from ever-cheaper natural gas and renewable wind and solar. Trump has been unable to stop a string of coal and nuclear power plant closures.

The U.S. nuclear industry has sought help from the Trump administration, including asking for taxpayer subsidies to promote use of U.S. uranium. U.S. nuclear power plants in 2018 got 90% of their uranium from Canada, Kazakhstan and other foreign suppliers and only 10% from U.S. mines.

Trump in 2019 rejected a request from U.S. uranium mining operators that he set a minimum quota for domestic uranium. But he agreed to set up a task force of national security, military and other federal officials to look for other ways to revive domestic production of the whole nuclear fuel supply chain. 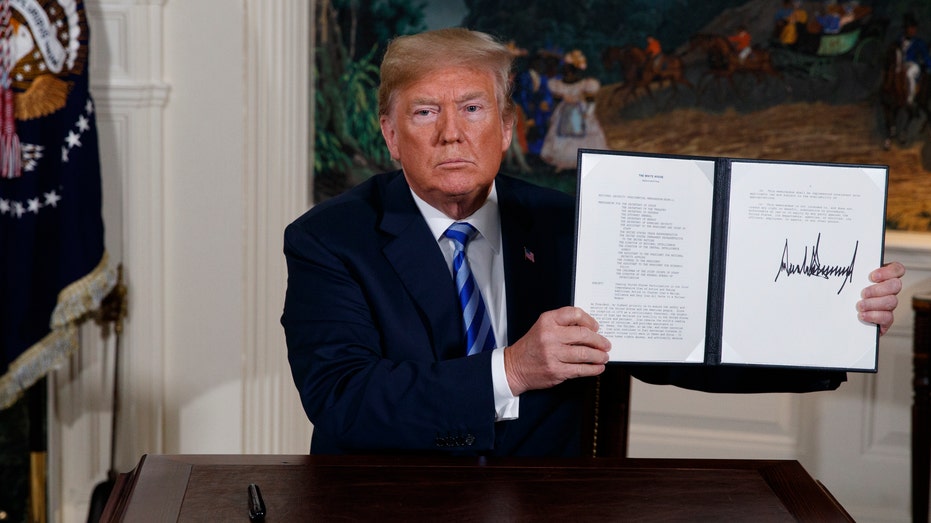 FILE – In this May 8, 2018 file photo, President Donald Trump shows a signed Presidential Memorandum after delivering a statement on the Iran nuclear deal from the Diplomatic Reception Room of the White House. (AP Photo/Evan Vucci, File)

US NUCLEAR REACTOR SHUT DOWN AFTER OFFICIALS DISCOVER LEAK

That task force's findings are expected within two weeks. Trump's budget proposal would be part of an effort “to put the United States back in the nuclear game around the world,” Energy Secretary Dan Brouillette told reporters Monday.

While Trump has called propping up U.S. uranium mining essential to national security, the Energy Department acknowledged in its budget presentation that “no immediate national security need has been identified" for the uranium reserve. The same document contends that the funds aren't meant to “disrupt market mechanisms.”

“That is exactly what it is designed to do,” said Luke J. Danielson, president of Colorado-based Sustainable Development Strategies Group, which advises foreign governments about mineral policies.

“The history of the government of trying to subsidize the energy sector and pick winners and losers is abysmal," Danielson added.

POMPEO SAYS US CAN SUPPLY BELARUS WITH 100% OF OIL, GAS

Energy Fuels called the Trump proposal “a good lifeline for the industry.” Moore, the spokesman, said the company is likely to benefit since it has operating mines in east-central Wyoming and southern Utah.

Moore said the program should lead to production of 2.5 million pounds of uranium per year. U.S. uranium mines produced less than 174,000 pounds in 2019, according to Thursday's Energy Information Administration report. That's down from 4.9 million pounds in 2014.

Energy Fuels recently laid off nearly one-third of the company's 79 employees at the White Mesa Mill and La Sal Complex mines, both in Utah, he said.

At White Mesa in Utah, Badback and other nearby residents participate in a yearly protest walk to draw attention to negative impacts the mine has on an otherwise wide open and remote stretch of land.