Steve Moore, economic adviser to President Trump, discusses how to get more people investing in the stock market.

It's a heated Presidents Day.

The roaring U.S. economy has President Trump defending his record against former President Obama who earlier today took a jab at the current administration by taking credit for "more than a decade of economic growth."

Late Monday, Trump fired off the following rebuttal in a tweet.

"Did you hear the latest con job? President Obama is now trying to take credit for the Economic Boom taking place under the Trump Administration," Trump posted to Twitter. "He had the WEAKEST recovery since the Great Depression, despite Zero Fed Rate & MASSIVE quantitative easing. NOW, best jobs numbers ever. Had to rebuild our military, which was totally depleted. Fed Rate UP, taxes and regulations WAY DOWN. If Dems won in 2016, the USA would be in big economic (Depression?) & military trouble right now. THE BEST IS YET TO COME. KEEP AMERICA GREAT!"

His ire came after Obama tweeted this morning, "Eleven years ago today, near the bottom of the worst recession in generations, I signed the Recovery Act, paving the way for more than a decade of economic growth and the longest streak of job creation in American history."

Trump's economic advisor Steve Moore, before the President's tweet, aimed to set the record straight on the $800 billion Recovery Act.

"The economy wasn't accelerating when Obama left it was decelerating," said Moore during an interview on FOX Business' Making Money with Charles Payne.

In Obama's final three years in office 2014-2016, GDP growth averaged 2.3 percent, according to data from Statista. By comparison, Trump's average growth rate in the first three years is 2.5 percent. 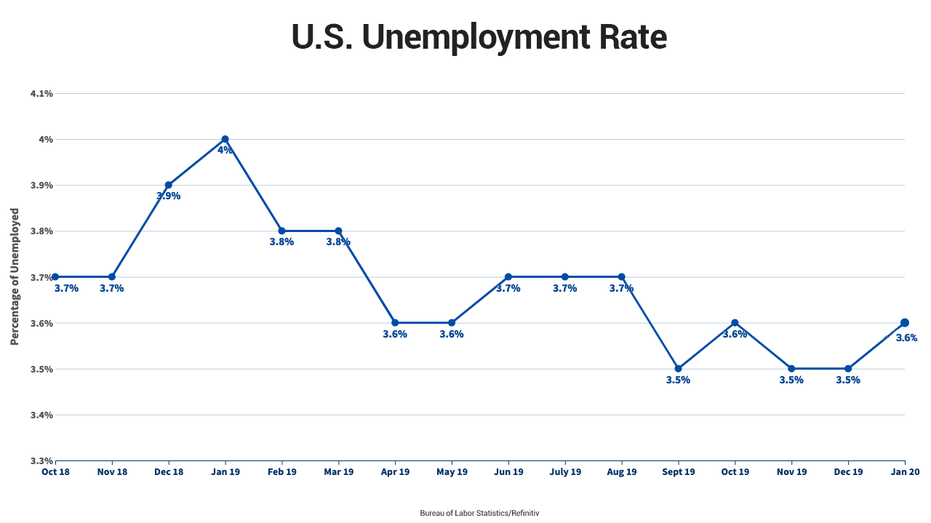 Taking a look at another metric, Trump has revived the U.S. job market with the unemployment rate dipping toward a 50-year low of 3.6 percent as of January 2020. In Obama's final month in office, the same rate was 4.7 percent, as tracked by the Bureau of Labor Statistics.

"It [Recovery Act] was a massive failure, hopefully, we learned the lesson, never again are we going to try to stimulate the economy with government spending," he said.