Tesla short-sellers, hammered by a 60 percent run-up in the electric car manufacturer's stock price this year, finally caught a break this week. Not from a mistake by mercurial founder Elon Musk, but from a virulent coronavirus that has sent global markets into a swoon.

Fears that the virus would wreak worldwide havoc after shutting down large swaths of business and personal activity in China, the world's second-largest economy, dragged major U.S. stock indexes into their steepest weekly plunges since the 2008 financial crisis, according to the Dow Jones Market Data Group.

The blue-chip Dow Jones Industrial Average tumbled from rarefied highs nearing 30,000 earlier this month to around 25,000, its level near the start of President Trump's second year in office, while the S&P 500 and tech-heavy Nasdaq Composite plunged 11.5 percent and 10.5 percent, respectively.

Tesla, not on any of the three major indexes despite a market value of $123 billion, grappled with the worst week in its history, according to the Dow Jones group. The shares slid 26 percent to $667.99, paring gains that had cost short-sellers — traders betting the stock's value would decline — $1.13 billion in February alone, according to financial analytics firm S3 Partners.

Those who had already begun covering their positions — buying shares to replace the ones they had borrowed and sold under the expectation that a decline would enable them to replace the shares more cheaply and pocket the difference — suffered an additional injury: They could have lost less money had they waited.

The number of shorted Tesla shares decreased 32 percent over the past month, however, according to S3. 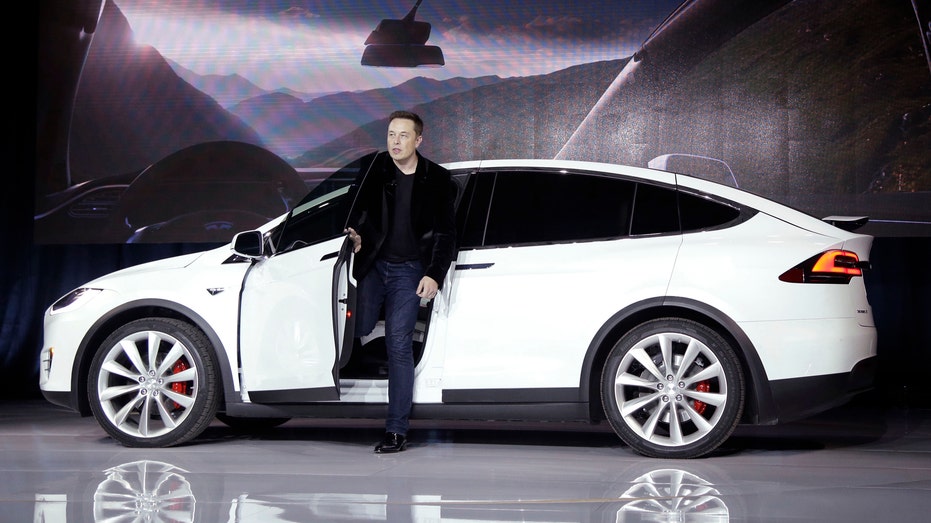 With Tesla's price topping $900 a share before the week of Feb. 24, "many short-sellers trimmed their exposure significantly and realized some of their losses as Tesla's price trajectory looked like it was going to blast through $1,000 a share," said Ihor Dusaniwsky, managing director of predictive analytics for S3.

The rise had been a boost for Musk, who repeatedly criticized short-sellers in recent years as the Palo Alto, California-based carmaker struggled to turn a profit consistently and step up production of its mass-market Model 3, designed to offer broader consumer appeal through a lower price point than previous vehicles.

TESLA SHORT-SELLERS MAULED BY $2.5B LOSS

While Tesla posted profits in both the third and fourth quarters of 2019, they weren't enough to overpower losses of $1.1 billion in the first half of the year. Still, the company pared its full-year loss to $862 million as Musk focused on stepping up production in China, with a so-called Gigafactory that expects to produce 500,000 cars a year.

Executives said in January that 2019 marked a turning point for the carmaker, with $1.1 billion of free cash flow and strong demand from new buyers, who generated nearly all new orders.

"It's hard to think of another company that has a more exciting product and technology road map," Musk told investors at the time, referencing the Tesla Semi, an all-electric battery-powered tractor-trailer rig; the Model Y midsize SUV and the Cybertruck. "So super fired up about where Tesla will be in the next 10 years. If you look back 10 years from today to 2010, we will produce approximately 1,000 times more cars in 2020 than we produced in 2010."

Latest Posts
MPTF Opens Its Social Media Platforms To Dialogue About Achieving Justice & Equality
House prices: The one surprising detail that could increase home value with £30k
Unemployment numbers, jobs news means we're looking at a restaurant recovery, America: Ex-McDonald's CEO
US job growth roared back in May: These industries saw the biggest gains
Plans to reopen shops in England ‘in chaos’ over social distancing rules
Recent Posts
This website uses cookies to improve your user experience and to provide you with advertisements that are relevant to your interests. By continuing to browse the site you are agreeing to our use of cookies.Ok