Robinhood CEO will have to explain how restricting trade will be prevented in the future: Rep. David Kustoff

The CEO is scheduled to appear before the House Financial Services Committee at noon ET on Thursday following an unexpected surge in trading volume of shares of GameStop, AMC Entertainment, Bed Bath & Beyond, BlackBerry and other securities in late January.

Retail investors, spurred by the online Reddit forum WallStreetBets, started piling into the securities during the week of Jan. 25, causing online brokerage platforms and apps like Robinhood and Interactive Brokers to limit trading on certain stocks, which prompted outrage among some investors who accused the platform of siding with hedge funds.

GAMESTOP HEARING: WHAT TO KNOW

"I look forward to addressing those issues today, but I want to be clear at the outset: any allegation that Robinhood acted to help hedge funds or other special interests to the detriment of our customers is absolutely false and market-distorting rhetoric," Tenev said in his written testimony.

He added that Robinhood's customers are the company's "top priority, particularly the millions of small investors who use our platform every day to invest for their future."

Robinhood is popular for its easy interface, designed to help new investors better their understanding of the stock market.

Tenev went on to explain the company's decision to limit trading on certain securities in his testimony, saying the move was necessary under clearinghouse deposit requirements that Robinhood pays to "support customer trading" on the platform.

"We have since taken steps to raise $3.4 billion in additional capital to allow our customers to resume normal trading across Robinhood's platform, including trading in the stocks we restricted on January 28," he wrote.

The Robinhood co-founder also called for industry changes to phase out two-day trading settlements under SEC Rule 15c6-1(a), "which prohibits broker-dealers from effecting the purchase or sale of a security later than the second business day after the execution of the trade," and "settle trades in real-time" instead.

"Doing so would greatly mitigate the risk that such processing poses," he said. "Indeed, [real-time] settlement would have allowed Robinhood Securities to better react to periods of increased volatility in the markets without restricting the purchasing of securities."

Sen. Elizabeth Warren, D-Mass., released a response from Robinhood, dated Feb. 12, after she requested more information in a letter on why it abruptly restricted trading last month in some of the most heavily shorted stocks jolting the retail and Reddit investor community.

"Robinhood's response to my letter reveals that the company did not have enough cash on hand to manage a surge in trading and buried important information about consumers' rights," Warren said in a statement. 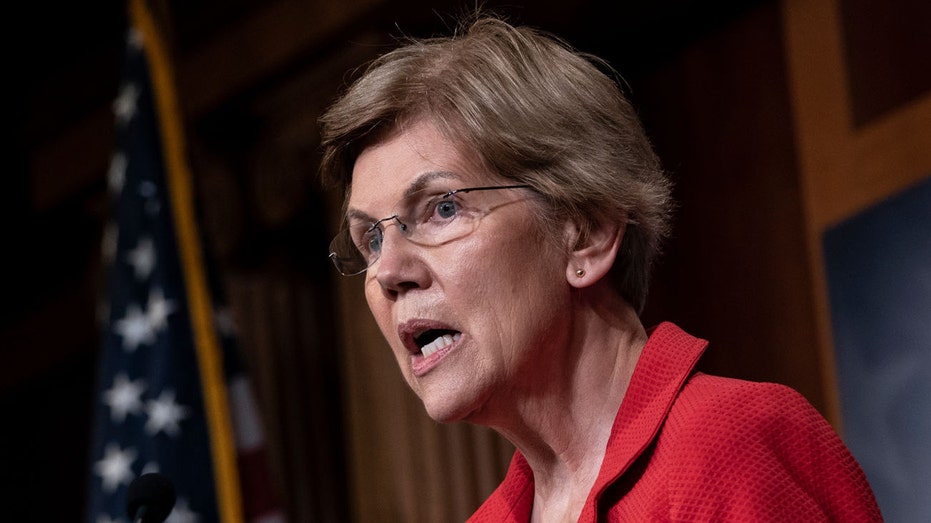 Sen. Elizabeth Warren (D-MA) speaks during a news conference concerning the extension of eviction protections in the next coronavirus bill, at the U.S. Capitol on July 22, 2020 in Washington, DC. (Photo by Drew Angerer/Getty Images)

"Robinhood promised to democratize trading, but hid information about its prerogative to change the rules by cutting off trades without notice — and about customers' inability to access the courts if they believe they've been cheated — behind dozens of pages of legalese," she said.

Specifically, Warren criticized the firm’s arbitration process, detailed in the fine print of its customer agreement.

While the firm noted its agreement is "consistent with [Financial Industry Regulatory Authority] regulations," it did signal it was open to a change. Robinhood "is open to reviewing its use of arbitration and will continue to be guided by what is in its customers’ best interests with respect to resolving customer complaints" the letter stated.

Robinhood is facing legal action from customers stemming from the decision which prevented customers from accessing their accounts.