I’ve just returned from a six-week trip to Athens where the winter weather was breathtaking, the nightlife exhilarating … and the indoor smoking ban resented and outmanoeuvred.

Nowhere was this more evident than among the hundreds of restaurants where it wasn’t patrons who were seen navigating the restrictions but waitstaff.

It was not unusual to see them standing out the front of their establishment chain-smoking during their break in full view of diners. 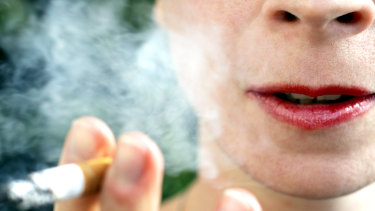 The smell can be worse than sight when it comes to smoking restaurant workers. Credit:Tamara Voninski

Even when done discreetly, often out the back near the storage room, they’d be stumbled upon by customers making their way to the bathroom.

Of course this behaviour isn’t unique to Greece. There’d be restaurant workers sneaking off for smokos in pretty much every country.

So what are the consequences, if any, when diners observe the handlers of their food handling ciggies?

Surely there would be consequences. To catch a glimpse of employees from a hygiene-sensitive work environment performing an act that involves the spreading of contaminants from their mouth to their fingers and from their fingers to the food they’re serving, well, it’s not a good look.

At worst, it’s a recipe for customer attrition, invasive food safety inspections and undesired media attention. Just one of those, if bad enough, could lead to business closure in what is a fragile industry.

A fresh study, published in the Journal of Foodservice Business Research, has sought to further explore the consequences. The research team, led by Assistant Professor Stephanie Bae, polled nearly 500 people who’d been to a restaurant in the preceding four weeks.

They were asked a series of questions about their experience and what their reaction would have been had they witnessed the service personnel smoking. 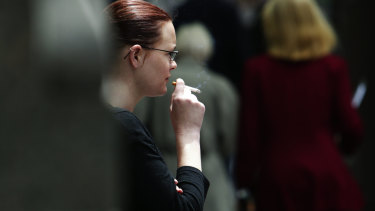 There’d be restaurant workers sneaking off for smokos in pretty much every country.Credit:Fairfax

But here’s what’s most fascinating. In the scenarios where the diners had not seen the waitstaff smoking at all but had simply smelt the odour of the cigarettes as they were being served, each of those consequences worsened. They worsened "significantly".

Smelling the evidence was evidently more off-putting than observing it.

The scholars believe that relationship is explained by the primary olfactory cortex – the part of the brain that regulates smell.

It lets you know you’ve smelt something even before you know what you’ve smelt. Its location, adjacent to the part of the brain responsible for emotions, triggers an immediate emotional reaction to a scent or, in this case, an odour.

None of the other senses pass through this section of the brain, hence why smell is scientifically proven as having a stronger impact on our feelings and memory, certainly much more than our sight.

Stemming from these findings are several scholarly recommendations such as a need for "owners and managers to pay attention to their employees' behaviours, especially smoking".

Bosses also have an obligation to dedicate a space where staff can smoke with no chance they’ll be seen by clientele and they should be taught about the lingering effects of their habits and how easily these can be detected by customers. Food safety authorities, too, ought to be stricter with regulations.

There is, however, one suggestion (which actually resembles more of a demand) with which I profoundly disagree: "It is imperative for owners and management to implement policies prohibiting servers from smoking during their shifts."

I mean, come on. Aren’t they penalised enough just by being addicted to the damn things?

Market’s Summer Fate May Hinge on What Congress Does Next