New York (CNN Business)It’s no longer all about the Benjamins. Or the Jacksons, Lincolns and Washingtons, for that matter.

The pandemic has accelerated the demise of cash because of infection concerns — and that’s great news for Square as well as Venmo owner PayPal.
Their stocks are surging this year as people shun physical bills and coins, shop online and send payments digitally in an increasingly contactless world. The use of paper currencies was already in decline before the coronavirus outbreak, according to research from the Federal Reserve Bank of San Francisco.

PayPal (PYPL) shares have surged 65% while Square (SQ) has more than doubled so far in 2020. Both stocks are at all-time highs. And given the favorable trends, it’s likely that each stock could continue to thrive. 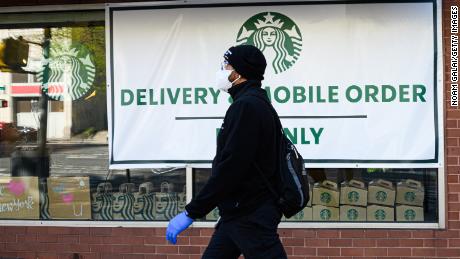 Analysts are particularly bullish on Square and its popular Cash App.

Square and PayPal are modern day banks for younger users

Other analysts agree that Square — thanks largely to its Cash App — is becoming the modern day version of a local community bank branch for millennials and Gen Z.
“Customers are clearly flocking to Square’s neobanking services,” said Rosenblatt Securities analyst Kenneth Hill in a report last week.
Hill upgraded his rating on the company to a “buy,” adding that “as Square develops, rolls out and monetizes a slew of services across the payments and financials ecosystems, it will lay the groundwork to make the company a need-to-own name for years to come.”
PayPal is benefiting from some of the same trends.
“Even as the broad Covid-19 lockdown measures are slowly eased around the world, demand for PayPal’s services remains at the elevated levels observed in April,” MoffettNathanson analyst Lisa Ellis wrote after her meeting with PayPal CEO Dan Schulman last month.
Ellis said that Schulman noted there is “absolute certainty” that PayPal will add at least 15 million new active users in the second quarter. 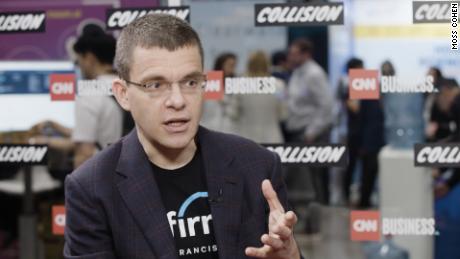 PayPal is also looking to expand its offerings to become even more of a one-stop shop for the financial needs of younger consumers. In addition to Venmo, the company recently bought shopping discounts and rewards site Honey.
There has also been speculation that PayPal and Venmo could soon offer the ability to buy and sell bitcoin through the two platforms.
PayPal has not made any formal announcement about that just yet. Such a move would make sense given how successful bitcoin trading has been for Square.
Its Cash App revenue from bitcoin has nearly quintupled from a year ago, to $306.1 million, Square said when it reported its first quarter results in May. Bitcoin transaction sales accounted for nearly a quarter of the company’s total quarterly revenue.

With that type of growth, it seems only natural that PayPal would want a piece of the crypto pie.
“After Square’s large success with bitcoin trading…it was inevitable companies such as Venmo and PayPal [would] follow suit,” said Guy Hirsch, US managing director for brokearge firm eToro, in a report last month. “These large fintech payment firms see an opportunity for significant growth in the cryptomarket.”
Source: Read Full Article

From Houston to New York, America’s Muni Finances Are in Tatters

Powell’s ‘Whatever It Takes’ Moment Is Here, But Will It Work?

Latest Posts
The 5 Exchanges That Defined the Most Disgraceful Debate in Presidential History
What Did Trump Mean When He Told Proud Boys to 'Stand Down and Stand By'?
CLSA Exodus Deepens as Beijing Tightens Grip and Clamps Down on Pay
Stock futures are flat amid positive virus treatment data, debate looms
The Wisconsin Supreme Court is debating whether to remove 130,000 voters from the rolls
Recent Posts
This website uses cookies to improve your user experience and to provide you with advertisements that are relevant to your interests. By continuing to browse the site you are agreeing to our use of cookies.Ok