The head of the corporate watchdog says his job is to protect consumers and not be a “crypto cheerleader” as he warns against investing in what he describes as highly volatile, inherently risky assets such as bitcoin.

A day after the federal government announced it would increase its regulatory focus on cryptocurrencies, Australian Securities and Investments Commission chair Joseph Longo said one of the regulator’s key priorities was to warn consumers about the risks involved with the crypto investment space. 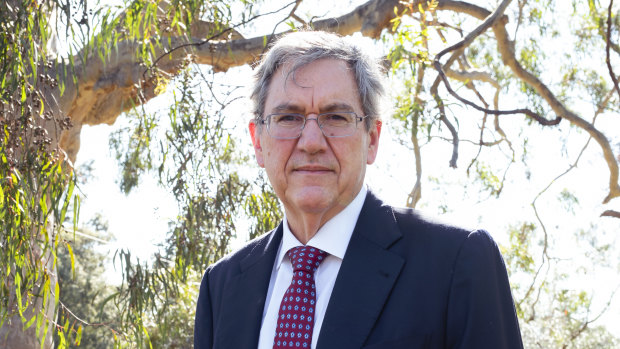 “My job is to be frank with the Australian people,” he said. Cryptocurrency investment “is a highly risky and highly volatile activity and you should be really careful before you do it”, he told a Committee for Economic Development of Australia lunch in Melbourne on Tuesday. “Regulation is coming, and that will help.”

“It’s not my job to be a crypto cheerleader; my job is to protect consumers and administer the law,” Longo said. He noted there were lawful and beneficial uses of blockchain technology, but those should not be confused with bitcoin and other cryptocurrency investments.

ASIC research found that 44 per cent of investors they surveyed held cryptocurrencies. A quarter of participants said crypto was their only investment.

Longo said crypto had been a “financial innovation full of promise, celebrity status and volatility” which had skyrocketed in popularity with younger people due to promises of high returns and slick advertising. In recent months, he said, the value of crypto assets had dropped by about $US2 trillion ($2.9 trillion).

“I think crypto has captured the imagination, particularly for the younger generation who see crypto in almost ideological terms as a method of investing that’s away from authority and government control, and they see that as an attraction.”

On Monday, the federal government announced Australia would become the first country to chart the number, type and underlying code of available cryptocurrencies. It will “token map” the Australian crypto asset sector as a first step towards fresh regulation in the area, which the tax office estimates more than one million people have “interacted” with since 2018.

The industry has been calling on the government to introduce legislation to reduce the risk for investors and turn crypto into an established, safer asset class. The former Liberal government developed draft reforms last year which regulators and Treasury are assessing and implementing.

Longo said it would be very hard to regulate cryptocurrency due to its complexity.

“I think we are a long way from having global consensus on what to do about crypto,” he said.

“We will have to design a framework that suits us, that works within our existing legal and regulatory arrangements.”

Longo’s comments came as ASIC outlined its priorities for the medium term. These include work around cryptocurrency, cracking down on scams, and grappling with issues around greenwashing and sustainable finance.

Longo said while ASIC aimed to disrupt scammers’ operations, it “feels like a game of cat and mouse to pursue scammers and try to get ahead of the increasingly sophisticated techniques they use”.

“They’ll always be with us. We’re always going to have fraud in our society, and awful people doing terrible things. What’s changed, I think, is what we call digitally enabled fraud,” he said.

“The technology has turbocharged this activity and it’s crossed borders now.”

There was no one solution, he said.

“It’s like a form of pollution. There’s no easy answer to it.”

Rupee advances 10 paise to 73.77 against U.S. dollar in early trade