New York (CNN Business)Few investments have increased in value during this challenging year on Wall Street. But one asset that is in green in 2022 is literally green: the US dollar.

The greenback has soared this year thanks to the Federal Reserve jacking up interest rates to fight inflation and hopes that the US economy will prove to be more resilient than others around the world despite fears of recession.
The US Dollar Index, which tracks the dollar versus the British pound, euro, Swiss franc, Japanese yen, Canadian dollar and Swedish krona, has soared nearly 13% this year and is trading near its highest level since May of 2002.

With the dollar at a 20-year high, that will likely hurt earnings for US multinational giants. That’s because the strong dollar reduces the value of sales and earnings from their overseas operations. 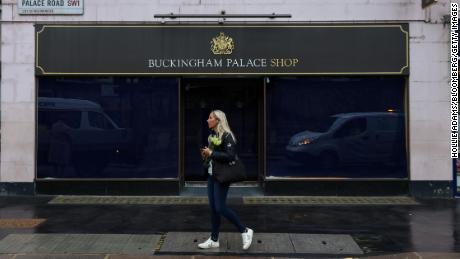 Dow components Microsoft (MSFT) and Nike (NKE) have noted dollar strength as a problem in earnings calls during the past few months, for example.

“Currency volatility has accelerated and absolute valuations are at multidecade extremes. History is not kind to such a backdrop,” said Lisa Shalett, chief investment officer and head of the global investment office of Morgan Stanley Wealth Management, in a report Monday.
“While the dollar helps the Fed fight inflation, it also threatens US corporate earnings through foreign profit translation and a deterioration in competitiveness,” she added.

The strong dollar could lead to a further pullback in oil prices, since crude (like other commodities) trades in dollars. Lower energy costs would obviously be welcome news to consumers around the globe who are struggling to pay bills because of inflation.

Stronger dollar has some benefits to go along with major drawbacks

But oil stocks are, by far, the best-performing sector this year. So if energy prices continue to slide (crude prices are down nearly 5% in the past month) then that could be bad news for the broader market.
“We want to believe that the [dollar] rally cannot continue forever, because a dollar this strong is also a growing headache for the US itself,” said Ipek Ozkardeskaya, senior analyst with Swissquote Bank, in a report last week.
“The stronger dollar should have a negative impact on US exports, making US goods less affordable for the others, especially given that the world is struggling with a sharp decline in purchasing power,” she added. “If the dollar continues rising at this speed…the US economy will also hit a wall.” 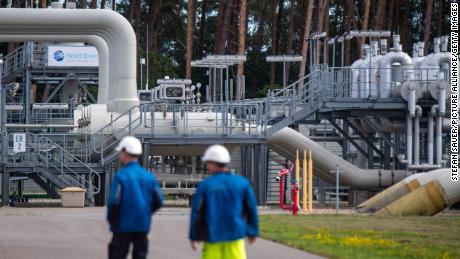 The surging dollar has also hurt gold, which is down about 6% this year, as well as bitcoin and other cryptos. Despite a recent rebound in bitcoin to about $22,000, bitcoin prices have been cut by more than half this year. Simply put, investors don’t need precious metals or crypto as a hedge to the dollar at a time when the dollar is king.
There is one positive from the strong dollar though. A healthy greenback provides more bang for American shoppers’ proverbial buck, if they are looking to buy imported goods or travel overseas.

“The benefits of a stronger dollar include a moderating influence on inflation here at home…and greater purchasing power for U.S. companies and consumers abroad,” said Tim Holland, chief investment officer at Orion Advisor Solutions, in a recent report.
Holland noted that a dollar and a euro are roughly at parity now. Back in 2008, just before the Great Recession and Global Financial Crisis, the euro peaked at a record level of above $1.60, a move that helped contribute to oil prices soaring to nearly $150 a barrel.
Source: Read Full Article