Running a zoo is not something that can be done remotely.

So when COVID-19 hit, the staff at Moonlit Sanctuary on Victoria’s Mornington Peninsula continued to care for the 400-odd animals, including endangered native species like the orange bellied parrot and koalas. 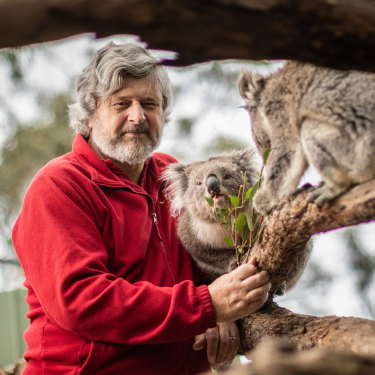 Michael Johnson is one of thousands of Australian small business owners awaiting the outcome of a drawn out insurance battle.Credit:Scott McNaughton

JobKeeper and zoo-specific government payments helped, but Johnson says he was forced to run down savings to keep the place afloat.

Johnson is now one of thousands of small business owners awaiting the outcome of long-running legal process to determine whether insurers are liable to pay business interruption claims to cover COVID-19 losses.

The insurance industry launched a test case in 2020 to seek clarity over whether insurers were on the hook for potentially billions of dollars in claims after confusion over whether policy clauses that sought to exclude pandemics were valid.

The initial judgment sided with policyholders, after the court found these exclusions were invalid because they referenced outdated federal legislation.

The country’s largest insurers, through industry body Insurance Council of Australia (ICA), have since launched a series of appeals and new test cases to seek clarity on the extent of the liability.

The ongoing lawsuit has widely been considered a victory for insurers, as the number of those eligible for payment has become smaller and smaller.

However, insurance advocate Daniel Cohen says there remain thousands of business owners with particular policies that still have valid claims and blames the insurers for dragging out the case.

“Delay, deny, defend – it’s the insurance companies’ playbook,” Cohen says. “My goal is to see this through to the end.”

Cohen is now assisting policyholders around the country lodge claims on a no-win-no-fee basis, after witnessing insurers and brokers deny claims on what he says are false pretences.

Which policyholders can still make a claim?