Hong Kong (CNN Business)HSBC has long prided itself on being the bank that connects East and West. Now it’s under pressure to rethink that model after a challenge from its top shareholder, one of the most powerful finance companies in China.

Ping An (PNGAY), China’s largest insurer, is pushing for HSBC to overhaul its structure, which could mean ultimately decoupling the bank’s hugely profitable Asian business from its Western activities, according to a person familiar with the matter.
The Chinese insurer has been calling for HSBC (HSBC) to explore a reorganization, with an eye on boosting its valuation, as well as simplifying its regulatory requirements around the globe, the person told CNN Business.

Ping An spoke with HSBC privately, ahead of the bank’s earnings and annual shareholder meeting last week, though it did not recommend a specific path forward, according to the person. But options would include spinning off the lender’s Asian business or creating a separate entity in Hong Kong, the bank’s biggest market.

HSBC shares jumped 2.6% in Hong Kong and were trading about 0.6% up in London on Tuesday. Ping An’s intervention was first reported over the weekend by the Financial Times and Bloomberg.

Ping An has an 8% stake in HSBC, according to the bank’s latest annual report.
The Chinese giant has been paying closer attention to the London-based lender’s structure since it was forced by British regulators to halt dividend payments in 2020. 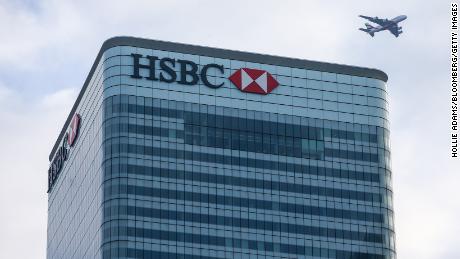 That led to an outcry among retail investors in Hong Kong, where HSBC is a mainstay of many portfolios, and prompted calls for the bank to justify its global structure and improve shareholder value.
HSBC brought back its dividend last year. In a statement Tuesday, a bank spokesperson stressed that it was “committed to maximizing value for all our shareholders,” without mentioning Ping An specifically.
“We believe we’ve got the right strategy and are focused on executing it,” the spokesperson said. “Delivering on this strategy is the fastest way to generate higher returns and maximize shareholder value.”
HSBC has doubled down on its global position lately, despite investor scrutiny and geopolitical tension.
At an earnings presentation in February, CEO Noel Quinn said that 77% of its wholesale banking revenue had “some form of cross-border connectivity,” and half of revenue in its global banking and markets division “in the East” came from Western clients. 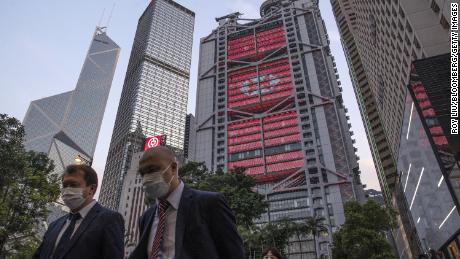 But the bank has long faced questions about how it should be organized and even where it should be based, because Asia is central to its business.
HSBC was founded in Hong Kong more than 155 years ago, but it has been based in the United Kingdom since 1992, after acquiring Midland Bank, a large British retail bank.
Asia delivered 65% of HSBC’s profits last year, and the bank has been shifting more resources to the region and moving several of its most senior executives to Hong Kong.

In a statement Tuesday, Ping An said that it would “support any suggestions to improve the value of HSBC and improve its business management.”
“We want a debate about the future of the bank. We want shareholders to participate in the debate and to propose solutions for HSBC,” the firm said. “Ping An supports all reforms and proposals from investors that can help HSBC’s operations and long-term growth.”
Source: Read Full Article