A room filled with 700 of the country’s financial luminaries and billionaires is a difficult place to pitch an investment idea but it’s a great place to raise money for charity.

In the space of three minutes, 10 high-profile investors threw more than $2 million into the hat on Friday at the annual Sohn Hearts & Minds conference in Hobart, Tasmania.

Competing is second nature for these people – even when it comes to giving.

With a half-million-dollar pledge, billionaire rag-trader Solly Lew moved to one-up his sometime sparring partner, asset manager/crusader Geoff Wilson, who kicked off the process by asking the crowd to put their hands on their hearts and let them slip to their wallets. 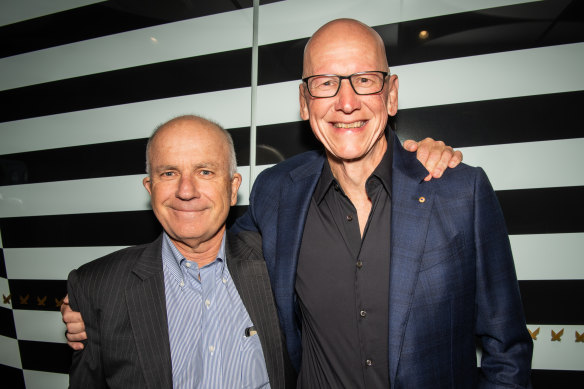 The honours for generosity went to Brendon O’Connor whose Regal Funds Management is the company engaged in a $1.9 billion attempt to take over Perpetual Investments. He put his hand up for $1 million.

Each stock picker got eight minutes to make their pitch and explain how they have found some investment gem that the market has overlooked.

This is no ordinary investment conference, it’s a go-to event famous for lining up top investment experts to put their reputations on the line by picking a favourite stock to buy.

But there is no shortage of risk for the money managers getting on stage – any bad stock call is easily measured and very public.

And it comes with plenty of theatre. Speakers were ushered in with rock ’n’ roll music and props, and waltzed around the stage. 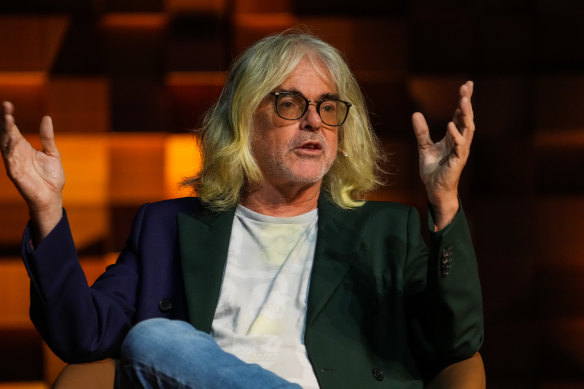 Sometimes the picks were a bit contrarian, sometimes obscure, and this year almost all were offshore stocks. Professional gambler and owner of MONA David Walsh predicted bitcoin could fall to zero and cautioned against forecasting that market.

Each stock picker got eight minutes to make their pitch and explain how they have found some investment gem that the market has overlooked. It feels like the speed dating version of stock picking.

If that wasn’t enough pressure, these investment picks become part of an investment portfolio which supports medical research.

Making a case this year was made additionally difficult thanks to the huge volatility in world equity markets – most had to justify why the price of the stocks they had picked had declined this year. 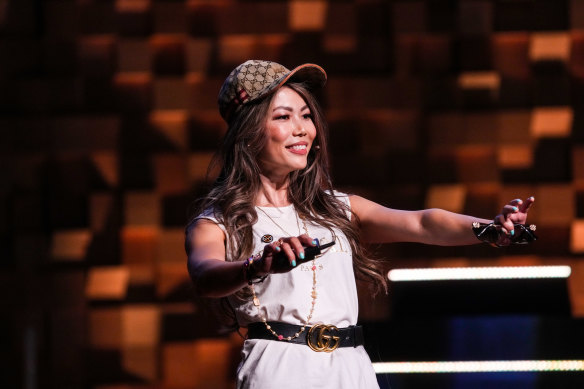 The stocks needed to be able to navigate one of the toughest environments in decades – mega-high inflation, soaring interest rates and the threat of a world recession. They also needed to have good environmental credentials, the prospects for growth, proven management and a good lashing of innovation.

Peter Cooper of Cooper Investors highlighted at the start of his pitch the increasing need for companies to be socially responsible, noting that there were three kinds of companies: those that do harm, those that virtue signal, and those that will be on the right side of history.

His pick is the Luxembourg-based testing company Eurofins. Its share price was down 40 per cent because its earnings have normalised since the elevated level it experienced during COVID. Cooper is looking at the longer term trend towards increased government regulation of all kinds of testing from food to pharmaceuticals. 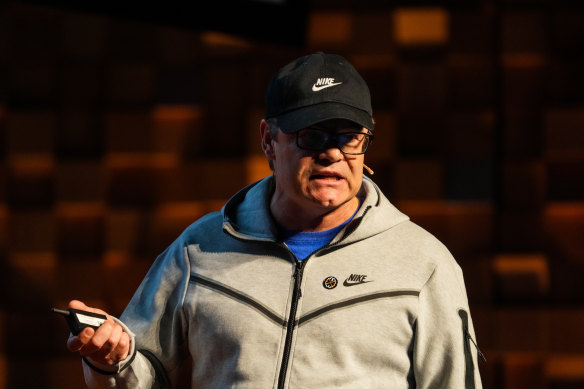 Claremont Capital’s Bob Desmond from brought a sporty look to the stage to talk Adidas.Credit:Alastair Bett

Nick Griffin from Munro Partners delivered a compelling analysis of the growth prospects of Dutch company ASML, which makes the tools used by semiconductor companies.

Arguably Tribeca’s dynamic fund manager Jun Bei Liu (dressed in a brand combo) stole the show prosecuting her investment case for buying Chinese retailer China Duty Free Group – even in the face of the country remaining mostly in lockdown. It has all but cornered the market on duty-free and is looking to expand by taking the business into other international jurisdictions and potentially acquire luxury brands to sell exclusively in their outlets.

Bob Desmond from Claremont Capital didn’t quite carry off his Adidas catwalk appearance but neatly argued that the sporting company was increasingly moving towards a direct distribution model and getting more valuable data in the process.