New York (CNN Business)The CEO of one of America’s largest banks is worried inflation will remain problematic for a while longer — and he thinks there’s a growing chance of a recession.

Goldman Sachs CEO David Solomon said in an interview with CNN’s Poppy Harlow Wednesday that people need to “prepare for an environment … of higher inflation,” adding that “there’s a good chance that we haven’t quite reached the peak yet.”
What’s more, he said, he believes inflation is “definitely not transitory.”

With that in mind, Solomon said the odds of a recession are greater than normal — especially since the Federal Reserve has already raised interest rates three times this year and is expected to do so again following next Wednesday’s meeting.

“Anytime you have high inflation and go through an economic tightening, you wind up having some sort of an economic slowdown,” Solomon said before a Goldman Sachs event for small businesses in Washington, DC. “So I think the chances that we have a recession are high.”

Concerns about an economic slowdown are clearly on the minds of small business owners around the country.
“We’re the backbone of the economy. It all starts with small business,” Jill Bommarito, owner of Ethel’s Baking Company, told Harlow before the Goldman Sachs event at Nationals Park, home of Washington’s baseball team.

Bommarito said her company and other small businesses are all grappling with “inflation pressures, workforce pressures [and] a possible recession.”
“We’re all managing risk every day. It’s definitely a possibility. We feel that,” Bommarito said when asked specifically about whether her company, which is based in Shelby Township, Michigan — a suburb of Detroit — is preparing for a recession.

Goldman Sachs has concerns about energy independence and immigration policy

Recession worries are a major concern for investors, small businesses and Corporate America’s giants. Still, Goldman Sachs (GS) reported better than expected earnings earlier this week, despite a slowdown in deal making and a brutal first half of the year for the stock market.
But Goldman Sachs chief financial officer Denis Coleman had warned during a conference call with analysts that the bank is likely to slow the pace of hiring due to macro concerns.
Solomon reiterated to Harlow Wednesday that Goldman Sachs won’t be adding jobs as aggressively in the second half of this year but he noted that hiring is “not going to zero.” Still, Solomon remained cautious: “I can’t tell you what the world’s going to look like in six months. If the world looks more difficult, we’ll adjust accordingly. We always try to be extremely nimble in how we think about these things.” 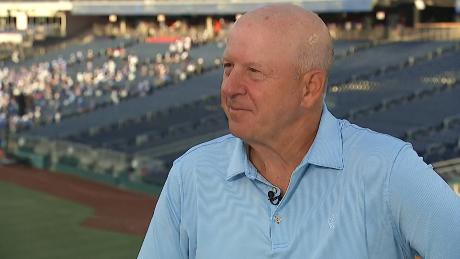 Solomon also shared advice for the Biden administration about how the federal government can help address some of the nation’s more pressing economic problems, saying politicians need to “think about long-term policy that supports investment,” particularly in the energy industry and other commodities sectors.
“I think we need energy policy that encourages more energy security here and investment in our energy resources,” Solomon said, adding that the US needs to be energy independent and create incentives so that the country can become “more green” over the long-term.
“One of the things that’s coming out of the war in Ukraine is people are going to think differently about energy, about food, about minerals, about certain healthcare resources. From a supply perspective, we have to be secure in some of these things,” Solomon told Harlow. “That doesn’t mean everything’s got to be made onshore. We still operate in a global economy, but there are things where we’ve got to make sure we’ve got the right access and the right security. And we don’t have to rely necessarily on others.”
Solomon also said that the Biden administration should get rid of more — but not necessarily all — of the Trump-era tariffs on China. And he said he supports changes to immigration policy to help boost economic growth.
“One of the things I think that would be terrific is temporary work visas. We need more labor in the United States. We have huge job openings,” he said, noting that this would be particularly beneficial for small businesses. Still, he added that “none of that can happen until we secure the border and there’s a clear border policy.” 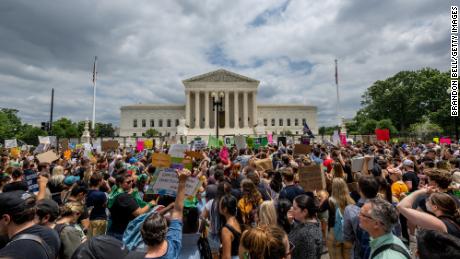 But Solomon did not seem to think that the Supreme Court’s recent decision to overturn Roe v. Wade, the landmark case that legalized abortion nationwide, will impact Goldman Sachs’ chances of recruiting new workers in states such as Texas where abortions may soon be banned.
“Our footprint is all across the United States,” Solomon told Harlow, adding that “many, many people” have applied for Goldman Sachs jobs in Texas.
That said, Goldman Sachs — like many other large US companies — has stressed to current employees that the company will do what it can to support existing workers seeking an abortion who now live in a state where it is or could soon be illegal.

“My first priority after the Supreme Court decision is always just thinking about our employees, their safety, their wellness,” he said.
“So we did think about our medical support for our employees and we did make changes,” Solomon said, adding that Goldman Sachs will help “anyone that needs any medical service of any kind, anywhere in the country” if they are unable to get it in their home state.
Source: Read Full Article

Stew Leonard's CEO: We have plenty of food