Former NASA astronaut Clayton Anderson weighs in on space tourism and billionaires heading to the stars.

Virgin Galactic's SpaceShipTwo may not fly again until it has government approval, the Federal Aviation Administration said.

The FAA made the announcement Thursday, a day after reports emerged that the agency was investigating Virgin Galactic’s high-profile July 11 test flight that had billionaire company founder Richard Branson as one of its passengers, and the same day the company said it was planning another crewed test flight.

A spokesperson for the agency explained that Virgin Galactic is actually conducting the investigation, but under FAA oversight. In the meantime, the company is not allowed to fly the vehicle pending a final report confirming that "the issues related to the mishap do not affect public safety."

"The FAA is responsible for protecting the public during commercial space transportation launch and reentry operations," they told FOX Business. "The FAA is overseeing the Virgin Galactic investigation of its July 11 SpaceShipTwo mishap that occurred over Spaceport America, New Mexico. SpaceShipTwo deviated from its Air Traffic Control clearance as it returned to Spaceport America."

The SpaceShipTwo Unity carried Branson and three Virgin Galactic employees more than 53 miles above the Earth to the edge of space before landing at the company’s Spaceport America in New Mexico during the July 11 flight.

A Virgin Galactic spokesperson told FOX Business on Wednesday that the vehicle encountered high altitude winds that changed its trajectory. However, they said pilots and vehicle systems ensured the trajectory stayed within "mission parameters" and added that no one was ever in any danger. 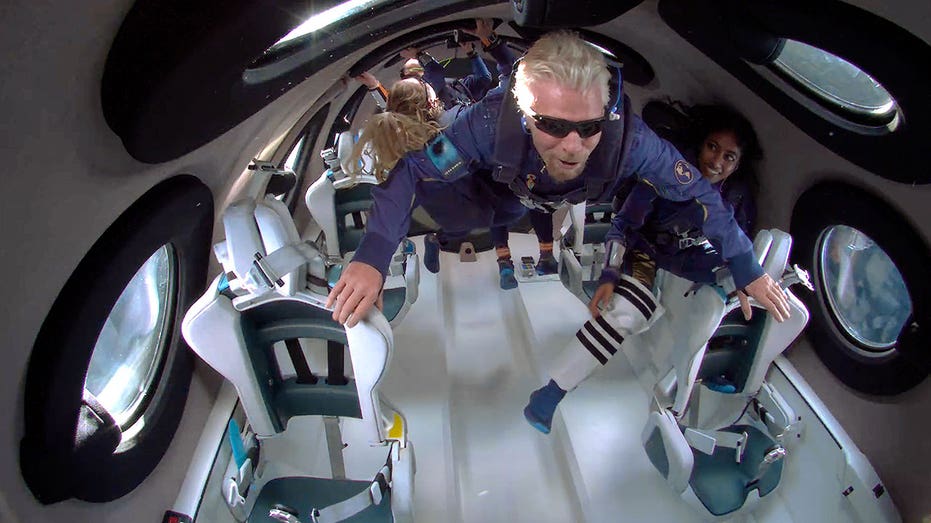 The SpaceShipTwo Unity carried Richard Branson and three Virgin Galactic employees more than 53 miles above the Earth to the edge of space before landing at the company’s Spaceport America in New Mexico during the July 11 flight. (Virgin Galactic)

"Our pilots responded appropriately to these changing flight conditions exactly as they have been trained and in strict accordance with our established procedures," they said. "Although the flight’s ultimate trajectory deviated from our initial plan, it was a controlled and intentional flight path that allowed Unity 22 to successfully reach space and land safely at our Spaceport in New Mexico."

While the vehicle did drop in altitude below the airspace allowed for its missions for 1 minute and 41 seconds, the company said the SpaceShipTwo never traveled over any population centers and never caused any hazard to the public.

It wasn't immediately clear whether the investigation would interfere with Virgin Galactic's next flight, tentatively scheduled for late September or early October. The company is planning to carry three paying crew members from the Italian Air Force and the National Research Council for a mission looking at the effects that transitioning from gravity to microgravity has on the human body, among other issues.

The billionaire space race involving Branson and rivals like Jeff Bezos and Elon Musk has drawn more oversight from the FAA. Just over a week after Branson’s trip to space, the agency announced it had opened a new space safety office in Houston to keep an eye on companies including Virgin Galactic, Blue Origin and SpaceX.

Wirecard says missing $2.1B likely did not exist; withdraws forecasts