How will coronavirus impact retail?

Retail analyst Erin Sykes and CFRA chief investment strategist Sam Stovall discuss the impact coronavirus is having on retail and whether there is reason to be distrustful of the Chinese government’s reports on the outbreak.

Airlines and casinos aren't the only businesses suffering from the coronavirus health emergency.

Sales of Cartier jewelry and La Mer moisturizer that goes for $2,400 a jar are threatened, too, as their owners temporarily lose access to some of their biggest-spending customers.

The coronavirus, which originated in Wuhan, China, and has sickened more than 49,000 people while killing at least 1,383, has forced the lockdown of more than 60 million people to limit infection. The outbreak has also led to the temporary closing of some stores in mainland China and the grounding of U.S. flights into and out of the country through late April.

The restrictions have sidelined consumers who accounted for 33 percent of spending in the global luxury market in 2018, according to the management consultancy Bain & Co. By comparison, the U.S. consumer accounted for just 22 percent.

Hit the hardest are the "luxury stores who are gonna lose that Chinese consumer, that Chinese tourist who has been driving sales on 5th Avenue,” Storch Advisors CEO Gerald Storch told FOX Business’ Stuart Varney on Friday.

Investors have already responded to the risk: Affected companies' share prices have tumbled since Jan. 20, the day the coronavirus was first reported to have spread outside of China.

Bernard Arnault, chairman and CEO Paris-based LVMH Group, which produces Louis Vuitton and Moet Hennessey wines, said on his company's full-year earnings call Jan. 28 that it was difficult to predict what the impact would be.

"If it lasts a couple of months or if it's resolved over the next 2, 2.5 months, then it won't be all that bad," Arnault said. "If it were to last two years, it would be a totally different matter."

LVMH, which said it remained "cautiously confident for 2020," agreed Nov. 25 to buy high-end jewelry retailer Tiffany & Co. for $16.2 billion. Tiffany reported double-digit sales growth in China late last year and has repeatedly stressed the importance of the country to its bottom line.

The jeweler, which disclosed plans last August for three flagship stores in China, said it has "temporarily closed several store locations in the affected areas" and plans to provide an update on the potential impact when it reports fourth-quarter results on March 20. 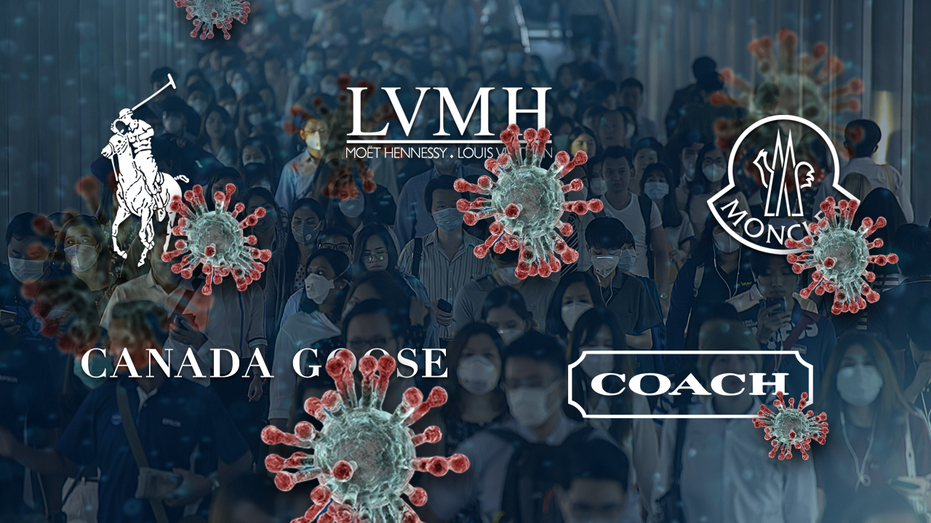 Estee Lauder, the cosmetics giant whose products include tony skincare brand La Mer,  warned the “localities most favored by the virus outbreak and destination markets favored by tourists" are likely to be hit hardest over the coming months.  The company, which reported 28.5 percent of its second-quarter sales came from the Asia-Pacific region, lowered its adjusted earnings outlook for the second half of fiscal 2020 as much as 7 percent.

Ralph Lauren, Coach-owner Tapestry and Canada Goose are among the other retailers catering to the well-heeled who have warned investors about temporarily weaker performance.

Ralph Lauren said its fourth-quarter sales would slide as much as $70 million, with operating income in Asia taking a potential $45 million hit. Coach-owner Tapestry said its second-half sales could be dented by as much as $250 million. Canada Goose forecast its full-year profit could fall 2.2 percent after forecasting 25 percent growth before the outbreak.

Milan-based luxury coat maker Moncler didn't say what impact the coronavirus would have on sales, but warned that business in China, the top-performing country in its Asia-Pacific region which accounted for 43.9 percent of total revenue, is slowing sharply.

"In China, we are still now — we have 1/3 of our network, so 14 stores that are closed,"  Moncler chief marketing and operating officer Roberto Eggs said on the company's full-year 2019 earnings call on Feb. 10. "And the ones that are open, we have seen a decrease that is around 80 percent of the traffic in the store, with a similar decrease in turnover for the Chinese market."

Housing Boom in U.S. Threatened by Shortage of Available Homes

Ray Dalio Calls Bitcoin ‘One Hell of an Invention,’ Considers It for New Funds