The 5 per cent jump in Commonwealth Bank shares is a textbook example of how beating the market’s expectations trumps the quality of a result.

When earnings come in 10 per cent better than consensus it’s a recipe for the share price to pop.

It wasn’t so much that CBA produced a poor result, but one that delivered both sour and sweet treats for investors – a real mixed bag. 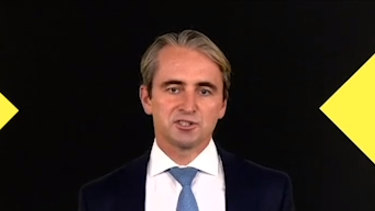 But analysts and big investors had been bracing themselves for worse and the weakness CBA showed in the first quarter to continue or be magnified in the second quarter. On that score there was a collective sigh of relief.

If investors take a longer term view (and many don’t) one can’t help but be impressed by the Commonwealth Bank’s leading franchise.

For several reporting periods now it has grown its market share in both home loan mortgages and business lending. Its product innovation, technology and execution has, for the most part, left its large competitors eating its dust.

And in the six months to December 2021, CBA’s Matt Comyn did it again demonstrating that even in this difficult banking environment where margins are historically razor thin he was not prepared to take his foot off the market share growth accelerator.

The mortgage book grew at 1.2 times system growth (growing at 1 would amount to maintaining market share), while its business banking division notched up growth of 1.7 times system.

And this fed into stronger revenue than the market had been anticipating.

In terms of CBA’s additional investor sugar hits – ramping its share buyback program was greeted positively as was the hint of further capital management down the track while a 25 cent increase in dividend was the cherry on top.

In terms of the business performance, Comyn’s surgical control of costs (ably assisted by a reduction in remediation expenses) was another element that fed positively into increasing the cash profit while the lower bad debt charge also made a solid contribution to rescuing CBA’s earnings performance.

That’s about it for CBA’s tailwinds.

Now for the headwinds. CBA has felt the same chilly wind that has hit all the banks – the squeeze in interest rate margins.

And for that the banks can blame their rush to offer customers once in a lifetime ultra low fixed loans last year. Soon after, the banks started cutting the price of variable loans which further eroded margins.

It certainly spurred demand and loan volumes have been particularly strong. The trouble is it coincided with an increase in the banks’ borrowing costs and fed into CBA’s margin falling 17 basis points to 1.92.

Its product innovation, technology and execution has, for the most part, left its large competitors eating its dust.

But the pressure on interest rates margins isn’t going away in the short term.

Whether CBA’s margins had bottomed or whether they could fall even further in the current six months dominated the questions from analysts during the session with the bank on Wednesday.

Indeed Comyn was clear that the headwind squall won’t abate until the Reserve Bank of Australia raises the cash rate.

Predictions on when this will happen vary greatly from economist to economist. At team CBA they are penciling in August. How quickly the RBA moves will depend on a move on inflation, so the banks will be watching this closely in anticipation.

For the banks, a rate rise can’t come fast enough – they are jonesing for the moment when the margin noose is loosened.

CBA’s sensitivity analysis showed that each 0.25 per cent increase in the cash rate would lift the net interest margin by 4 basis points over the medium term.

After Wednesday’s result is fully digested the big question for investors is whether this earnings performance was good enough to justify the big share price premium that CBA commands over its three major competitors.

CBA can’t afford to skip a beat in any reporting period. Wednesday’s share price performance was a good sign. That said, the commentary from analysts was a little more subdued with some questioning the quality of the result.

$50 Trillion in Question as U.S. Treasury Liquidity Dries Up