Financial consultant Lonsec is working on a product that rates companies from one to 10 on environmental and social sustainability, as financial advisors are increasingly being asked for ethical portfolio options from investors.

The new product takes data from companies and financial reports to produce a rating designed to help financial professionals adhere to an updated code of ethics that forces them to have a deeper understanding of financial products branded as "ethical." 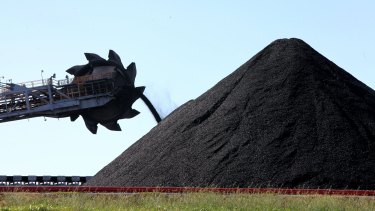 Lonsec chief executive Charlie Haynes said an updated code of ethics that came into effect on January 1 means advisors can no longer recommend an Environmental, Social and Governance (ESG) investment option without a detailed understanding of its contents.

“Advisers now have a legal responsibility to ensure their client’s preferences are taken into account,” said Mr Haynes.

“If a client doesn’t want fossil fuels in their portfolio, simply recommending an ESG product probably won’t be sufficient from now on.

"The adviser needs to have a complete understanding of the product’s underlying investments and its processes," he said.

Lonsec's head of sustainable investment research Tony Adams said current tools available for advisors to assess sustainability were too complex and the consultant was taking calls on a daily basis from financial professionals seeking more guidance on the sector.

"It’s important to do this in a simple, easy to digest manner, rather than using statistics and data that can get very complex," Mr Adams said.

However, he said measuring a company's sustainability was not a straightforward task, as it relied on a value judgement – and there was no such thing as a "perfectly clean portfolio".

“Unfortunately, the reality is that we all use fossil fuels and most companies are using them to an extent, so there’s no black and white on fossil fuels – there are very much shades of grey,” Mr Adams said. "It’s difficult to figure out eactly where to draw lines." 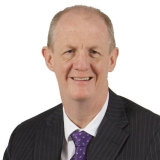 When it came to investing in mining behemoths such as Rio Tinto and BHP, Mr Adams said a balance must be struck when calculating the ratings between the carbon footprint of the companies and their benefit to society.

"Clearly, they [Rio Tinto] have a large fossil-fuel footprint but a lot of the goods and services they produce are used in building housing and transport, so it's important to realise there is a balance," Mr Adams said.

"When you compare them to companies that specialise in gaming or alcohol, there's not a lot of good to offset the potential damage there."

"On the flip side it [thermal coal] helps provide the energy that we all need … but given the alternatives to producing energy, a renewable company that produced the same energy would generate a much better score."

Lonsec is hoping to launch its Australian equity ratings by May.

Mr Adams said the researcher would also later roll it out to other asset classes – including international equities, fixed income and listed property.