New York (CNN Business)The onset of the 2020 recession in the United States came quickly and with little warning, as the economy had been chugging along nicely until the Covid-19 pandemic hit.

And while some experts hope the eventual rebound will be similarly sharp and rapid, as in a so-called V-shaped recovery, others fear that it will take years for the economy to return to pre-coronavirus levels.
In many respects, the eventual economic revival could play out just as it did after the Great Recession of 2008. It took years for many American consumers to regain confidence in the economy — not to mention the stock market — as banks and other businesses slowly nursed themselves back to health.

It’s why I described the post-Global Financial Crisis years as the barbecue recovery in the 2010s. It was low and slow — just the way you’re supposed to cook meat over charcoal. And it looks like America may need to bust out its collective Weber grill again.

In fact, the CNN Business/Moody’s Analytics Back-to-Normal Index, which looks at a variety of national and state economic indicators, shows that the recovery has stalled in recent months.
We’ve already started to see the job market comeback slow a bit in August — and the labor market remains in a big hole. There are also fears that some jobs may be lost for good.
The services sector seems to be shifting even more toward a work-from-home/Zoom conference call economy, which could lead to downsizing of both employees and office space. And many struggling retailers and restaurants could be forced to shutter their doors for good. 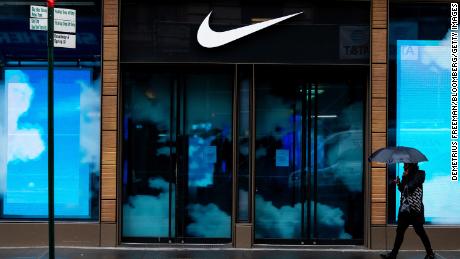 Until there is a successful coronavirus vaccine, companies may be forced to slow the pace of rehiring and even contemplate laying off staff.
“We expect the pace of job growth to fall below one million per month between now and the end of the year and it is hard to see it reaccelerating in 2021 until the widespread distribution of a vaccine and the suppression of the pandemic allow the most affected industries to get back to normal,” said David Kelly, chief global strategist with JPMorgan Funds, in a report Tuesday.

The Fed can only do so much

In other words, people should not be duped into believing that the economic damage is over — despite the fact that the housing market has remained strong and stocks are still up sharply from March lows, recent volatility notwithstanding.
Sure, it’s very likely that the third quarter’s data will paint a rosier view of the economy. The Atlanta Fed’s current GDP tracker is forecasting a whopping 29.6% rebound in gross domestic product.
But that could be a temporary blip before the numbers get worse again. Consumers (and investors) may need to prepare for a prolonged period of economic stagnation. 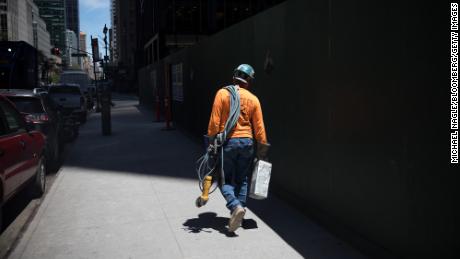 “The damage caused by any recession tends to be rapid, while the healing process often takes years,” said Jim Baird, chief investment officer of Plante Moran Financial Advisors in a report after Friday’s jobs numbers were released.
“The unprecedented speed and magnitude of this contraction is being followed by an exceptionally rapid restart, but one that is not surprisingly already showing clear signs of slowing. That should be expected to continue,” Baird added.
Making matters worse is that the White House and Democratic leaders still cannot come to an agreement on a new round of stimulus to help consumers and small businesses.

While the Federal Reserve has pledged to keep interest rates near zero for the foreseeable future in order to help the economy, that may not be enough. Additional fiscal stimulus from Washington will be needed to get the economy back on track sooner rather than later.
“In very simple terms, the absence of fiscal help means more layoffs in the coming weeks and possibly higher bankruptcies,” warned Naeem Aslam, chief market analyst at currency brokerage firm AvaTrade in a note following Friday’s jobs report.
Source: Read Full Article

Technicals the Pros Are Watching After This Instant Bull Market

Getting the right research for your startup

German Legislators to Ask ECB About Role in Wirecard Scandal