A ‘Kennedy’ panel discusses the 2020 presidential race and its candidates, including Mike Bloomberg and Bernie Sanders.

The Democratic presidential candidate vowed to toughen the Volcker rule, which prohibits banks from making their own investments with customers' deposits. In 2018, the Trump administration passed a law easing the Obama-era package of rules known as Dodd-Frank, including softening the Volcker rule.

The plan would also strengthen the Consumer Financial Protection Bureau, which was proposed by now Massachusetts Sen. Elizabeth Warren, and expanding its reach to include auto lending and credit reporting. Under the plan, Bloomberg said he would have the Justice Department establish a dedicated team to fight corporate crime and encourage "prosecutors to pursue individuals, not only corporations, for infractions."

Bloomberg called for the introduction of a 0.1 percent tax on all financial transactions, revenue of which would go toward addressing wealthy inequality and other measures, like a speed limit on trading, to "curb predatory behavior."

Doing so would impose a 0.1 percent tax on the purchase of most stocks, bonds and other debt obligations, a proposal that's in line with plans backed by Bloomberg’s 2020 progressive rivals, Warren and Vermont Sen. Bernie Sanders. (Sanders, a self-avowed democratic socialist, went one step further, calling for a 0.5 percent tax on stock trades, 0.1 percent on bond trades and 0.005 percent on derivatives). 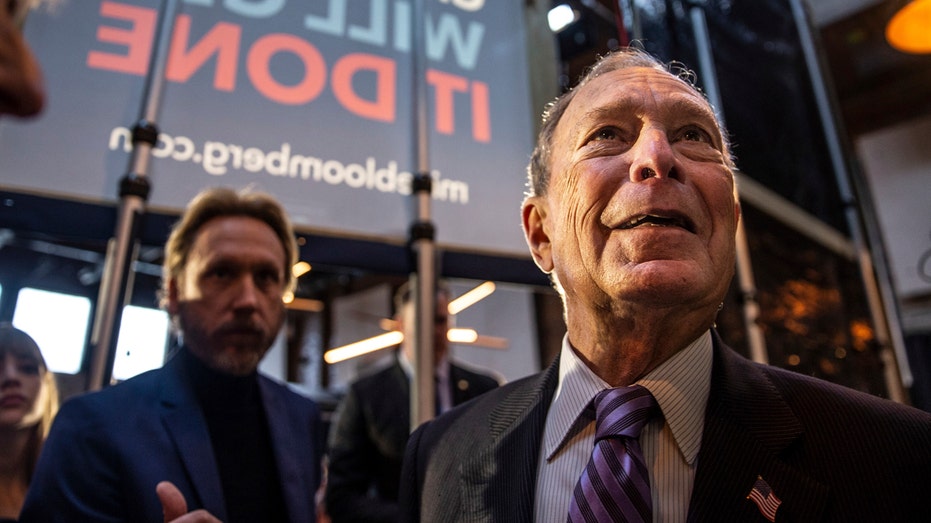 Bloomberg speaks to supporters during his visit in Greensboro, N.C., on Thursday. (Khadejeh Nikouyeh/News & Record via AP)

BLOOMBERG HAS BARBS AT THE READY FOR HIS FIRST 2020 DEBATE

"The financial system isn't working the way it should for most Americans," Bloomberg said in a statement. "President Obama made important progress strengthening our financial system and protecting consumers – but President Trump has spent the last three years gutting those safeguards, while giving a huge tax cut to the wealthiest people."

It's a marked shift for the 78-year-old billionaire, who got his start on Wall Street in the 1960s, and pushed back against increased federal oversight in the years after the 2008 economic meltdown, warning that too much regulation could endanger the economy instead of protecting it.

Comments he made as then-New York City mayor in 2008 blaming the crisis on the end of redlining, a discriminatory practice used by banks to cut off largely minority neighborhoods and potentially homebuyers from mortgage lending opportunities, also resurfaced this week, drawing widespread condemnation. Warren skewered Bloomberg for the comments and suggested they should preclude him from becoming the nominee.

Bloomberg's campaign insisted he was not flip-flopping, pointing to initiatives like his creation of the Center for New York City Neighborhoods, which provided $2.3 million in grants to families affected by the 2008 recession, as evidence that he has "long called for more efficient and transparent regulation that lets the financial sector thrive while being held accountable."

Boosted by his free-spending campaign, Bloomberg qualified early Tuesday for this week's debate in Las Vegas, after a national poll from NPR, PBS NewsHour and Marist showed him in second place with 19 percent support among Democrats and Democratic-leaning independents, placing him Sanders, who had a double-digit lead at 31 percent.

He is expected to face tough questions over his previous support for policies that have been widely criticized as racially discriminatory, such as the policing strategy known as "stop and frisk."

According to an aggregate of national polls by RealClearPolitics, Bloomberg is in third place, behind Biden at 17.8 percent and Sanders at 24.8 percent.

For Global Markets, Next Test Is Whether Virus Rates Rise Again