The ASX-listed company has secured a subscription agreement worth up to $22 million with German financier and psychedelic treatments advocate Christian Angermayer, through his family office Apeiron Investment Group. Apeiron has also engaged other investors through this process and a group including PayPal co-founder Peter Thiel and former hedge fund manager Mike Novogratz will also come on board as investors. 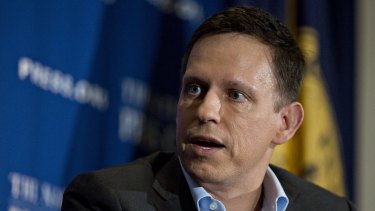 Paypal co-founder Peter Thiel is one of the company’s high-profile investors.Credit:Bloomberg

The agreement involves the issue of $5.4 million of shares across two tranches, with Apeiron set to underwrite future capital raisings.

Mr Angermayer is a serial entrepreneur known for his advocacy of research into the use of psychedelics for treatment of mental health. His startups include medtech firm ATAI Life Sciences, and he was a seed investor in Compass Pathways, the startup founded develop therapies using psilocybin, the compound found in magic mushrooms. Bloomberg reported earlier this week that Compass, which is also backed by Mr Thiel, is preparing for a public listing in the US.

For Bionomics, the funding comes after a turbulent two years in which it ran into hurdles with its flagship product. The company has been developing a treatment for those suffering post-traumatic stress disorder, called BNC210. In September 2018 Bionomics revealed its phase 2 trial of the product did not meet its primary endpoint targets to show it was effective, sending the business back to the drawing board.

Between September 2018 and September 2019 shares dropped from 53c to as low as 3c. The company said the formulation of the drug was the problem with its first trial and has since gone back to create a new tablet form that does not have to be taken with food.

Bionomics executive chairman Errol De Souza said he was confident the business could now move forward with new trials for the product. 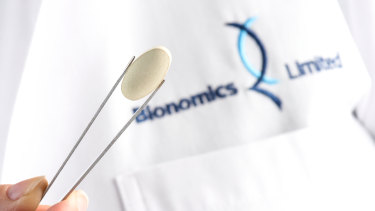 "My goal is to turn around this company and do right in terms of the shareholders and patients," he said. According to the company's full year financial results released last week, it is still operating at a $7 million loss.

Mr Angermayer said his investment in the business came down to his interest in mental health innovation and the fact that Bionomics was undervalued because of its recent past.

"I like these kind of turnaround stories. Bionomics was so depressed that it’s a very undervalued stock. There's enormous upside if the company wins back trust," he said.

"Mental health has emerged as one of the most prevalent medical issues, burdening the lives of millions of people. Christian has been at the forefront of supporting companies like Bionomics pioneering transformative mental health therapies," he said.

Bionomics is going after a large treatment market, particularly in the US where the government estimates around 8 per cent of its population will suffer from PTSD at some point in their lives.

However, the company has some way to go before commercialising its products: the company has fast-track approval from the Food and Drug Administration to develop the product but will still have to undertake new set of trials, starting before the end of this year. 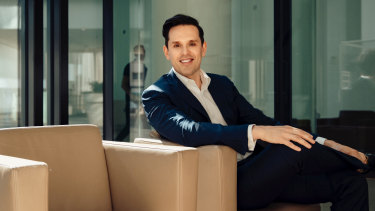 Christian Angermayer’s investment vehicle Apeiron Investment Group says there could be big upside from a turnaround at Bionomics.

Mr De Souza said he had optimism that the business had learned from its previous unsuccessful trials.

"We developed a whole new formulation with a new team."

Five Things You Need to Know to Start Your Day

Hunt for the Next Tesla Fuels Wave of Electric-Vehicle Deals

Latest Posts
McConnell Agrees to Power Sharing Pact, Backs Off on Filibuster
Novartis Q4 Profit Rises, But Results Miss View
Bitcoin Seen Topping $50,000 Long Term as it Vies With Gold
tetracycline selection coli
'This is about my politics': Tom Cotton says his military record was scrutinized because he's a 'conservative veteran'
Recent Posts
This website uses cookies to improve your user experience and to provide you with advertisements that are relevant to your interests. By continuing to browse the site you are agreeing to our use of cookies.Ok