Axel Springer SE is in talks to purchase an ownership stake in Washington, D.C., publisher Politico, according to people familiar with the matter, a deal that would consummate a yearslong relationship between the two companies.

The deal talks aren’t final and could still fall through. The talks also include the possibility of a full buyout, the people said.

The German publisher teamed up with Politico in 2014 to launch Politico’s European edition the following year in a 50/50 joint venture. The operation is based in Brussels with offices throughout the continent.

Axel Springer, which owns the German newspapers Bild and Die Welt, has been adding to its U.S. media holdings in recent years. The company purchased Business Insider in 2015 for about $500 million and recently bought Morning Brew, a digital publisher that has focused largely on business.

Launched in 2007, Politico reshaped Washington coverage with its blanket reporting on all things political, rapid-fire blog posts, morning email blasts and in-depth tracking of elections and legislative happenings. That later paved the way for a move toward events and high-price subscription services. 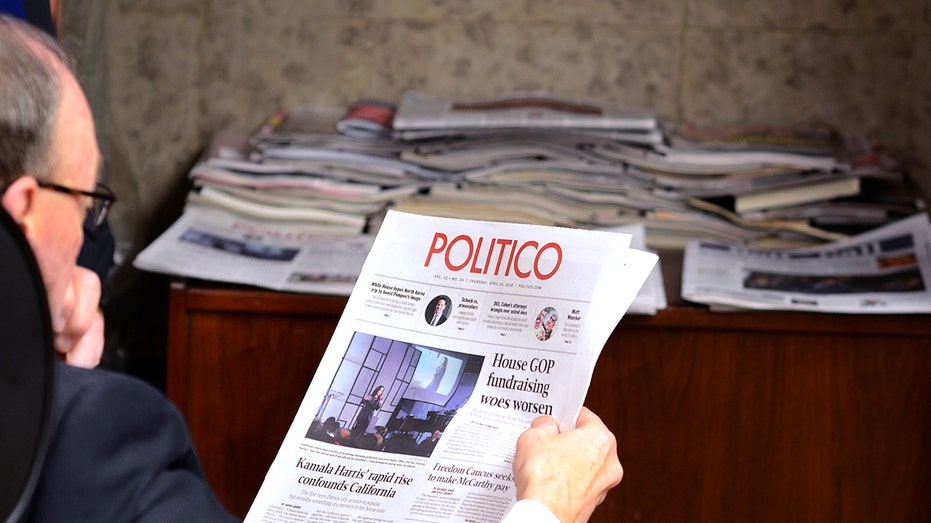 In a memo to employees, Politico publisher Robert Allbritton said the company wasn’t commenting on potential deal talks, adding that the company might seek to eventually combine Politico and Politico Europe into a single publication.

Axel Springer, which in recent years has been ramping up its U.S. publishing operations, was recently in talks to buy Axios, a digital-news publisher. Axios executives told investors in July it was reluctant to do a deal with Axel Springer and was inclined to remain independent, according to a person familiar with the matter.

Axios was launched by Jim VandeHei, Roy Schwartz and journalist Mike Allen in 2017 after the three left Politico. The company, which specializes in short, newsy stories and concise newsletters, cast a wider net beyond politics with coverage of media, technology and finance.

Sports-media outlet the Athletic was in merger talks with Axios earlier this year, people familiar with the situation said, but the discussion didn’t move forward.