SAN FRANCISCO — PG&E Corp. CEO Bill Johnson blamed negligence by the company's past management for a cascade of catastrophes that killed nearly 140 people as he tried to persuade California regulators Tuesday that he is steering the utility to make safety its top priority.

Johnson, who was brought in to lead the company 10 months ago, delivered his remarks as the first witness in critical California Public Utilities Commission hearings that will help shape Pacific Gas & Electric as it tries to emerge from its second bankruptcy in less than 20 years.

JUDGE BLASTS PG&E AS 'FAR BEHIND' ON SAFETY PLAN

“The organization is safer today than it was a year ago. Things are getting better," Johnson said in sworn testimony while being grilled by a lawyer for a consumer rights group, The Utility Reform Network.

Later in his testimony, Johnson boiled down his mission to a simple goal: “No more disasters, no more catastrophes, no more fatalities.”

But both California Gov. Gavin Newsom and the head of the California Public Utilities Commission, PG&E's chief regulator, have expressed serious doubts about whether the company has turned over a new leaf.

Among other things, both Newsom and CPUC President Marybel Batjer have publicly demanded that PG&E replace its entire 14-member board, including Johnson, before it emerges from bankruptcy.

PG&E has promised to reshuffle its board, but hasn't made any commitment to part ways with Johnson, who previously ran another major utility, the Tennessee Valley Authority. 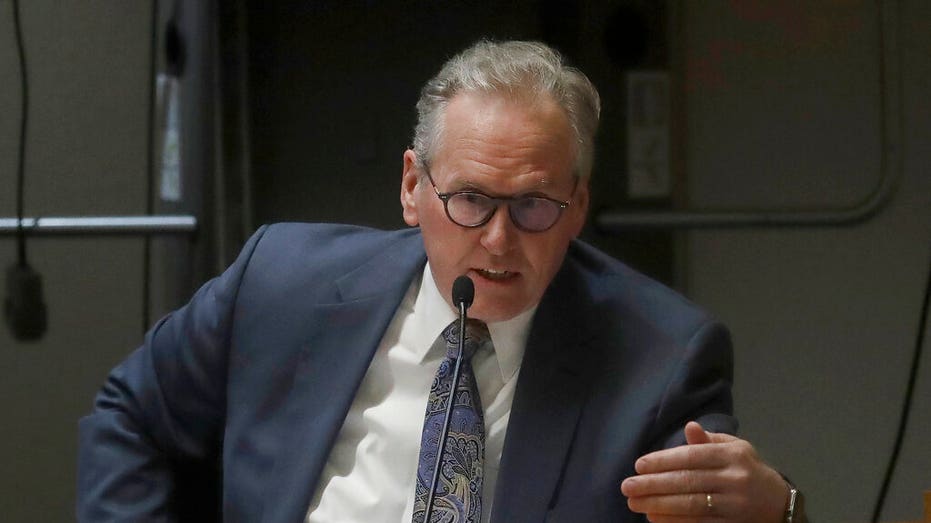 The demands for a management shakeup are being made as PG&E scrambles to to meet a June 30 deadline to win approval of its plan to get out of bankruptcy. Facing more than in $50 billion in claimed losses from a series of deadly wildfires ignited by its outdated electrical equipment, the nation's largest utility filed the case 13 months ago.

The utility also plans to raise up to $25.68 billion by selling securities, as it works its way out of the bankruptcy process.

The company is restructuring amid Chapter 11 proceedings, while trying to bounce back from the negative publicity after its equipment in California was blamed for the deadly wildfires.

PG&E needs to exit bankruptcy by June 30 to participate in a state-backed fund that would help power utilities cushion the hit from wildfire.

PG&E provides power to 16 million people — larger than the populations of all but a handful of states.

PG&E has agreed to settle claims with wildfire victims, insurers and a few government agencies for $25.5 billion to put it on track to win a federal judge's approval of its bankruptcy blueprint. But the CPUC also must sign off on the plan to qualify for coverage from a state-created wildfire insurance fund.