Trump: ‘The oil industry is being ravaged’

President Trump believes the oil dispute between Russia and Saudia Arabia will resolve things in the coming days.

President Trump said he expects Russian and Saudi leaders will reach a resolution in their oil price war that has plunged oil’s value, saying during a coronavirus news conference Wednesday that both sides “know what to do to solve it.”

The price of benchmark crude oil surged 9 percent on Thursday to $22.22 per barrel Wednesday. The price of Brent crude oil, which is used as an international standard, jumped 9.5 percent to $27.13.

“I think that they will work it out over the next few days,” he said. “It’s too simple. They both know what they need to do.”

The president said Tuesday that he’d spoken with both Russian President Vladimir Putin and Saudi Crown Prince Mohammed bin Salman about the issue and that the conversations had gone well. 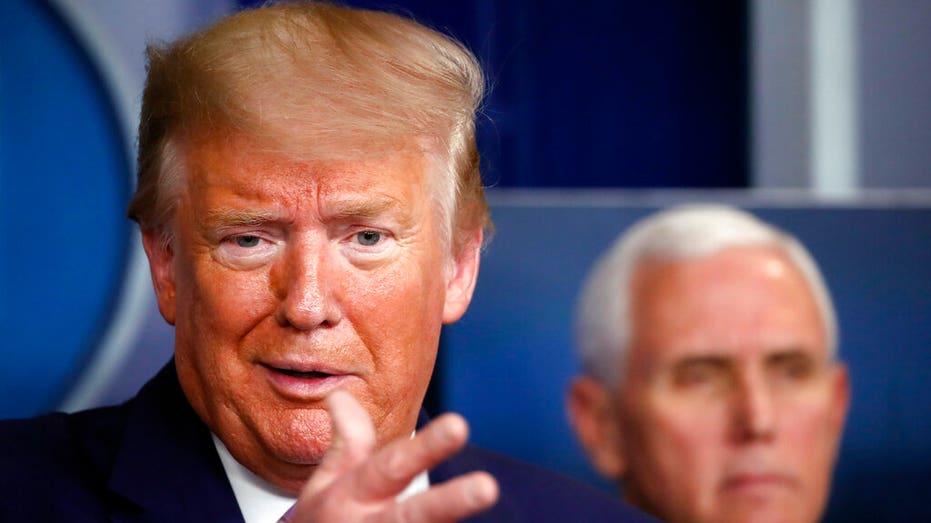 Trump also announced Wednesday that he’ll be meeting with oil industry leaders on Friday and independent oil producers sometime over the weekend as the international price war over output levels and reduced demand due to the coronavirus pandemic have dinged the U.S. oil industry as well.

White House officials said the industry executives will discuss the price crash and what can be done to respond.

Trump said the price at the pump could fall as low as 99 cents per gallon and likened it to a tax cut. The national average price for a gallon of regular gasoline was down to $1.99 as of Tuesday, the first time it fell below $2 in about four years, according to AAA.

Canopy Growth extends gains, but analyst highlights issue that was overlooked in earnings