In his decade of ruling China, Xi Jinping has tried to imbue its people with confidence, telling them that the country is doing very well compared with the chaotic West.

He has told the younger generation that China can finally look at the world as an equal. 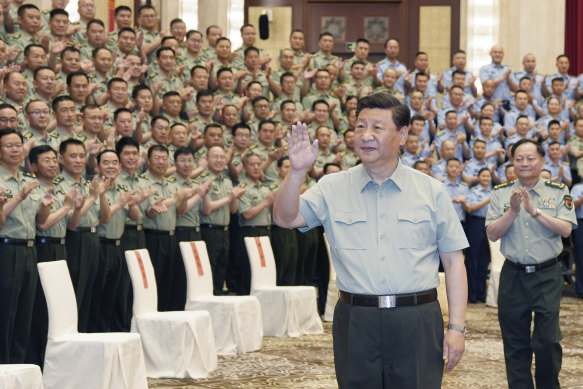 President Xi Jinping has implored China to be proud of its culture, its governance system and its future as a great power, all of which adds up to his signature political philosophy, sometimes called the “confidence doctrine.”Credit:AP

“It’s no longer as backward,” he said last year.

“The East is rising and the West is declining,” he declared at a time when the United States and other Western countries seemed mired in high COVID infection rates, racial tensions and other problems.

Xi has told China’s 1.4 billion people to be proud of its culture, its governance system and its future as a great power, all of which adds up to his signature political philosophy, sometimes called the “confidence doctrine.”

While much of that pride is well placed, it also breeds cockiness. It gives Xi a justification for unwinding the policies of openness that helped China emerge from international isolation and abject poverty under former Communist Chairman Mao Zedong. It has also given a boost to extreme nationalists who trumpet Chinese superiority and who are now urging military confrontation with Taiwan after Speaker Nancy Pelosi’s visit.

Their strident rhetoric shows how little they think of the US′ power and how easily they think China would win a great-power competition with the United States. It is making more moderate nationalists feel uncomfortable, raising fears that Beijing could feel compelled to act tough.

Such posturing and nationalistic sentiment heighten the risk of war, especially as China establishes a new status quo with Taiwan, announcing Tuesday that it would continue air and sea drills around the island democracy.

And in the context of the US-China rivalry, this tendency toward overconfidence could also prove to be a weakness for Beijing, blinding it to its own challenges. It could be a blessing for the United States, if it can get its act together.

The Chinese people, not the government, have every reason to feel proud and confident in their achievements over the past four decades. 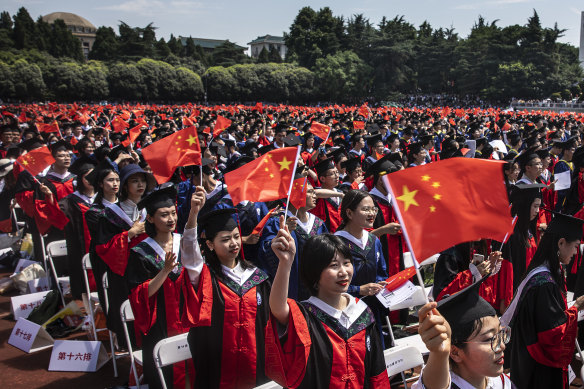 For many other Chinese, especially younger ones, the idea of a rising East and a declining West is an accepted fact. News programs and social media are filled with such dogma, and political science classes, at the urging of Xi, are teaching it.Credit:Getty Images

They lifted themselves from poverty and created some of the most successful companies on earth. They made their country a manufacturing colossus and the biggest consumer market for cars, smartphones and many luxury brands. They built skyscrapers, subways, highways and high-speed railways, some of the best in the world.

The United States, on the other hand, has seemed embroiled in its many domestic problems and often too paralysed to sort through its issues.

Before the pandemic, I got used to Chinese people coming back from trips to the United States and telling me how backward, shabby and underwhelming they had found it to be.

Some of them refused to take the New York subway system, saying it was dirty, smelly and full of service disruptions. They were appalled by the lack of public transportation in Los Angeles and the poor highway conditions in Silicon Valley. They did not understand why wealthy San Francisco was plagued with homelessness. They were greatly disturbed by gun violence and the failure of laws to control it.

Most of those people were not nationalists. They were educated elites who grew up in poverty, benefited from China’s opening up and had seen the United States as an ideal. The United States awed and disappointed them at the same time.

But for many other Chinese, especially younger ones, the idea of a rising East and a declining West is an accepted fact. News programs and social media are filled with such dogma, and political science classes, at the urging of Xi, are teaching it.

Yan Xuetong, a professor of international studies at Tsinghua University with a nationalistic bent, said at a Beijing conference in January that China’s college students need to learn more about the world. They often have a binary view, believing that “only China is just and innocent, while all other countries, especially the Western countries, are ‘evil,’ and that Westerners are bound to hate China,” he said. Students “usually have a very strong sense of superiority and confidence” in international relations, he said, and often “treat the other countries with a condescending mindset.”

“They use ‘wishful thinking’ in international affairs, believing that it’s very easy for China to achieve its foreign policy objectives,” Yan said.

He added that they also tend to believe conspiracy theories and other unsubstantiated opinions found online.

Many young people criticised him in turn, accusing him of condescension.

Chinese propaganda has always tried to highlight China’s achievements and the West’s failures. On December 30, 1958, when China was entering the Great Famine that would result in the death of millions by starvation, the front page of the People’s Daily reported that the country was succeeding in industrial and agricultural production. In the international news section, stories about socialist countries like Vietnam and North Korea were celebratory, while ones about the capitalist West were all about their economic and political woes.

I grew up reading a newspaper column titled Socialism is Good. Capitalism is Bad. Each week, millions of young readers like myself would consume biased pieces about an American girl going hungry or a North Korean boy living a happy life. We believed them until China opened up and we realised that our socialist country was impoverished.

That changed to a degree in the 1990s and 2000s, as the Chinese Communist Party allowed some investigative reporting and public online criticism. But under Xi, everything about China exudes “positive energy,” including economic forecasts, while the West, especially the United States, is increasingly portrayed as evil or in decline.

“When people stop queuing up for visas in front of the US consulates,then the US is in decline.”

The state broadcaster Chinese Central Television, eager to give the party credit for the country’s successes, made a documentary called Amazing China in 2018. In one section about achievements in poverty eradication, the film showed Xi sitting among farmers, talking about how their income had increased twentyfold in 20 years.

But capitalist countries like Japan and South Korea had gone through similar economic transformations decades earlier.

In the past two years, many state news reports and theoretical essays have contrasted China’s orderly governance with the “messy West,” citing the US′ mishandling of the pandemic, its widespread protests against racism and its many mass shootings. When the United States and a few other Western countries struggled with their COVID responses, state media and many Chinese social media influencers urged them to “copy China’s homework.” 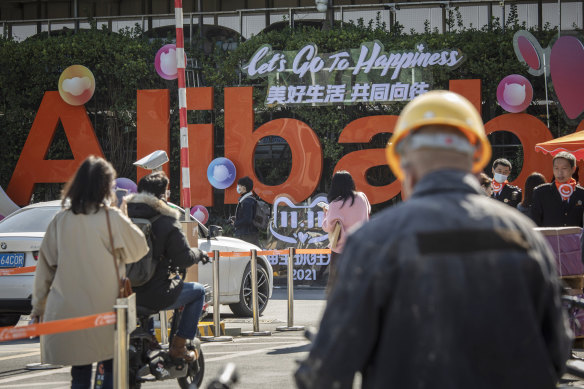 China has built some of the world’s most successful companies.Credit:Bloomberg

Wang Jisi, a professor of international studies at Peking University and a top expert in US-China relations, complained at a peace forum in July that CCTV’s main news program ran at least two stories about the United States every night and that both were negative.

“They’re either about the US having another mass shooting, another example of racial tensions or its messy handling of the pandemic,” he said. “Why can’t we talk about what’s happening in Africa or Latin America and not talk about bad stuff in the US?”

In an interview with an academic journal this year, Wang tried to correct the idea that the United States is in decline. He argued that while America’s international standing had experienced relative decline between 1995 and 2011, its share of global output rose in the decade after 2011. There is not enough evidence to conclude that America’s economy is in irreversible decline, he said, although he acknowledged that the US′ soft power had diminished.

For China, the danger of drinking its own propaganda Kool-Aid is that it stops looking at its own problems while exaggerating America’s weaknesses.

The Communist Party’s aversion to truth and its obsession with control are backfiring. Xi’s zero-COVID policy, which relies on mass testing and lockdowns, is wreaking huge damage on the Chinese economy. But since no criticism is allowed, the country is largely going along with strict restrictions while much of the world is in the process of returning to normal.

“When people stop queuing up for visas in front of the US consulates,” said Wang, the professor, “then the US is in decline.”

This article originally appeared in The New York Times.