The good news for investors is that US Federal Reserve Board officials now believe they should slow the pace of interest rate increases. The bad news is that they think US rates may end up higher than they had previously thought.

That somewhat complicated messaging came out of the minutes of the Fed’s November Open Market Committee meeting that were released in the US on Wednesday. It was received, if not enthusiastically, then positively by financial markets, with the US sharemarket edging up and bond yields edging down. 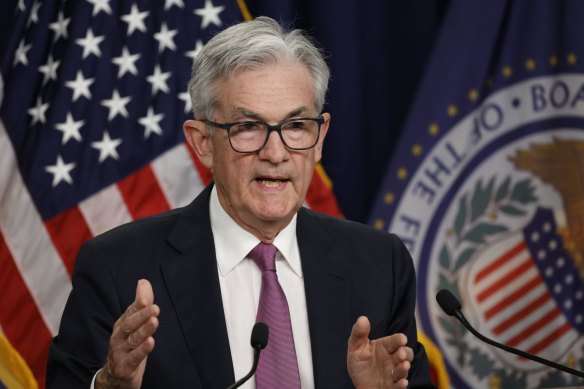 Jerome Powell’s Fed had some good news and bad news for investors..Credit:Bloomberg

While the slower, longer and higher outlook for the trajectory of US interest rates is consistent with the recently expressed views of several prominent Fed members, which were regarded as relatively hawkish – some have indicated that the Fed’s targeted range for its federal funds rate (the US equivalent of the Reserve Bank’s cash rate) could be above five per cent next year and potentially significantly above five per cent – it underscores the inherent uncertainties in setting monetary policies.

In essence, the Fed officials are unsure about the cumulative impacts of the aggressive rate hikes they’ve already made this year on inflation and the economy.

The Fed is widely expected to add another 50 basis points to US rates at the December meeting, an expectation more or less confirmed by the minutes. That would be consistent with its commentary about slowing the pace of rate increases, given that its last four moves have been “jumbo” rate hikes of 75 basis points each. It would bring the top of its targeted range to 4.5 per cent, the highest level since the 2008 financial crisis.

With the US inflation rate apparently peaking – it fell back from 8.2 per cent to 7.7 per cent last month – the US economy slowing and, if the Fed officials are right, an even-money chance to be in recession next year, the down-sizing of the next rate move is designed to buy the Fed time and reduce the risk of over-kill.

“There was wide agreement that heightened uncertainty regarding the outlooks for both inflation and real activity underscored the importance of taking into account the cumulative tightening of monetary policy, the lags with which monetary policy affected economic activity, and inflation and economic and financial developments,” the minutes read.

The officials noted that monetary policy tightening typically produced rapid effects on financial conditions but the full effects on the broader economy took longer to materialise.

“With regard to current circumstances, many participants remarked that even though the tightening of monetary policy had clearly influenced financial conditions and had notable effects in some interest rate-sensitive sectors, the timing of the effects on overall economic activity, the labour market and inflation was still quite uncertain, with the full extent of the effects yet to be realised.” 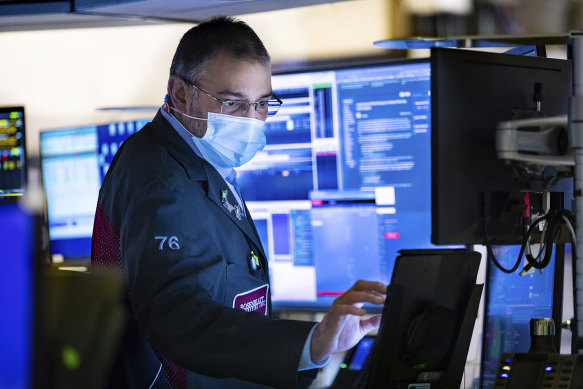 That’s a long-winded way of saying that monetary policy operates with long lags between rate decisions and their economic impacts. It can take a year to 18 months for the full effects to materialise.

Financial markets are, however, forward-looking and reflect expectations of what conditions will be in a year or 18 months.

The US markets are signalling a recession.

The US yield curve has inverted, with yields on shorter term fixed rate securities higher than those with longer durations. That is contrary to the normal shape of yield curves, where investors are compensated for the higher risk of holding bonds for longer periods. Every post-war US recession has been preceded by an inversion of the yield curve.

The Fed’s new “slower but higher and longer” approach to monetary policy has implications, not just for the US economy and financial markets, but for other central banks, including our own.

The sharemarket, despite recent gains, is more than 15 per cent lower than its starting point this year, with the technology stocks that are most sensitive to interest rates down almost 28 per cent.

It’s not just the US economy where the economic and financial indicators point towards a recession.

Europe, with its particular war-related challenges, is clearly heading into a recession and the latest big outbreak of COVID in China doesn’t auger well for any relaxation of the harsh zero-COVID policies that have been a major drag on its meagre, by China’s standards, economic growth.

It makes sense therefore to do as the RBA has done, and the Fed is now flagging, and prosecute monetary policy a little more cautiously until the effects of the policy actions so far can be assessed.

The “terminal” rates may, or may not, end up higher than they might otherwise have been but the risk of over-doing the monetary policy tightening and causing more economic harm than is necessary to bring inflation under control would be reduced.

There’s also a risk to financial market stability if, in responding to inflation rates that, even if peaking, remain unsustainably high, the central banks are too aggressive.

As discussed earlier this week, there are signs of stress in the key Treasury bond market, with unusually high levels of volatility and unusually low levels of liquidity.

The Fed officials, having noted the “elevated interest rate volatility and indications of strained liquidity conditions” in the market for Treasury securities, said that the functioning of the market had still been orderly. 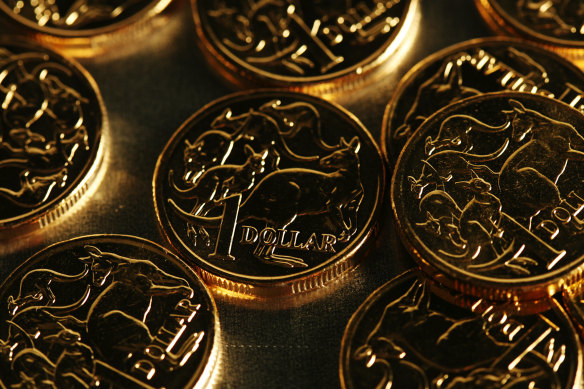 The Australian dollar jumped after the greenback weakened. Credit:Louie Douvis

They did, however, refer to the recent “disruptions” in the UK bond market, saying they underlined the value of resilience in the Treasury bond market. There was discussion of a range of potential regulatory reforms that could strengthen that resilience, including capital and liquidity regulations, clearing and settlement practices and the role and structure of the Fed’s own facilities.

Several noted the risks posed by non-bank financial institutions amid a rapid global tightening of monetary policy and the potential for hidden leverage in those institutions to amplify shocks.

The role that hedge funds and high-frequency traders now play in the market for Treasury securities – the most important financial market in the world – has recently started to become a focus of significant attention for both regulators and market participants.

The Fed’s new “slower but higher and longer” approach to monetary policy has implications, not just for the US economy and financial markets, but for other central banks, including our own.

Monetary policies outside the US are forced to broadly track the Fed’s if they are to reduce the risk of rate settings that are too far out of line with the US, which would threaten significant currency depreciations that would add to inflation (particularly increased domestic energy prices, given that oil and gas are priced in US dollars) and could generate destabilising capital outflows.

The US dollar weakened in response to the release of the minutes and has fallen by about six per cent this month against the basket of its major trading partners’ currencies. The reduces to some extent one source of external pressure for the RBA and its peers outside the US, although the US dollar remains about 11 per cent higher than it was at the start of the year.

Should I have given in to Currys’ threat to take me to court?