FOX Business’ Stuart Varney, in his latest “My Take,” argues that a Bernie Sanders nomination would ultimately be a “nightmare for all Democrats” and his lead is causing a great divide in the party.

“Some Democrats are thrilled; some are in despair,” he said. “The most left-wing candidate in generations and he’s the splitter.”

Varney said the “knock” on Sanders is that he can’t win the election, causing other Democrats “further down on the ballot” to lose too. And a House and Senate controlled by Republicans, plus re-election for President Trump, would be a real nightmare for Democrats, he said.

Even though Sanders has a large base of young supporters, Varney said the rest of the party believes he’d lose to Trump for a few reasons. 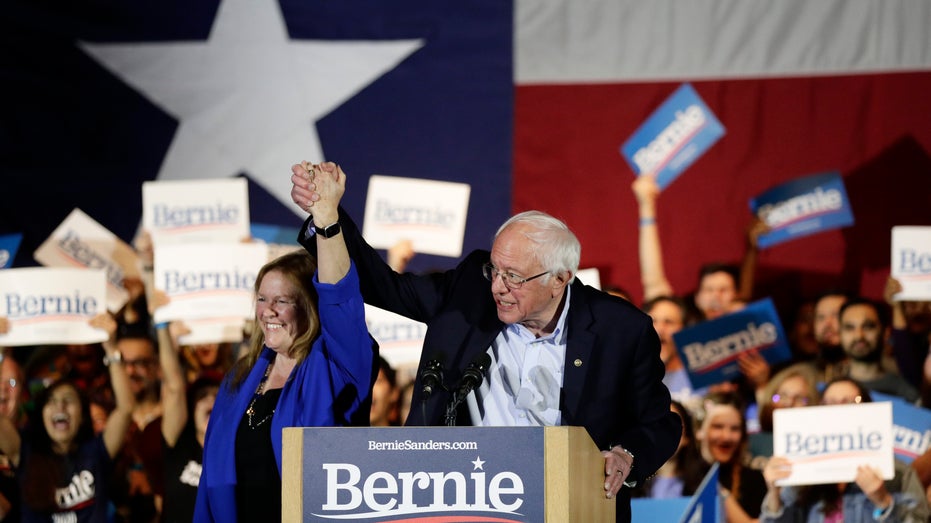 First, he’s a socialist and older people tend to view “all government all the time” negatively, Varney said. He also plans to get rid of employer-provided health care.

“We’re not all ready for that,” Varney said.

He’d raise taxes on the middle class which, Varney said, is “hardly a winning strategy” and he’d ban fracking which would “end America’s energy independence and kill a million jobs.”

On "60 Minutes", Varney said Sanders had nice things to say about communist Cuba.

Varney said there is a long list of negatives including these, so why is he leading the Democrats? Varney thinks it’s because his opponents are “totally divided.”

“Biden, Bloomberg, Buttigieg and Klobuchar are not as far left as Bernie, but can't unite to beat him,” he said. “They all want to be the last ‘moderate’ standing. Bernie is why the left is thrilled and Bernie is why the rest of the party is in despair.”

Half a million petition Trump to cancel student loan debt