Putin has been angry, frustrated and humiliated for decades: Former CIA officer

VERSAILLES, France — When French President Emmanuel Macron picked the lavish Versailles Palace for this week's summit of European Union leaders, he didn't anticipate the grimness of the Ukraine war.

With the coronavirus pandemic receding, the two-day meeting starting Thursday should have been devoted to optimistic discussions on the EU’s new economic growth and investment model.

Russian President Vladimir Putin's decision to invade his neighbor turned everything upside down.

The EU has showed remarkable cohesion since the war started last month. It quickly adopted massive sanctions targeting Putin himself, Russia's financial system and its high-maintenance oligarchs. It also took the unprecedented step of collectively supplying weapons to a country under attack.

The EU agreed to spend 450 million euros ($500 million) on buying weapons for Ukraine. Meanwhile, Germany said it would raise defense spending above 2% of gross domestic product — and broke with a long tradition of refusing to export weapons to conflict zones when it agreed to send anti-tank and air defense missiles to Ukraine.

"In stepping up European defense, we must find a consensus within the EU, that sometimes the best way of achieving peace is the willingness to use military strength," Estonian Prime Minister Kaja Kallas said. 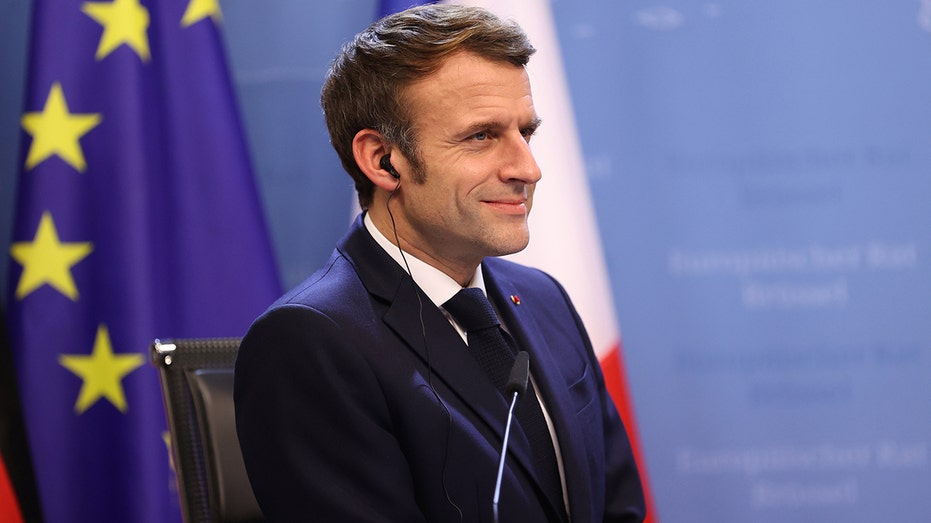 According to a draft of the summit's conclusions obtained by The Associated Press, leaders will agree in Versailles that they "must bolster resolutely (their) investment in defense capabilities and innovative technologies," and to continue efforts to make the EU "a stronger and more capable security provider."

But two weeks into the war, divisions among leaders have started to surface on integrating Ukraine and severing energy ties with Moscow.

Ukrainian President Volodymyr Zelenskyy wants his country to quickly become an EU member, but an agreement on that point won't be achieved this week.

GLOBAL ECONOMY BRACES FOR IMPACT OF RUSSIA’S WAR ON UKRAINE

The Ukrainian bid has received warm support in Eastern European countries, but EU officials have stressed the process could take years, with unanimity among current members required to allow a newcomer in the club.

"This will not happen in the short term, because this is a whole process taking many years," Dutch Prime Minister Mark Rutte said Wednesday.

Another key deterrent to a hasty decision is the specific EU treaty clause that if a member falls victim to armed aggression, the other EU countries have an obligation to aid and assist it by all the means in their power.

"The chance of all member states agreeing to admit Ukraine while it is at war with Russia is virtually zero, as it could trigger conflict with Moscow," said Luigi Scazzieri, a senior research fellow at the Centre for European Reform.

On energy, all agree that the EU should reduce its dependency on imports of Russian gas, oil and coal while accelerating the green transition. The EU imports 90% of the natural gas used to generate electricity, heat homes and supply industry, with Russia supplying almost 40% of EU gas and a quarter of its oil.

Earlier this week, the European Commission proposed to diversify natural gas supplies and speed up renewable energy development in a bid to reduce EU demand for Russian gas by two-thirds before the end of the year.

EU leaders are expected to agree on that, but it's highly unlikely they will follow Washington's lead and unanimously endorse a full embargo on Russian oil and gas imports. France won't defend what it considers a radical measure and German Chancellor Olaf Scholz has made clear he opposes the idea. 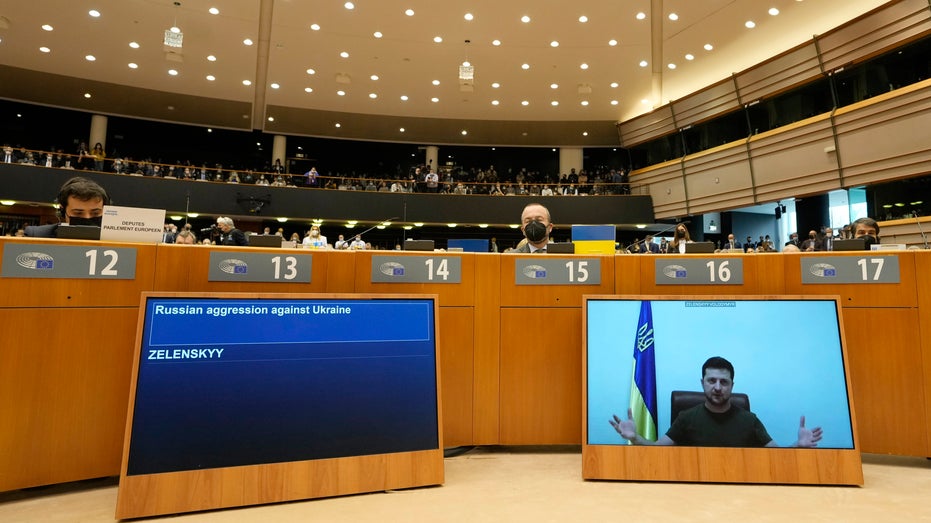 Efforts to agree on a boycott are complicated because some EU countries, including Germany and Italy, are much more dependent than others on Russia. Poland gets 67% of its oil from Russia, while Ireland receives only 5%.

Rutte said it was essential that the EU should "not (go) hastily in the direction of a complete ban on gas and oil from Russia."

"Because we are very much dependent, that’s the painful reality," he said. "(A ban) would have huge ramifications on all our economies … but even up to Ukraine itself, because we still have to find the diesel to put in the trucks which are driving into Ukraine to help them."

Some countries could however decide to go solo and impose an embargo even without an EU deal, since members are free to make their own energy choices.

How to change student loan servicers