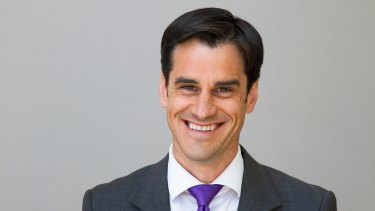 Mark McCrindle, social researcher, said the cost of housing is just one of the reasons that more adult children are staying at home for longer.

The rising cost of living, including surging property prices, means many young adults don't have much choice other than to stay at home, according to Mark McCrindle, social researcher and founder of McCrindle Research.

"Whether young people rent or own their home with a mortgage, moving out of home can be a costly experience," Mr McCrindle said.

Sydney, Melbourne and Hobart have seen housing values rise at a faster rate than household incomes, which has eroded affordability.

CoreData figures show that in 2019 the typical Sydney household was spending 8.2 times their gross annual household income in order to purchase the median value dwelling, up from 6.6 just 10 years ago. Melbourne households are spending 7.2 times their annual income, up from 6.4 in 2009.

Younger generations are also spending more time in the education system, which leaves them with extra HECS-HELP debt.

The number of people with postgraduate degree qualifications increased by 46 per cent in the five years from 2011 to 2016.

Young people are also delaying getting married or partnered, as well as having children. That can mean their parents may delay downsizing their family home, on top of the additional expenses of having adult children at home for longer, Mr McCrindle said.

However, it is far from doom and gloom for younger generations. They are likely to often have a better earning capacity than their parents, will live and work longer and many will receive help from their parents to become homeowners, Mr McCrindle said.

Still,  those without access to the "bank of mum and dad" are likely to struggle to come up with a home deposit; often cited as one of the biggest reasons that prevents people from getting onto the property ladder, he said.

Places in the Morrison government's First Home Loan Deposit Scheme, touted as a quick fix for first home buyers, have been quickly snapped up since the scheme started at the beginning of the year.

Under the programme, the government goes guarantor on the first-home buyers' loans. That enables first timers to get into the market earlier with a smaller deposit.

However, just 10,000 places a year are being made available – about one-tenth of the number of first-home buyers each year.

Mr McCrindle said the next couple of decades will see older Australians pass on much of their wealth in the biggest intergenerational wealth transfer in history.

How Omicron could be the answer to our economic prayers