The world has given Australia a pay rise. Perversely we have become a beneficiary of the post-COVID supply chain constraints and European war-induced energy crisis.

As such we have once again earned our Lucky Country label as the world scrambles for the commodities we produce – minerals and grain. 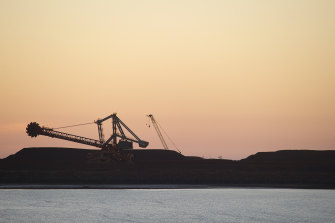 The world is paying up for our minerals.Credit:Getty Images

How long that moment in the sun will last is not clear as the fog of war and COVID eventually clear. But right now the world is throwing more money at Australia than ever before, according to Deloitte Access Economics’ quarterly business outlook.

“Usually the world gives Australia a pay cut in global recessions, marking down the price of the stuff we sell to others. Not this time. Relative to import prices, export prices spent most of 2021 at record highs – higher than at the top of the resources boom a decade ago,” Deloitte says.

“Then came the war. Australia sells the world energy and food. Between them, so do Russia and Ukraine. But Russia’s war on Ukraine has sidelined them both, leaving the world scrambling for Australian gas and coal, and boosting prices for our iron ore and wheat too.”

That’s not the only good news.

The COVID economic bounce back in Australia has been stunning – faster and better than was anticipated. If measured using employment as a yardstick, Deloitte, which forecasts that population growth won’t get back over 1 per cent until 2023, notes the economy is within a whisker of reaching unemployment levels of 3.5 per cent – levels not seen in 50 years.

But weakness in consumer confidence tells a different story – one that suggests we are not feeling the buoyant conditions that statistics are pointing to. Some recent COVID peaks and the war in Ukraine haven’t helped nor has the impending federal election. But in large part this is because inflation pressures felt by Australians have not been offset by wages growth.

“It doesn’t feel (buoyant) because so far, the strength is concentrated in jobs rather than wages. And strength in jobs is good news for the few, whereas the bad news still here in wages is bad news for the many,” says Deloitte.

Thus while the country has been given a global pay rise the workforce hasn’t.

Prices have shot up ahead of wage growth and this has coincided with the government’s consumer and business stimulus being removed from the economy and the beginning of a period of rising interest rates. And whether this strong labour market will remain long enough to garner wage growth remains to be seen.

“The current strength won’t last. Unemployment can’t go much lower, and commodity prices can’t go much higher. We’ve ridden the current wave spectacularly well, but it has taken us about as far as it can,” Deloitte says.

“Now comes the tricky bit. Commodity prices will fall, and interest rates will rise. Neither should enormously damage Australian economic growth, but the best of this cycle may soon be behind us.”

It argues that the rapid rise in interest rates won’t do much to lower inflation because while it might reduce demand for goods it won’t increase their supply. 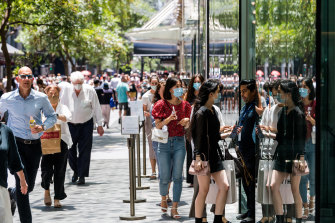 Consumers are not the only group not feeling the Lucky Country joy. The supply chain crisis and the massive rise in the price of energy have been disproportionately felt by the manufacturing and utility sectors while the building and construction industry, wholesalers and retailers are having to grapple with the balance between passing on higher costs to customers or lower dividends to shareholders.

On a more global scale, the supply chain and energy shocks impacting the world economy bring into sharp relief the debate around “deglobalisation”.

The benefits and disbenefits of globalisation have long been debated. While there is recognition that free trade has improved productivity and economic growth, how that growth has been unevenly distributed has been the subject of justified criticism.

There is little doubt that COVID has contributed towards deglobalisation as sovereign nations have been forced to confront the cracks in our economic interdependency as security of supply has affected everything from manufactured goods to pharmaceuticals.

Deloitte argues the seeds of deglobalisation were sown in 2016 when the US launched a trade war against China. “That led to the sharpest increase in effective US tariff rates since the 1930s. China, too, despite giving lip service to the benefits of globalisation, imposed restrictions on cross-border capital flows and encouraged greater autarky in the production of goods. At the same time, populist ideology grew in popularity in multiple countries, offering a counterpoint to the argument for globalisation,” it argues.

These seeds have been turbocharged by the war in Ukraine and COVID, particularly the quest for energy security.

Deloitte argues the benefits of globalisation have not disappeared because companies will still be looking for the lowest cost goods delivered in the most efficient way.

If COVID and the war amount to more than just a speed bump in globalisation there will be ramifications – potentially higher costs and lower innovation.

As such it could play into longer-term growth for the global economy.

5 ways to pay for a home office remodel