Many mortgage holders are scratching their heads wondering how the Reserve Bank pushing up yet another element of their cost of living will help achieve anything.

So, perhaps it’s time for a refresher on how interest rate rises help to cool price pressures in the economy and why that’s good for us all, in the long run. Even if the bank doesn’t pull the trigger today, it will in the near future. 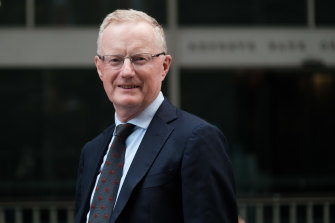 In short, interest rate hikes work via four distinct “transmission channels”, of which the hit to mortgage-holder hip pockets is just one part. But as it’s the one most commonly reported on, let’s start there: the so-called “cash-flow channel”.

Remember that roughly a third of Aussie households have mortgages. The other two thirds are roughly evenly split between renters and people who have paid their mortgage off.

For households with a home loan – provided they’re not on loans with a fixed interest rate – higher interest costs eat a chunk out of their disposable income, defined as income left over after taxes and all living expenses.

Such households are likely to cut back on other purchases, reducing spending in the economy, and taking pressure off prices.

What about the remaining two thirds of households? Well, higher interest rates actually help households with cash savings – such as in term deposits – which can include renters aspiring to be first home buyers, but mostly comprise retirees. Higher interest rates boost the disposable incomes of such households.

However, there are fewer of them, compared with borrowing households, so the Reserve Bank is confident the net effect of higher interest rates is to crimp households’ ability to spend.

A second way in which higher interest rates help to cool inflationary pressures in the economy is the way they change people’s decisions to save versus invest.

And by people, I mean not just households, but also businesses. 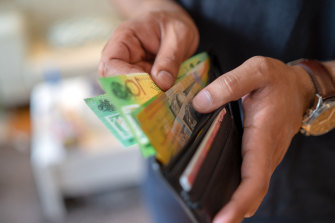 Increased interest rates may see the Australian dollar appreciate against other currencies.Credit:Lauren Vadnjal

Generally, higher borrowing costs are an incentive to save and a disincentive to borrow to invest. The opportunity cost of spending your money today – rather than saving – effectively goes up because you could instead put it in the bank and earn higher interest than before. So, you save more.

And vice versa. The cost of borrowing to invest also goes up because of how much extra money you have to plough into interest payments. So, you might borrow less.

The effect of both these changes in incentives is to delay purchases – including by businesses – which reduces total demand in the economy.

Why is reducing demand important? Well, remember that the price of anything is determined by the twin forces of supply versus demand; when demand for something falls – all other things being equal – prices also fall. That’s the gist, at least.

A third and important way that interest rates help to cool inflationary pressures is via a reduction in the “wealth effect”.

Ultra-low interest rates have spurred a massive ramp up in borrowing by households, mostly to fund property purchases. This has hurt potential buyers, but made many current homeowners feel like their net wealth has vastly improved. When you think you’re wealthier, you act differently. You splurge a little here and there in the expectation you can use your higher wealth as income at some point down the track, perhaps in retirement.

Ballooning asset prices also encourage people to tap into the accumulated “equity” in their loans, to either fund current spending or borrow further, perhaps via an investment property.

Higher interest rates put a stop to some of this, by making it harder for people to afford to borrow as much and push up home values. So higher rates diminish some of this “wealth effect”.

Finally, higher interest rates also work their dis-inflationary magic via their impact on the Aussie dollar.

Higher interest rates increase the appeal to foreign investors of owning Australian dollar denominated assets. To buy those assets, they need to buy more Aussie dollars and so this pushes up the value of our dollar.

Basically, it’s complicated. But it works.

Yes, it means higher costs for some mortgaged households. And that will hurt. But the bargain-basement borrowing rates we all got used to were simply too low to last.

The party had to stop at some point. And it’s better it does now, before inflation takes hold.

Nobody benefits from too much inflation. Inflation erodes the future value of all our savings, meaning a dollar tomorrow is worth much less than a dollar today, which in turn means we all have to keep working much longer fund the same standard of living in retirement.

It’s a portion of pain now to protect us into the future.

Our Reserve Bank is only aiming for the latter, for now.

Yes, the pain falls unevenly across households. But that’s the way of it. Borrowers have had it good for a long while. Let’s hope you banked some of the savings.

Jessica Irvine is author of the new book Money with Jess: Your Ultimate Guide to Household Budgeting. You can follow more of Jess’ money adventures on Instagram @moneywithjess and sign up to receive her weekly email newsletter.